Iv been struggling to put this together, but I really don’t want to leave it any longer than it already has been, so here we go....

WELCOME TO MANKFESTER: THE RESULTS!

Starting with the lowest of the low, proving that there is no place in the Grim dark future for happy colourful woodland creatures (or ninja turtles), being outed by his own gang replaced by Michelangelo, with the lowest score and winner of the broken stubgun (which got seized at the airport:true story)

Next, is the guy you all know and love! And now he’s got a trophy to prove it!
Showing that it doesn’t matter how bad you suck at a game, what really matters is how great your minis look! (It helps when you look this good too)
With the most votes for best gang and the winner of The Golden Troll Trophy 2019...

Damn trolls *grumble grumble*
Other notable Yaks for this category: (or LOSERS as I like to call em’!)
@prewarsalad @Ned Noodle @ClockworkOrange


With a record number of head wounds, this next category would have been a one horse race, ...if it hadn’t been for all the other gangs presumably drinking the Canal water!
In recognition for his work with the criminally insane, the diocese of Mankfester Dome have seen fit to bestow the title of Arch Bishop of Mankfester to his leader Zeus, and invite him to sit at the mini golden throne of the cathedral to restore belief in his most holy Emperor in the drug crazed populace, and to collect the donations of the faithful on behalf of the Ecclesiasty!
Either way, he is sat at the top seat at Spafe’s Tea party, with the most head wounds received...


Having spent their whole lives in the ash wastes, mining ceramic and fighting raiders, their hard and unforgiving attitude served the newly arrived Torpedo Morton well in Mankfester Dome!
However, much could be said about their outlandish fashion sense, with their traditional garb of tunic and tights, frightening the life out of the locals!
With his luxurious purple long coat, his intimidating cane, and his fierce hat! The leader of the Crust Panzers has received the title Pimp Daddy! Tho, if he wishes it to be something else, then that’s cool! please don’t slap me again!
With the most survives against the odds, The most manly award of manliness goes to...

The only other Manly Man of Note:
@prewarsalad

Becoming a living legend is no mean feat!
But for the Ratskin Scout called Hatchet Face, Braves will be singing his song for years to come!
Single handedly taking down the cruel and unholy institution of Squig Wranglers, the squigs are now free to roam the dome and his people can live as their forefathers once had, following the Squig herd!
The yak with unquestionably the best guide of Mankfester, winning the special prize of Ned’s Mat!....

Other notable guides (perhaps you might indulge us with their stories?):
@Resmire @Biggle_Bear 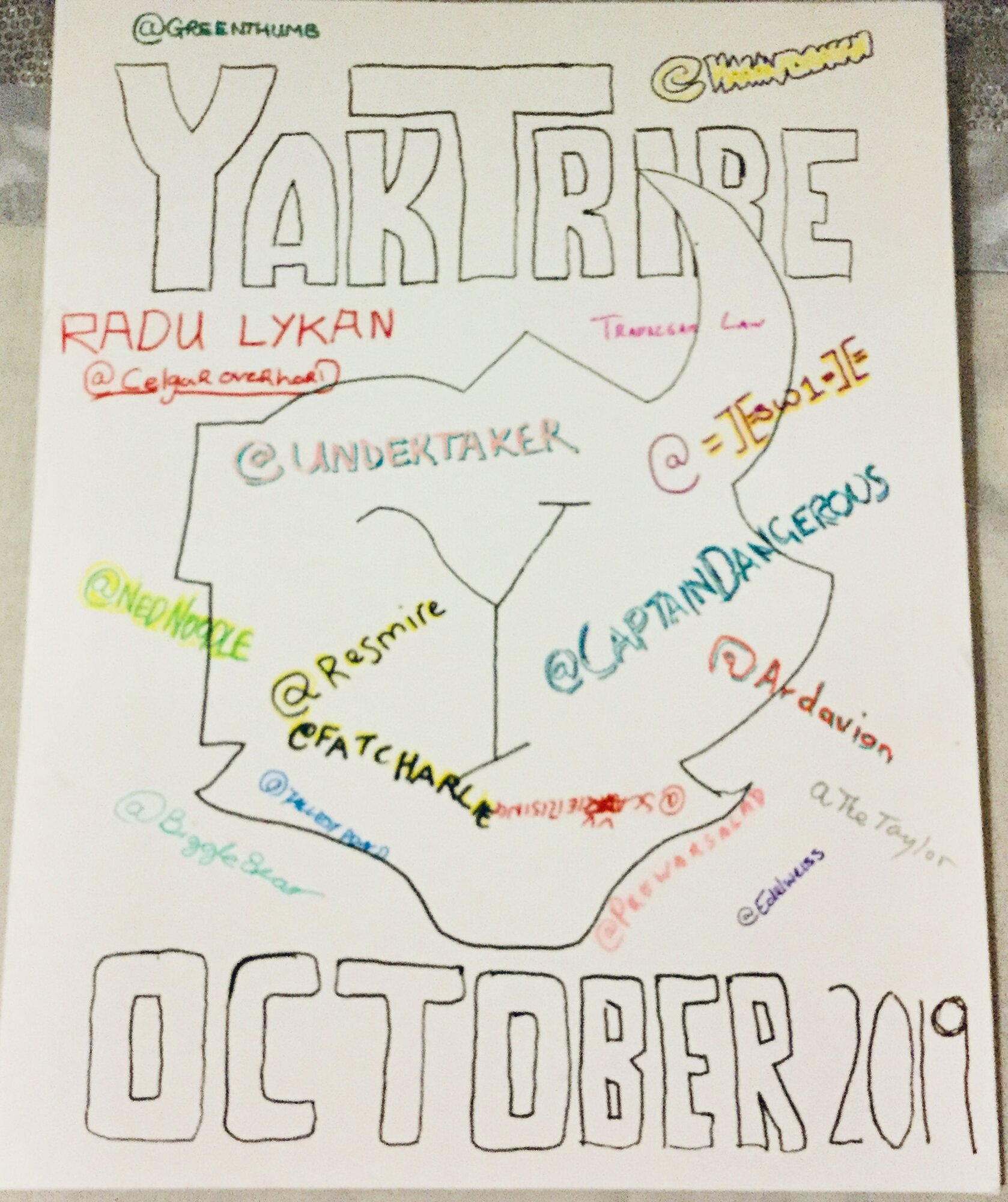 For hunger, for the tribe!

Reactions: undertaker, Scavvierising, Stoof and 8 others

So, Congratulations to @Greenthumb for being the most Mankiest Mank of Mankfester!

We shall invite him to give afew words about how his gang journeyed down such a glorious path to victory! But due to his mysterious Delaque ways, the guild have shown special favour by appointing the Highlife Committee to Official Watchmen of Mankfester City!

Come forth Greenthumb of the Highlife and take a bow!
*the captain puts his hands together for the Mankfester Champion*

Thank you all again for coming along! And thank you all at home who have followed us!
But most of all I want to give a massive thanks to @KungFuPanda @Scavvierising and @Ned Noodle for their most generous donation of prizes!

And a huge personal thank you to my fellow Mankfester Wizards @=][=SW1=][= @Greenthumb and @Ned Noodle, without whom this event would never have been possible, but with whom it has been such a breeze and joy to organise! Thanks fellas!

And a big smooch for @radulykan!

(he swears down he doesn’t like em’ but I don’t believe him!)

I hope you have all had fun, and I hope to see you all again next time!
*captains mankfester salute*

....But until then, I hope to keep reading your awesome battle reports, and sometime in the next few days I should have the updated territory map sorted, and have my own twisted tale of events scribbled down! (With pictures, of coarse)
Thanks again and keep on Yakin’
Reactions: undertaker, Resmire, Scavvierising and 11 others

You honour us both captain. The truth is my board would not have been possible without sw1. The whole event and our inspiration was you captain so dont get too busy handing out praise just yet as you deserve the most.
Even the things you didnt do directly you inspired at least two manky folk to get their a game on.
Big up to the king of the event. The captain.
None of this would have been possible including my interest level and attention to detail without the whole tribe to help inspire .e everyday. You are all lovely people..
The gang I am shocked won to be honest. I was under armed and outgunned most games and it's a miracle I got through it. Thanks to all the people I played that weekend as you helped re teach me the game and score a win for the highlife committee. I'm going to finish the gang properly this week in homage to the event. Watch the yak for more on greenthumb and his trusty squig pal leafy boy.
Last edited: Oct 18, 2019
Reactions: Stoof, Biggle_Bear, CaptainDangerous and 7 others

This was such a blast to be involved in and it's restarted my hobby in a big way. Who'd have thought that I would be finally gaming after such a long hiatus, especially being part of the crew who put on the meet?

The only thing we need to do now is make next year even more fun ... I foresee true night fighting for those who dare and bigger/better boards!!!
Reactions: undertaker, ClockworkOrange, Greenthumb and 7 others

I was going to finish my gang but they seem to have all of a sudden tripled in number. Reinforcements from @Greenthumb and a sudden realization that you can make biker jackets by combining Catachan bodies and GSC arms leading to a raid on my bitz boxes. Think I've now got the start of a small Orlock themed PDF force in my gangs colours forming
Reactions: undertaker, Biggle_Bear, ClockworkOrange and 5 others

You’ve inspired me back into building scenery - see my Plog.

Can’t remember do you @=][=SW1=][= and @Greenthumb have tickets to Yakmeet in March? We need your boards in attendance.
Reactions: undertaker

Not got tickets as not sure I'll be able too make it. I'll send you a PM.
Reactions: undertaker

After the death of Rex(by the hand of the dastardly Trolls) the gang came together and voted one of their number the new Rex as is tradition his original name will never be uttered again. As the new Rex his first course of action was to return to the Mankey Sump Canal, so they could jump on a barge out of the city, the only problem with it was some pesky Escher.

Rex Crawled on to a barge carrying Alphons it was over 'the territory gained wasn't worth the life of the last Rex' he Lamented He would get revenge on the troll king for the death of his friend.

It was time to call in favours and get some serious hardware from the Van Saar manufactorums and he knew exactly what he needed.

The midnight runners would return and they would make the Trolls pay.
Reactions: undertaker, Biggle_Bear, Resmire and 1 other person

Just one toxic orange bomb was enough to make the midnight runners, run.

Rumour has it that J R Troll King managed to stop the ravenous hoards eating the tangy orange flavoured Rex and dragged the unconscious body to “safety”....he might be seen again. Muahahahaha
Reactions: undertaker, Karandrassh and Resmire

Mine is the orange Pin with a clock face top left at about 11 o’clock.

I forgot to add more pins but the Trolls won 3 battles on their one day terror campaign and drive by shotgun non wedding.... 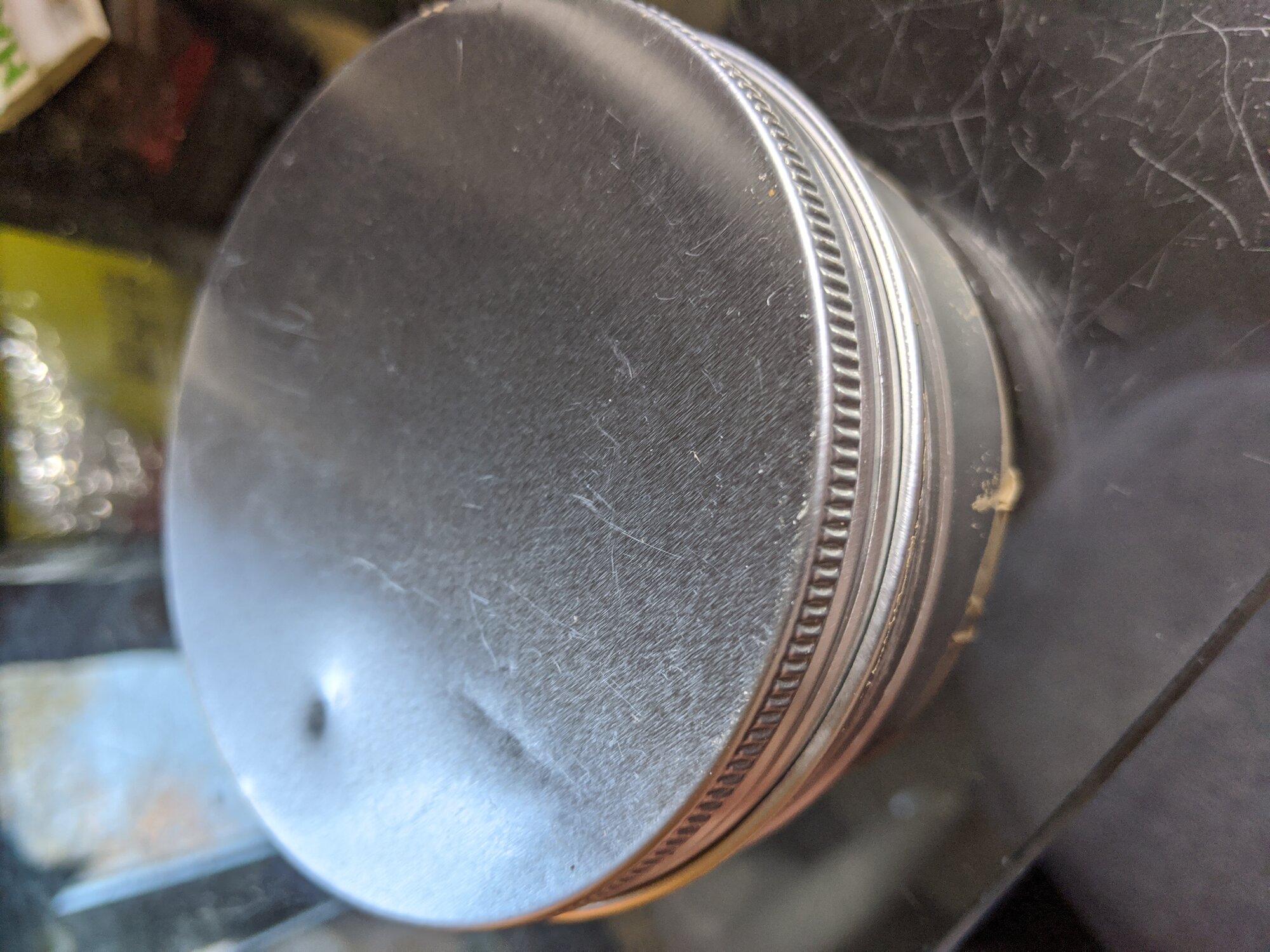 This just arrived.... OOoooo the wonder contained within!
Oooooo I wonder whats in the tin... Arrived today. Contents are in my N.S.S Grizzled pic folder

ClockworkOrange said:
I’d love one of those tins....
Click to expand...

I'll save you the tin bud don't worry
Reactions: radulykan

Iv only just realised I didn’t write up my battle reports!!! FOR SHAME!
I definately still have the pics, so expect a photo bomb over the coming weekend!
You’ll have to forgive my sketchy reporting however, but I’m pretty sure I won all my games with ease, obviously!

But while I’m here, I’m sorry to say Mankfester will have to wait until at least 2022. Hopefully Tribemeet Newark goes ahead unhindered in September, then maybe we will look towards blowing the Yakhorn of Mankymeet sometime around Feb/march!

hope everyone is keeping well!
Cap
Reactions: Scavvierising, Space Truckin, spafe and 3 others

Due to the 10 pic limit, and my 10 minute attention span, I’m just going to smash out the pics first then wrack my brain for some commentary later. Fights will appear in chronological order.

PROLOGUE
The Clones are trying to find their feet, from loss of cloned life and their sunken PLEASURECUBE, So have asked their most trusted friend @Kommissar Shriken to lead the way in Mankfester and establish their new joint buisness venture: CapKom waste management!
He has a brand new dump truck and a cadre of smartly dressed minions, what could go wrong?
ITS TIME TO TAKE OUT THE TRASH! 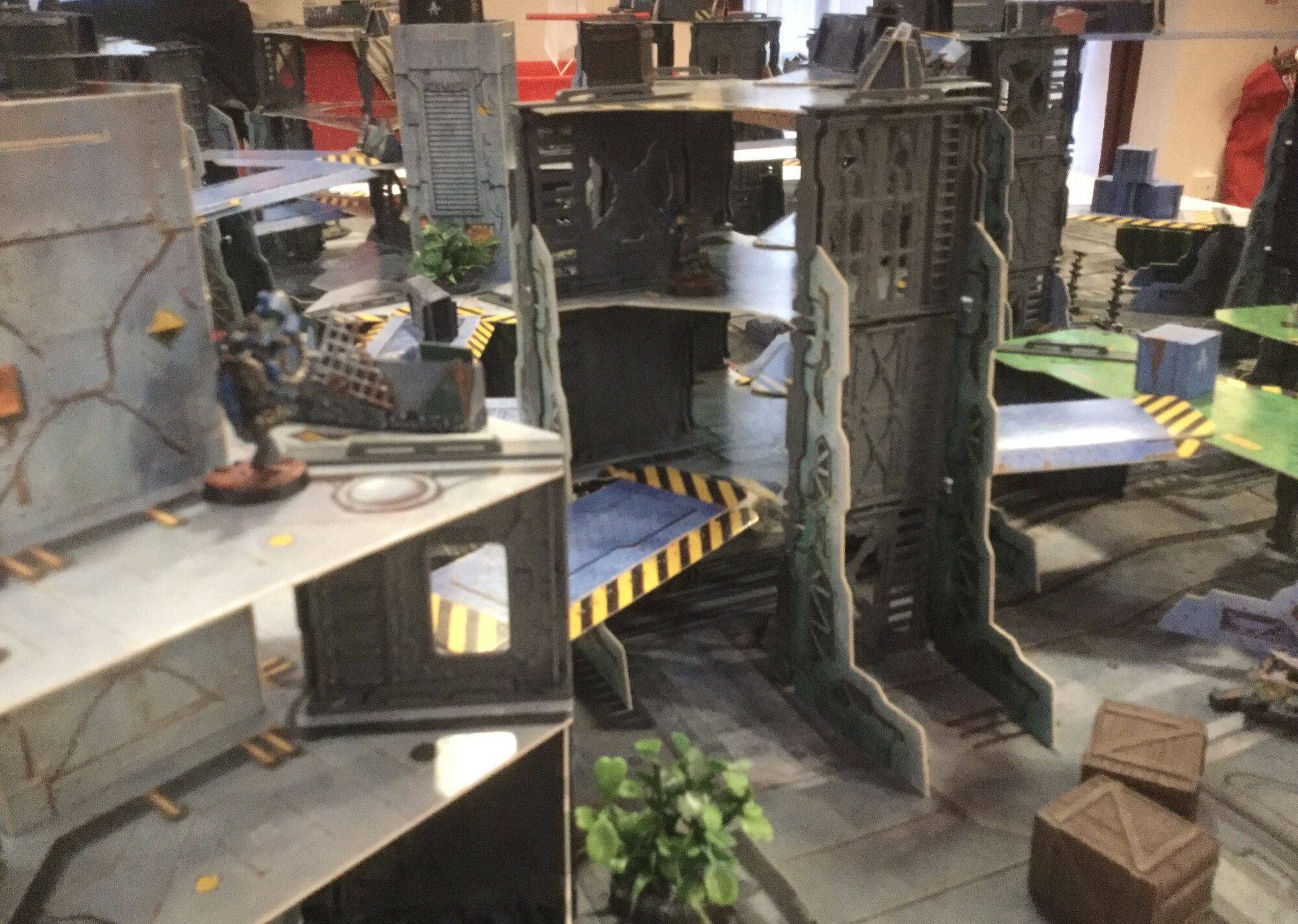 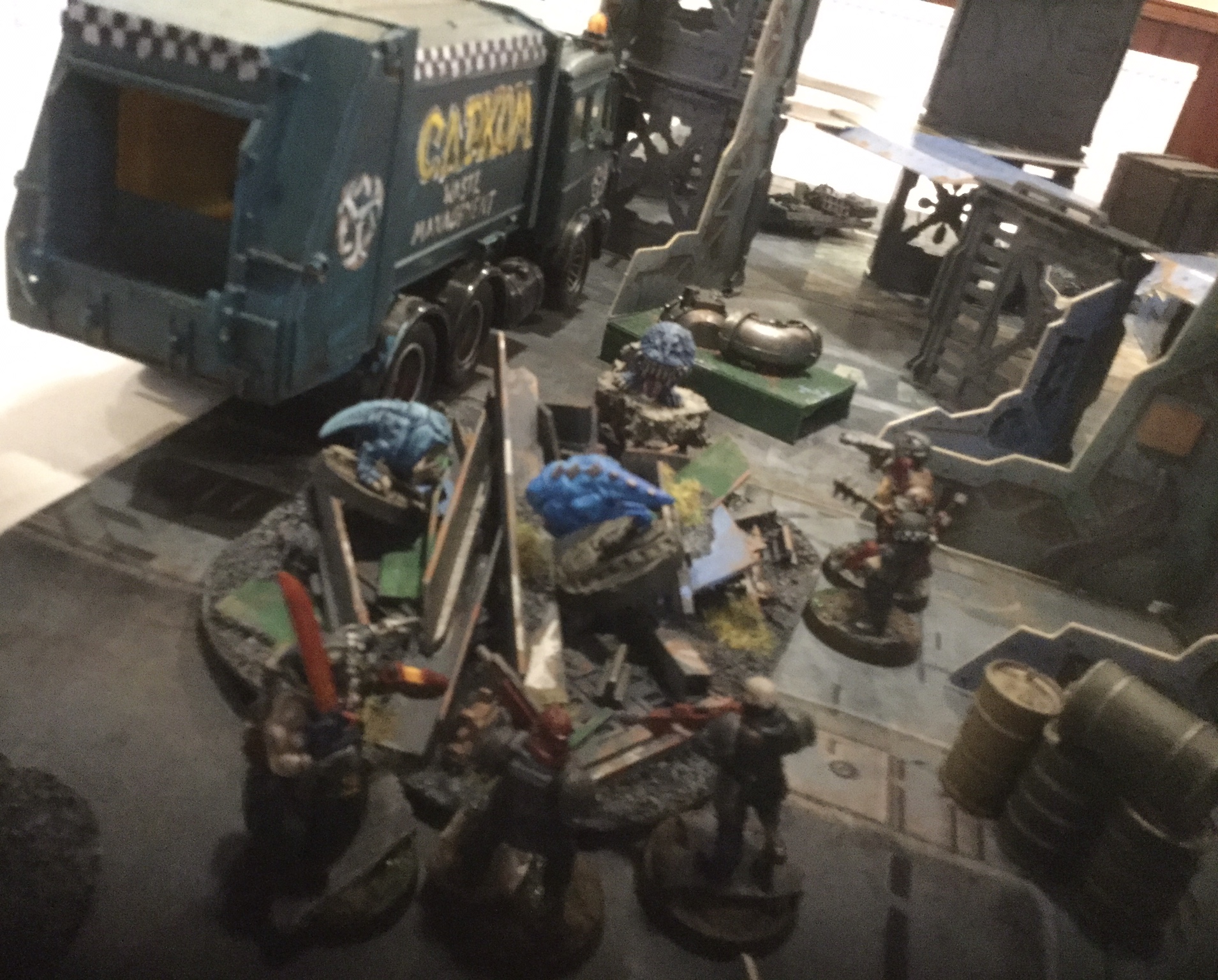 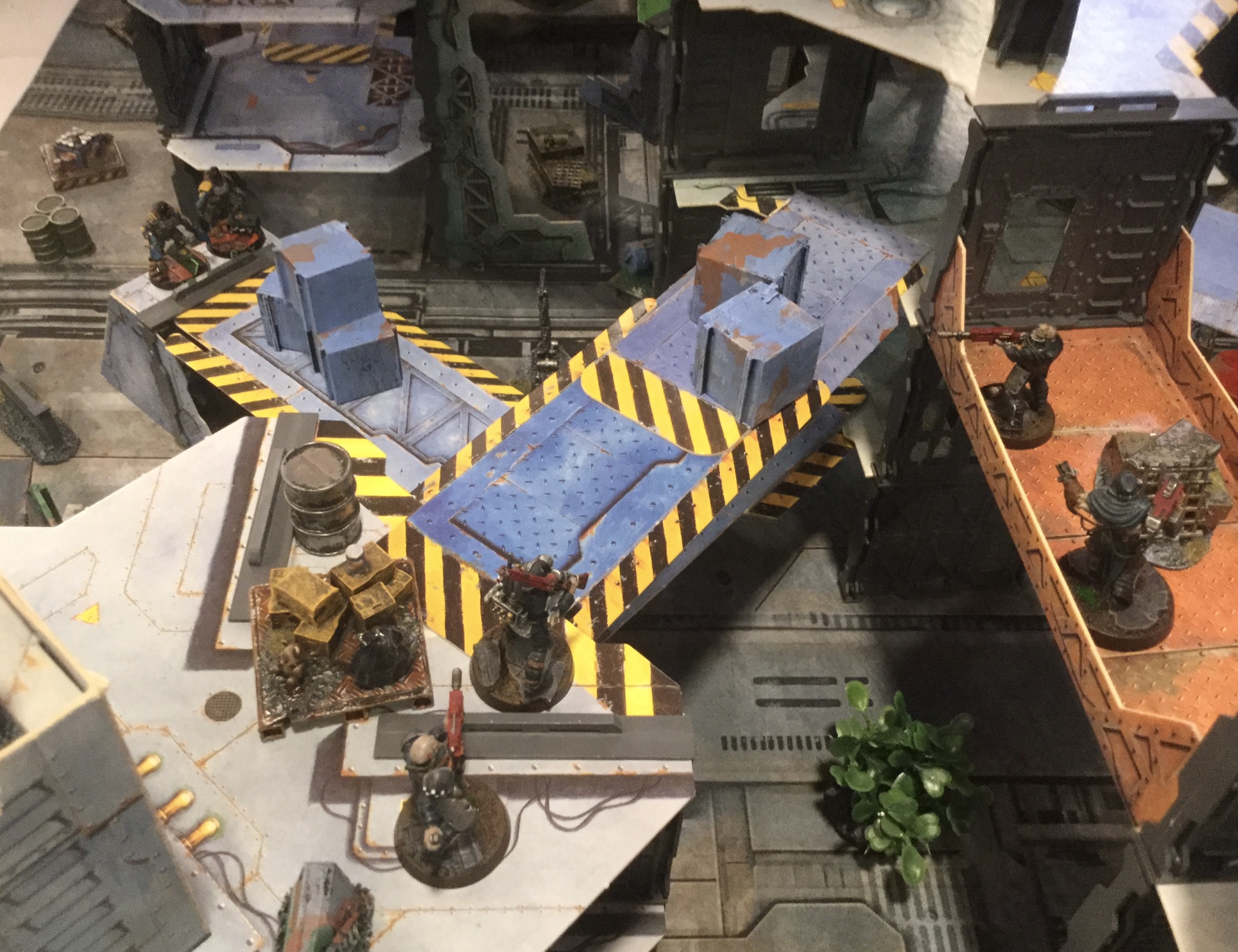 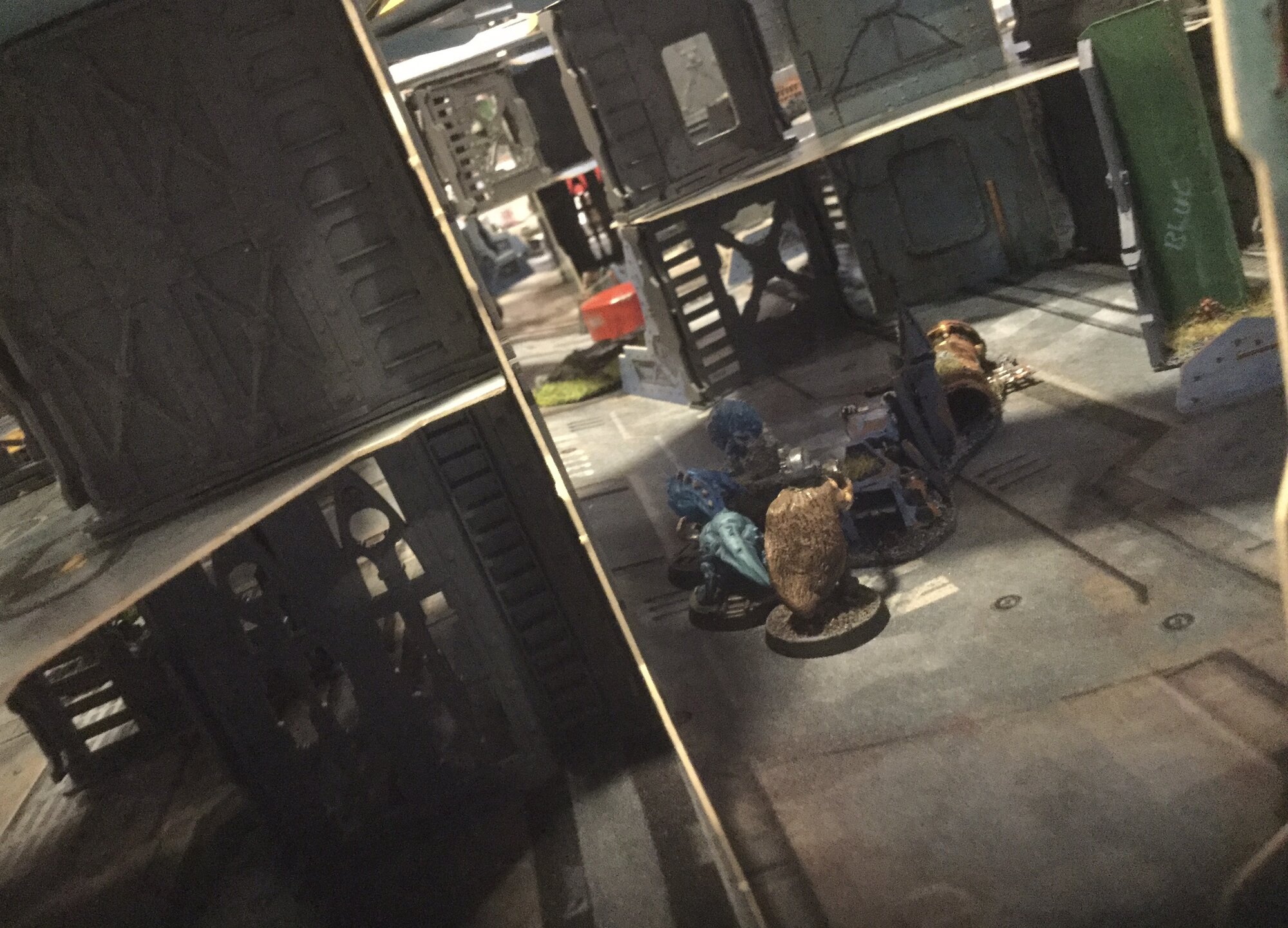 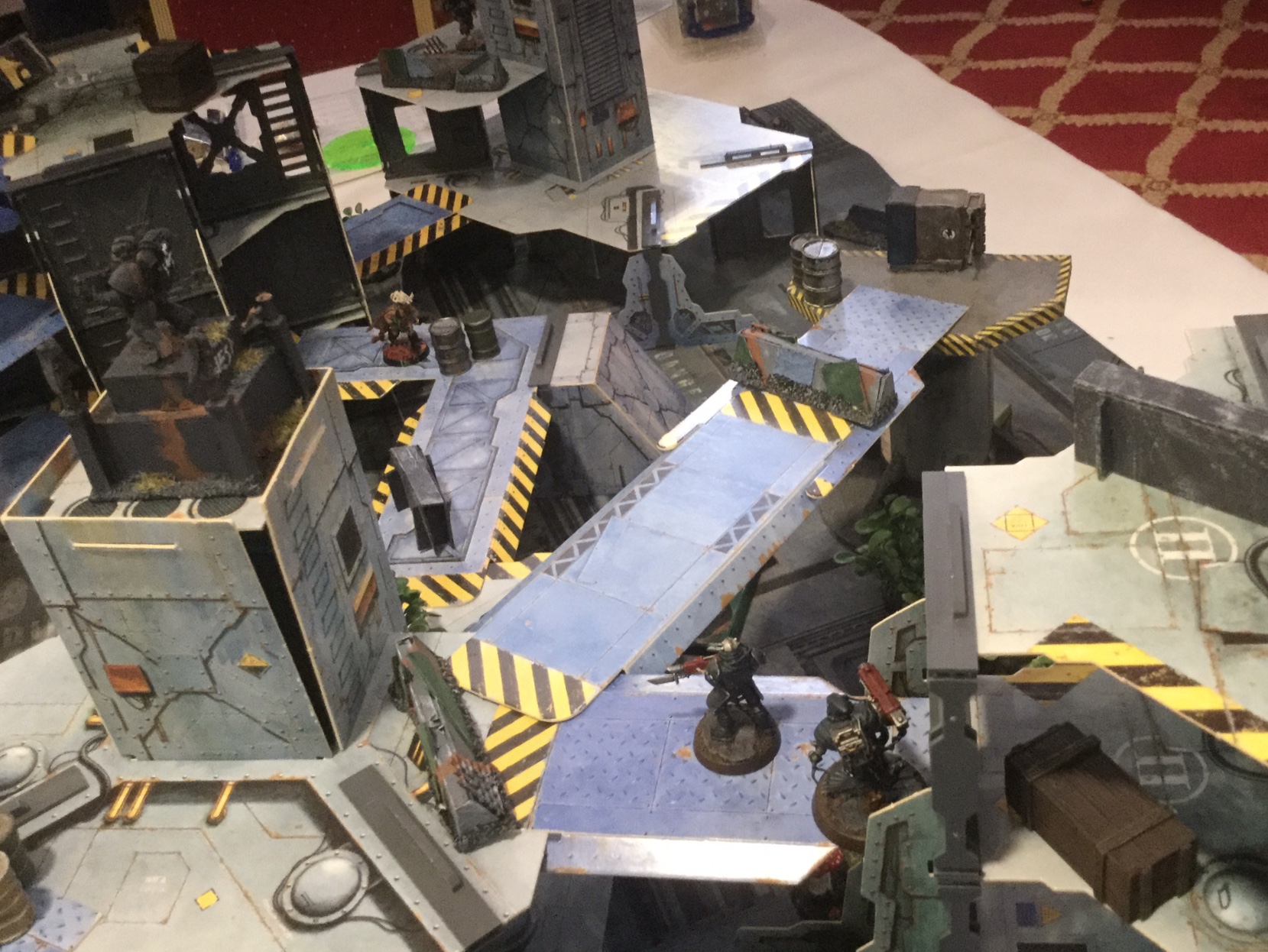 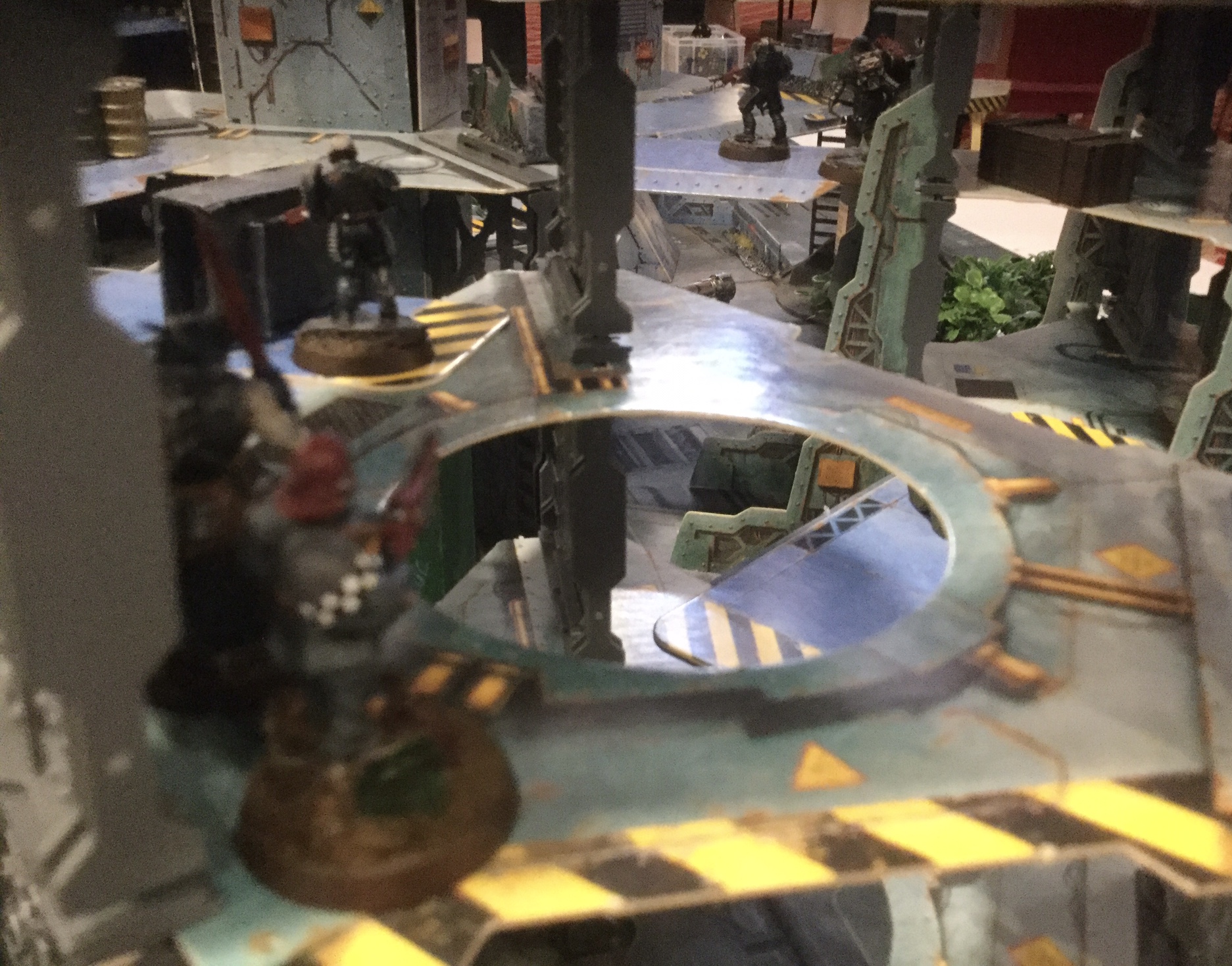 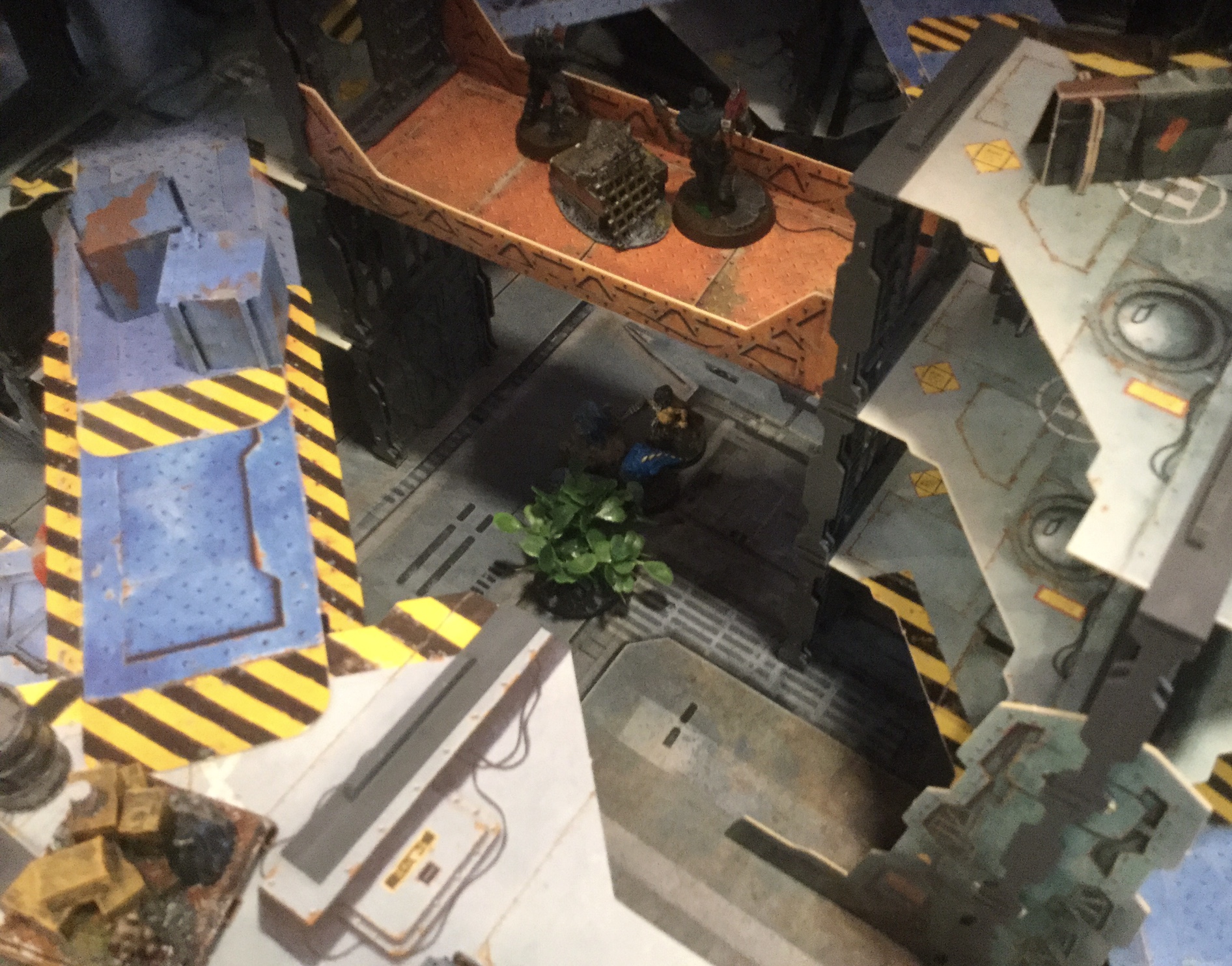 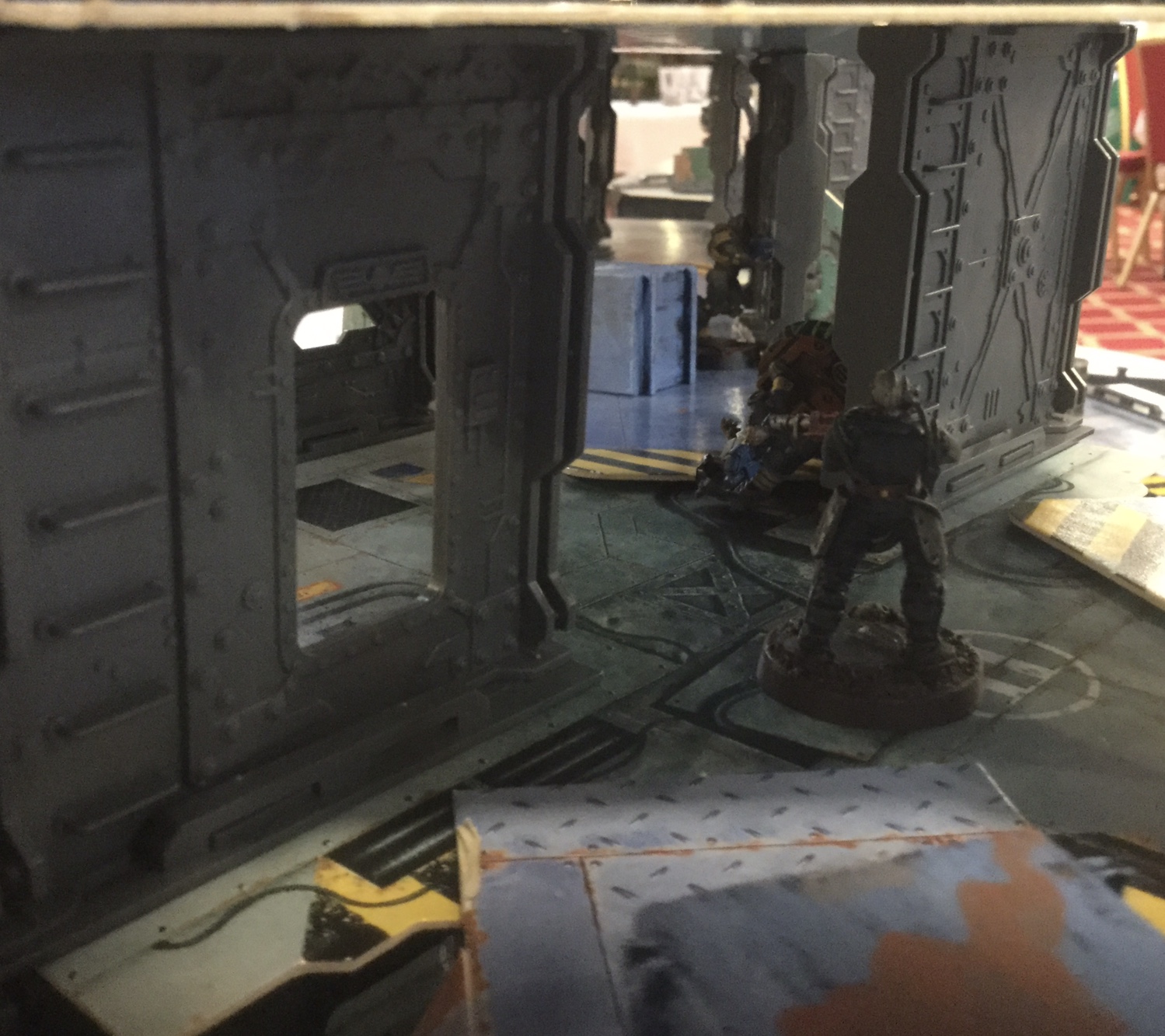 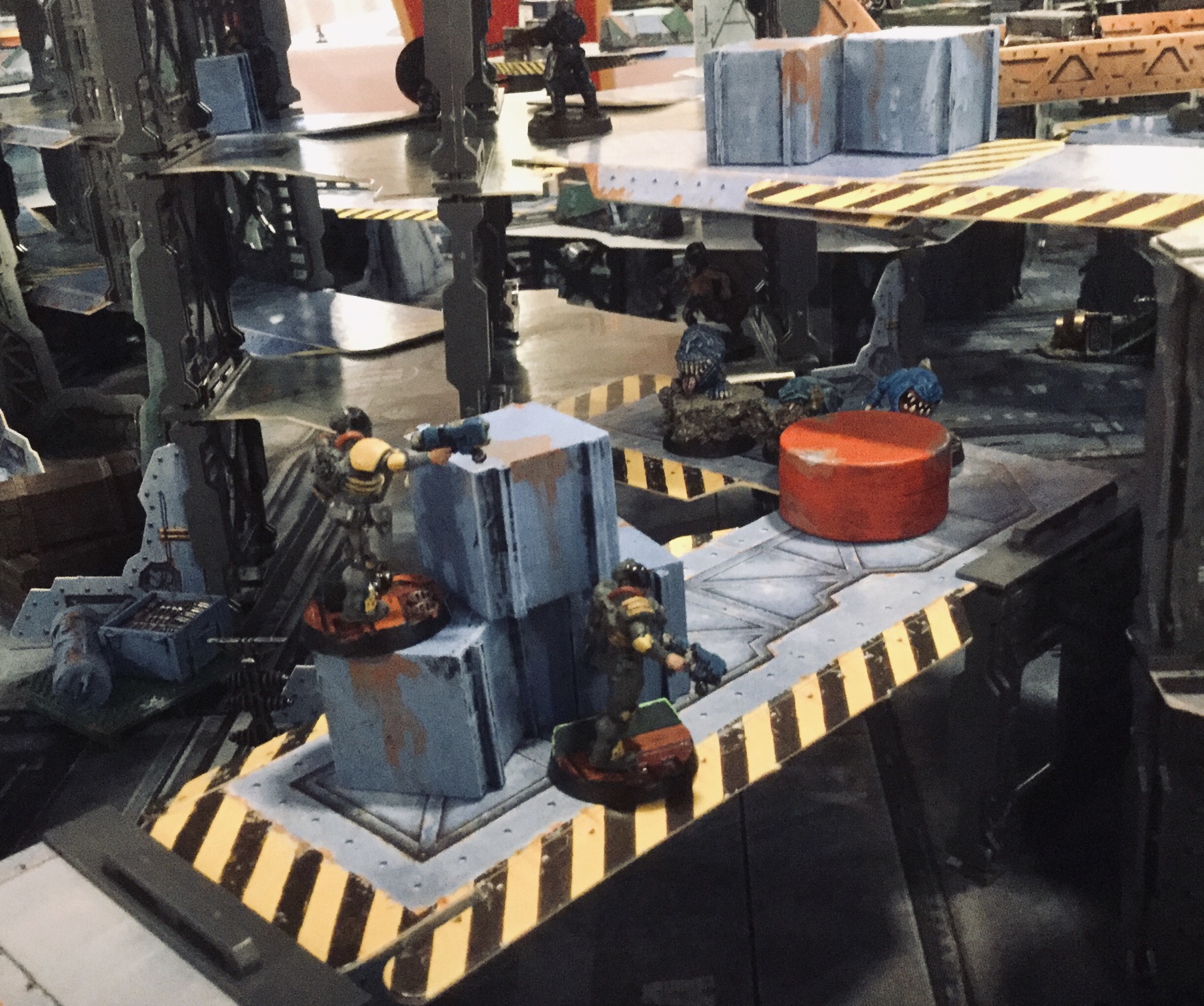 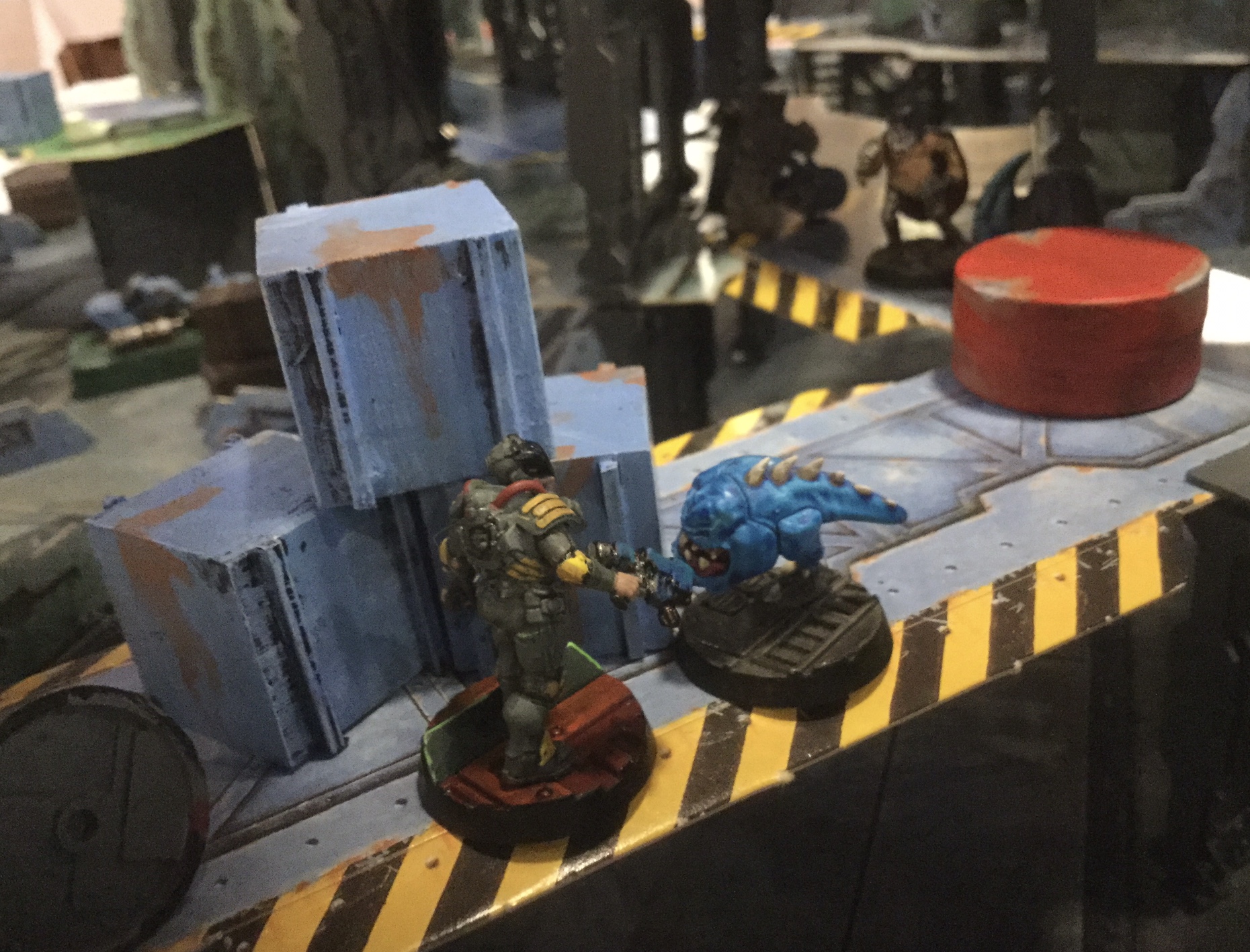 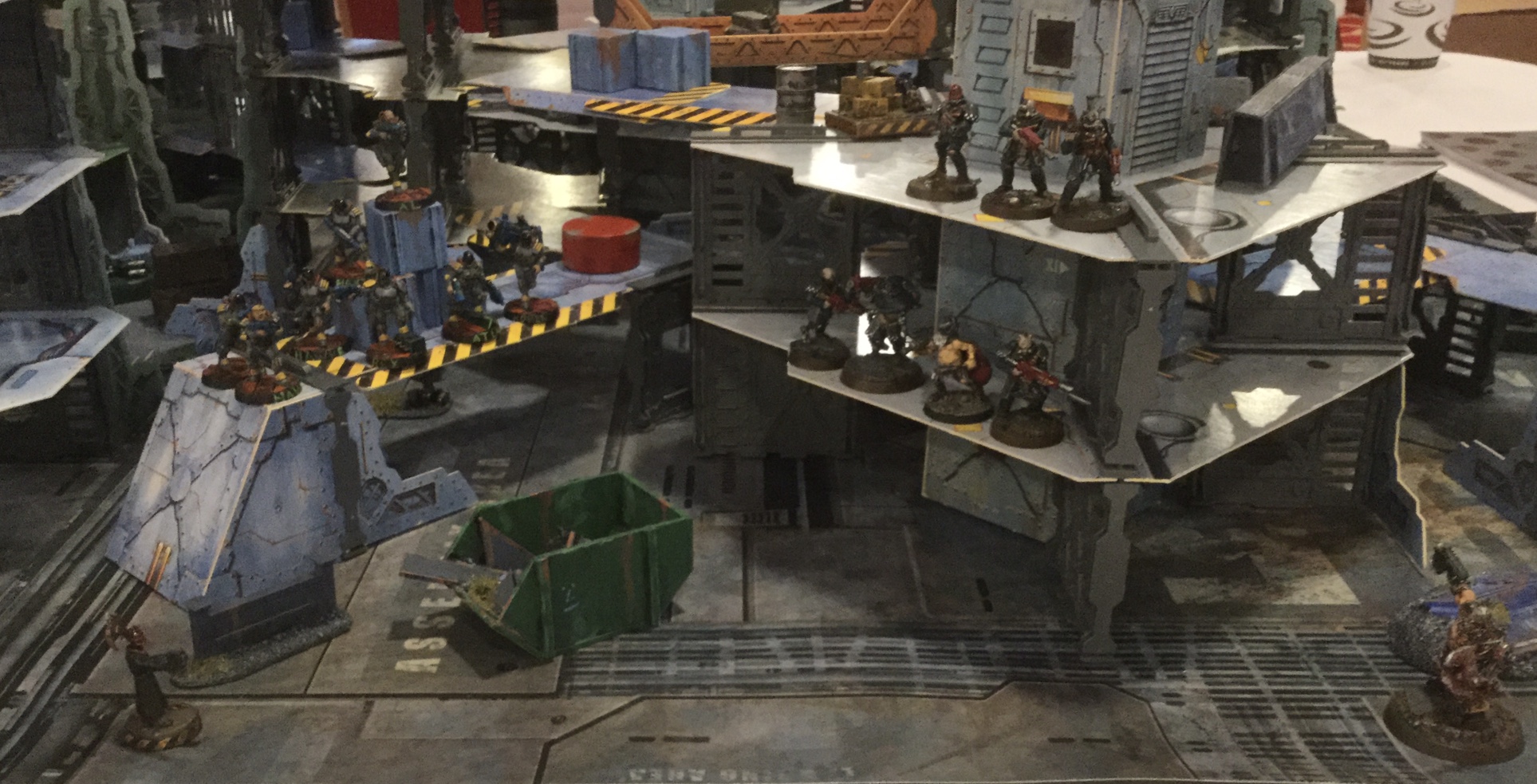 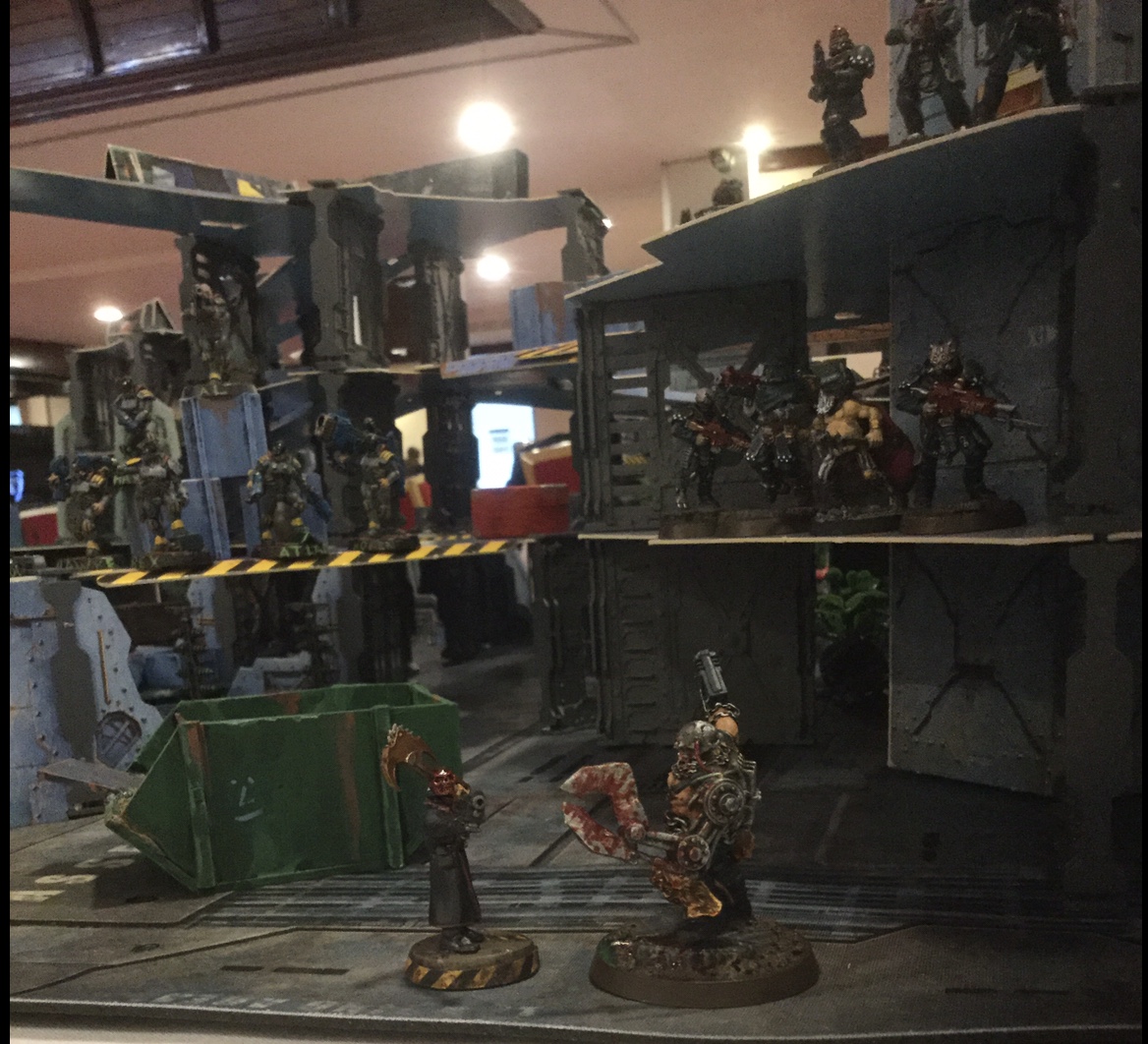 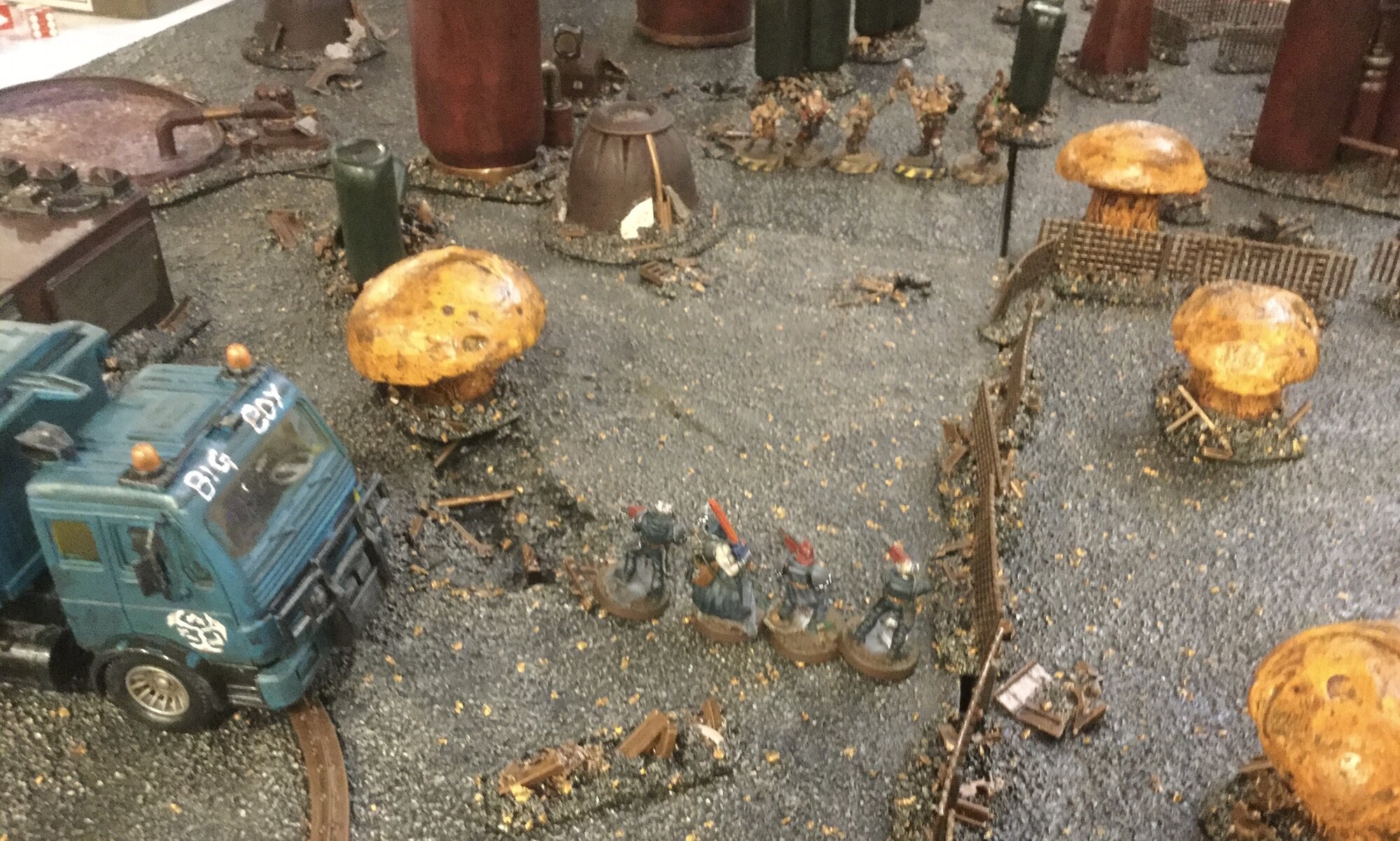 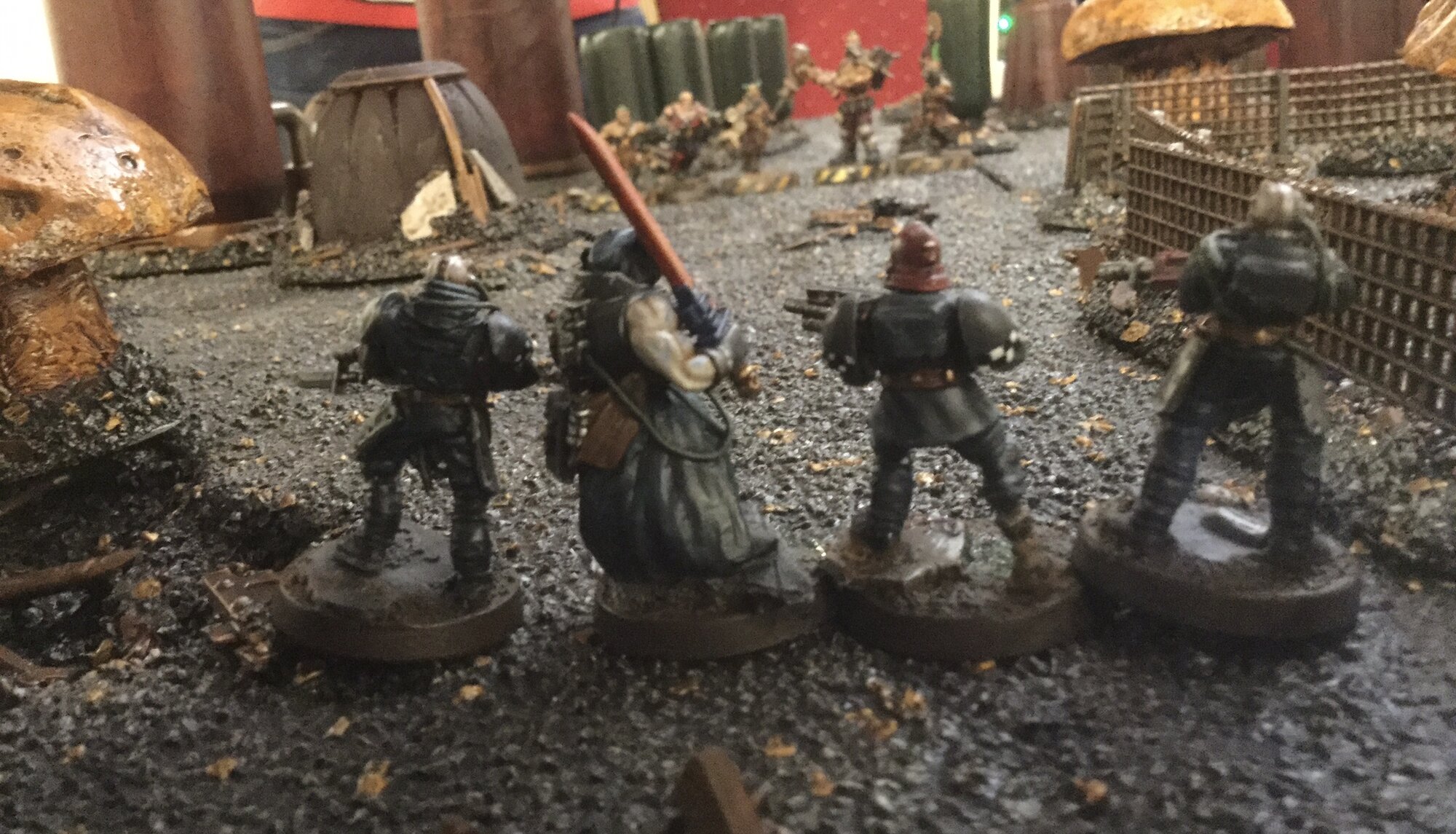 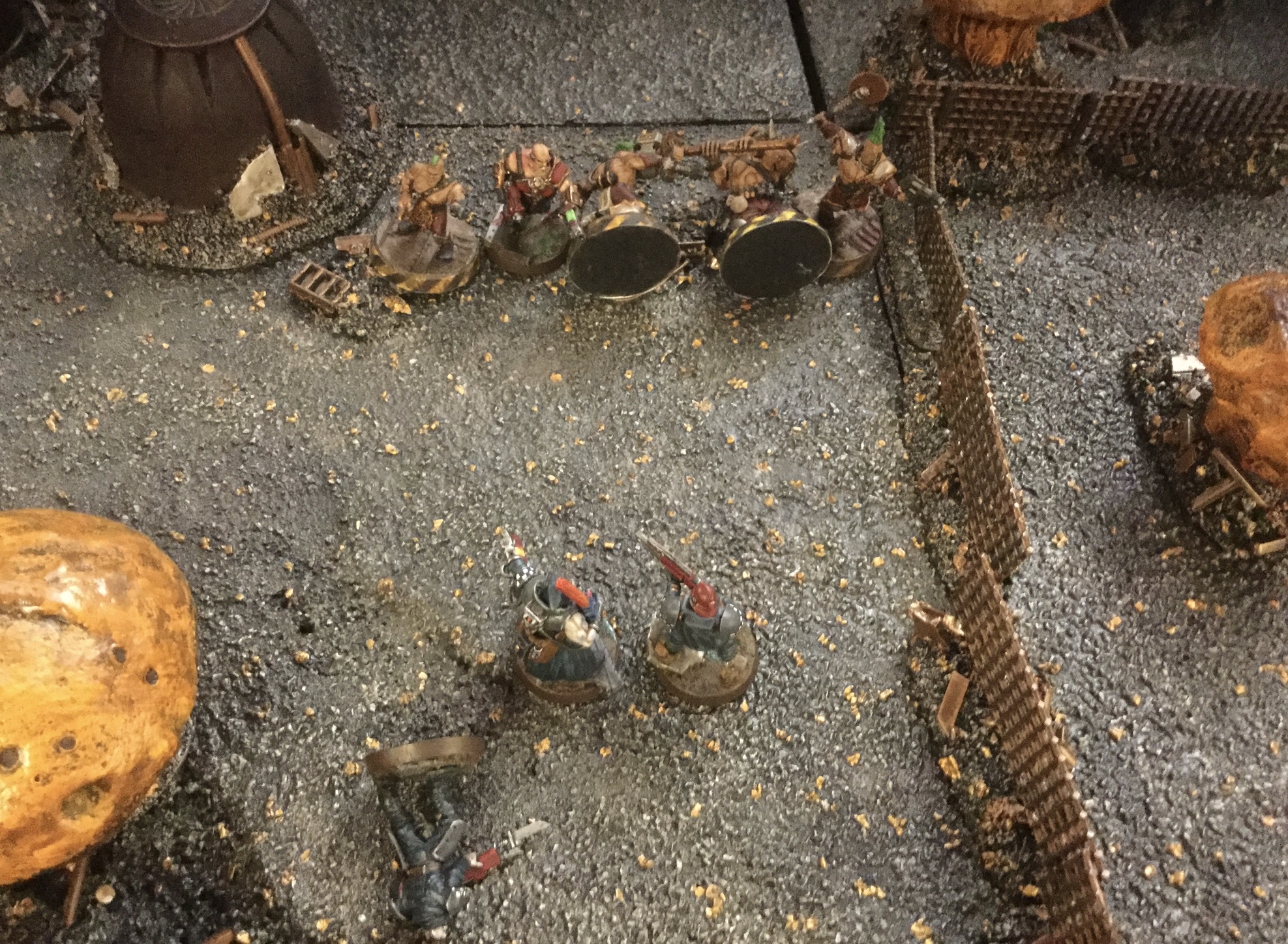 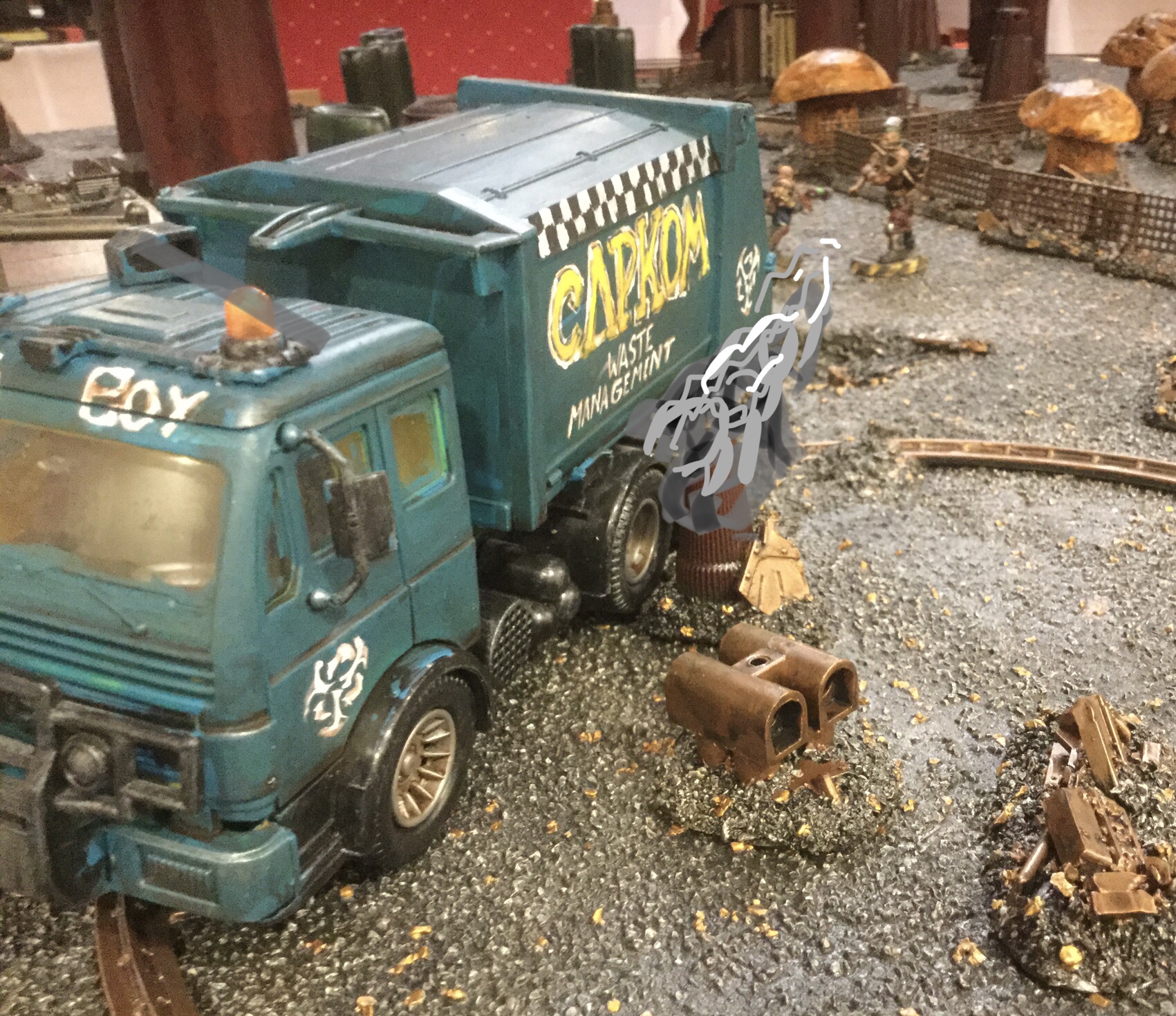 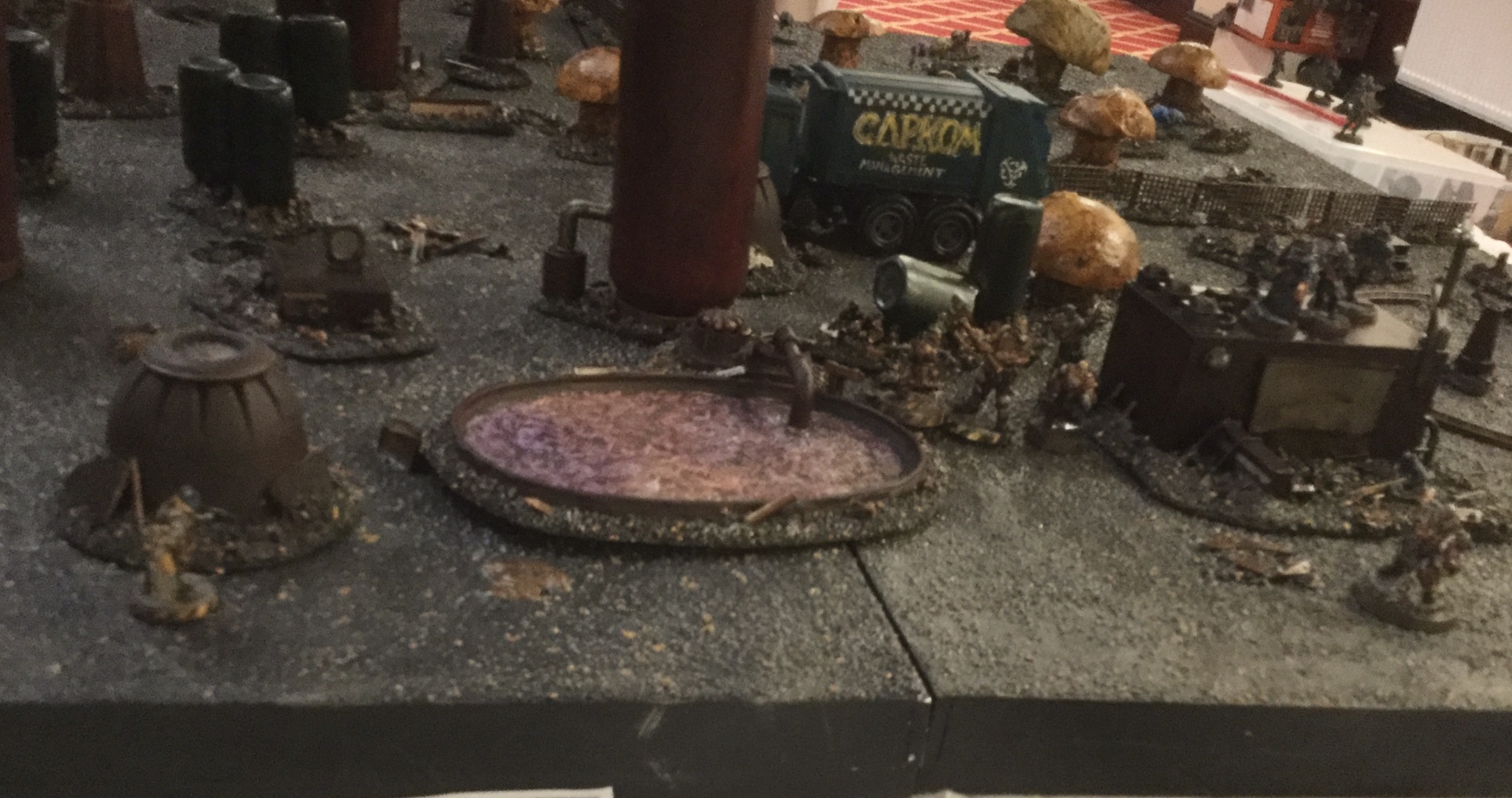 Reactions: Scavvierising, MedMos, Kommissar Shriken and 1 other person
Show hidden low quality content
You must log in or register to reply here.