Moira's Mechanisations it is then. He will have an oversized rotund shell like body. So I can definitely work with M&M.
Reactions: ClockworkOrange

Hi if you’ve bought a ticket today I need your Yak user name to add to the ticket holders list!

Edit - and the winner is @roberto
R

Ha ha sorry got a bit over excited I'm Yak meet virgin. Wanted to attend for a while now but always miss the tickets. I logged on today saw the tickets available and snapped one up.

Also I won't know anybody on the day how are games organised? Is it all one big campaign? Do have to organise opponents prior to the event?

I can provide at least 1 tables worth of terrain (3x3) hopefully 2 by September.
Reactions: spafe, Karandrassh, MedMos and 1 other person

roberto said:
Also I won't know anybody on the day how are games organised? Is it all one big campaign? Do have to organise opponents prior to the event?
Click to expand...

The only real bit of organising is telling the organisers your starting gang rating, and keeping track of your gang rating over the weekend, as well as any other campaign-specific things to track (actual kills, as in Dead results on injury tables, is a staple).
Reactions: spafe, Stoof and ClockworkOrange

@roberto further to the seasoned vet @Ardavion in terms of game system turn up prepared to play the NCE edition of the rules https://yaktribe.games/community/vault/necromunda-community-edition-rulebook.1/ and you won’t be disappointed - we may have some wanting to play the new version(s) but that’s not 100% based on ticket sales so far.

I’ve also put you down for one 3x3 table

Galtarr said:
Ok going to try for this but would probably need to bring along a son. I know there have been lads to past meets. Q? What age yaklings have attended before? And how much gaming experience have they had or needed to enjoy the weekend? Also it means getting two gangs ready. Assume if I have two gangs to NCE rules as per 2019 tribemeet I'd be somewhere close. Event rules not withstanding?
Click to expand...

Yeah I was 12 when I first attended and had played a whopping 1 game previous to coming so experience is no problem
Reactions: radulykan, spafe, ClockworkOrange and 1 other person

tell you what, as it’s you, I’ll do you a special bargain offer of two tickets for £90.23! The Orange Market is there for you! And, And! I’ll throw in a camping pitch for £15.20 per night! Can’t say fairer than that 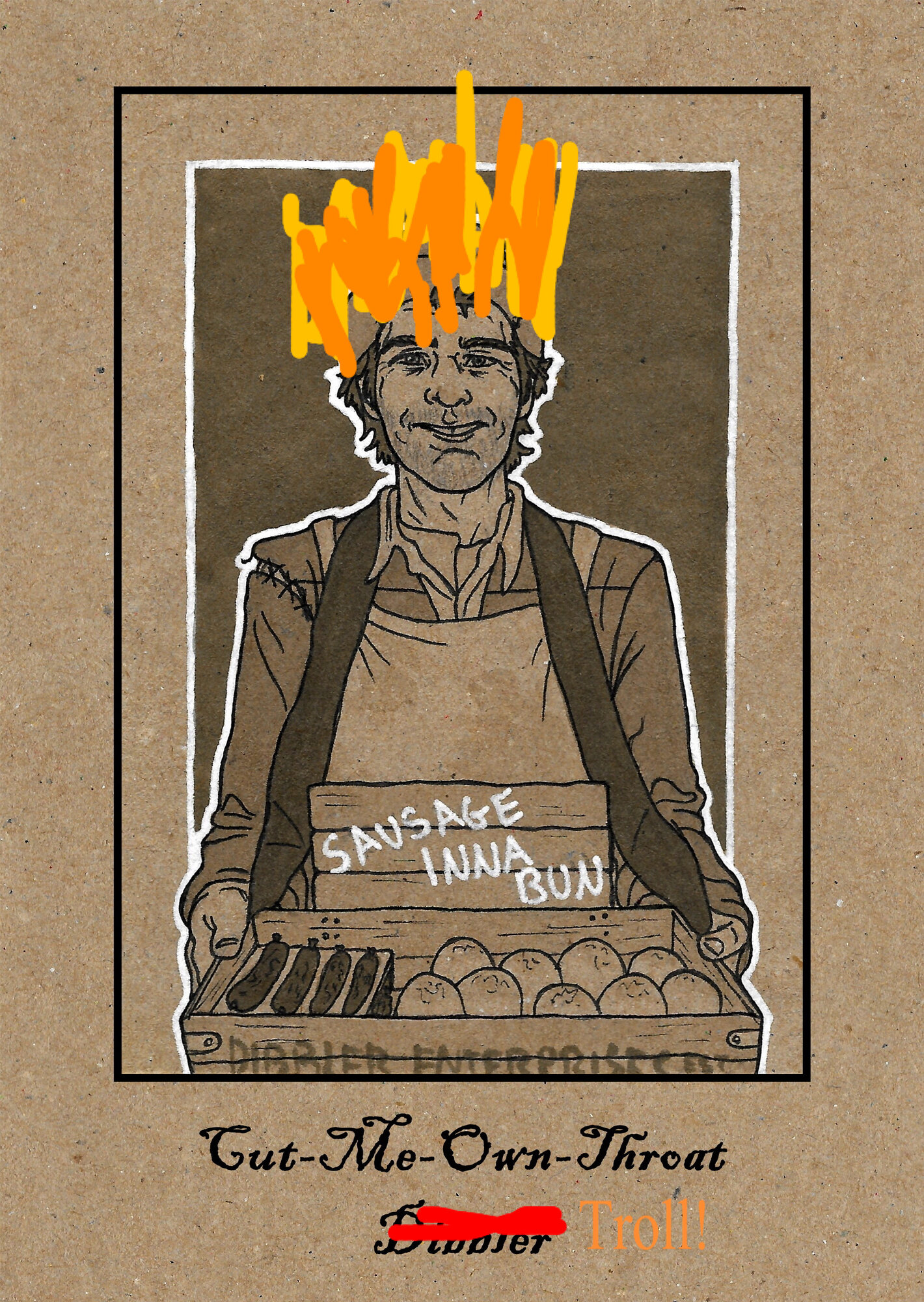 tell you what, as it’s you, I’ll do you a special bargain offer of two tickets for £90.23! The Orange Market is there for you! And, And! I’ll throw in a camping pitch for £15.20 per night! Can’t say fairer than that

Not forgotten and still interested. However, hit a bit of difficulty in the form of crackdown by local hive authority - she's vetoing certain unsanction excursions. But the lad and I will be going to appeal. I may have picked a bad day to run it past her in all fairness, a definite tactical miscalculation on my part...
Reactions: Ben_S

Are you brave enough to face Sir Killalot in the ‘CUBE!? If you are there’s still time to buy (or indeed to pay for 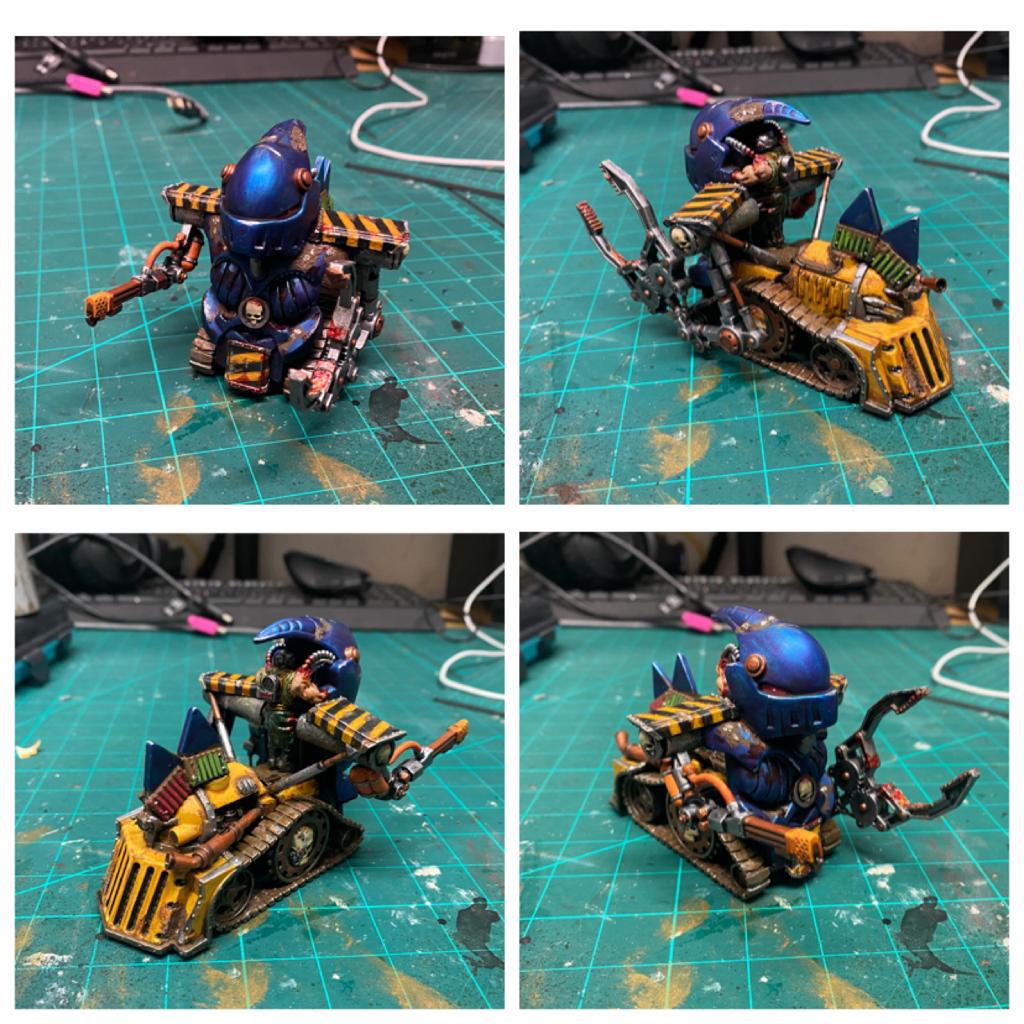 Love the Troll.
Reactions: Mr. M, spafe, MusingWarboss and 7 others

Debtor Yaks your time is up! Time to commit and pay your dues or drop out so we can plan based on accurate numbers.

A crack unit of Trolls has been dispatched to your IP address, for your sake I hope you have a VPN!

Outside their houses right now!

Well at least it wasn’t the Escher one...
Reactions: ClockworkOrange

MusingWarboss said:
Well at least it wasn’t the Escher one...
Click to expand...

I can’t start with level 10 I need to build up to the punishment…..pay up or you get Troll nude DMs!
Reactions: MusingWarboss and Mr. M

will sort my ticket out during lunch, been pretty busy.
Reactions: Stoof and Karandrassh
F

When? 24th and 25th September 2022.
Where? Newark Showground, NG24 2NY, UK.
How much? £45 per person for 2 days
What extras do I get? Dedicated campaign booklet and Mad Robot event mini!
Can I camp? Yes! This year you can £15 per pitch per night
Ruleset? NCE but we have tables for Newmunda!
Are you excited? YES!

“The revolt of Fury’s Rest was over. The authorities fled. The doors were sealed. The Guild of Sanitation opened the valves to wash away the heresy! The food ran out! The Ratman emerged from the dark! A Squat

mining drill fell from the sky! A Troll king was brutally murdered with a “highly skilled” shot! But despite the best efforts of the Authorities some of the Scum escaped to a new dome. This is your chance to continue the story”

To save on Kickstarter fees we will be selling tickets via our own dedicated event website this year here http://www.tribemeet.uk/ but please remember to pay as friends and family to avoid charges.

Up for a gathering of enthusiasts of all things Necromunda for a weekend of action-packed gaming among friends?

The campaign will focus on Community Edition (NCE) rules, but we will also have tables set aside for Newmunda depending on demand and a special dedicated bring whatever you like gaming room if you want a rest from the Hive?!

“Jose pushed back the drainage grate and attempted to drag himself into the flashing neon lights. He was in a sorry state, body singed and cut from several running battles with Them, what was left of his clothes covered in sewage, weary limbs exhausted from the long climb from the dank depths. He began to retch and groan, but then he heard the high pitched squeaking again! He dragged himself out and hurriedly pulled the grate back before collapsing to the floor.

Sometime passed before Jose was conscious again. There was a constant racket and neon lights flickered over his face until he awoke to block out the glare with his hands. Where was he? On one artificial horizon he could see a massive stadium, at first he thought it was the source of all the lights and noise “THUNDERCUBE LEAGUE” flashed on the side of a Gravship floating above, suddenly he turned at the roar of a large crowd?! there was another stadium to his left and the fans were chanting “UNION UNION UNION”…….”

That’s right Yakkers this year Tribemeet is going to be THUNDERCUBE themed but we are going to stick to it just being a normal NCE campaign, all you need to do is bring your standard or outlaw gangs and model a Pit Slave fighter to follow them around free of charge. Obviously no self respecting Union or League watching gang in its right mind would go to war withouts its mascot!?

If you want to keep up with developments please keep checking this thread.

The organisers aren’t doing this for a profit, all money raised goes towards the hall, terrain, rule packs and prizes. Anything left over is kept for the next event and even the organising committee pay their ticket price.

In the very unlikely event that anything you bring to the event is stolen or damaged, this includes models and scenery but is not limited to, this is at your own risk. The organisers accept no liability.

Super excited about this! I'm hoping to build a small ZM board. Is it okay to bring this along?
Reactions: MusingWarboss, Stoof and spafe

Franco said:
Super excited about this! I'm hoping to build a small ZM board. Is it okay to bring this along?
Click to expand...

Anyone fancy a bit of Shadow War: Armageddon while we’re there?

I can bring a few Orks along and it’s pretty much the same rules as NCE and uses the same scenery so not a massive effort to learn new rules or anything.
Reactions: Sumaki and ClockworkOrange
Show hidden low quality content
You must log in or register to reply here.