Sidetracked again, prepping my mordheim warband for when play resumes. 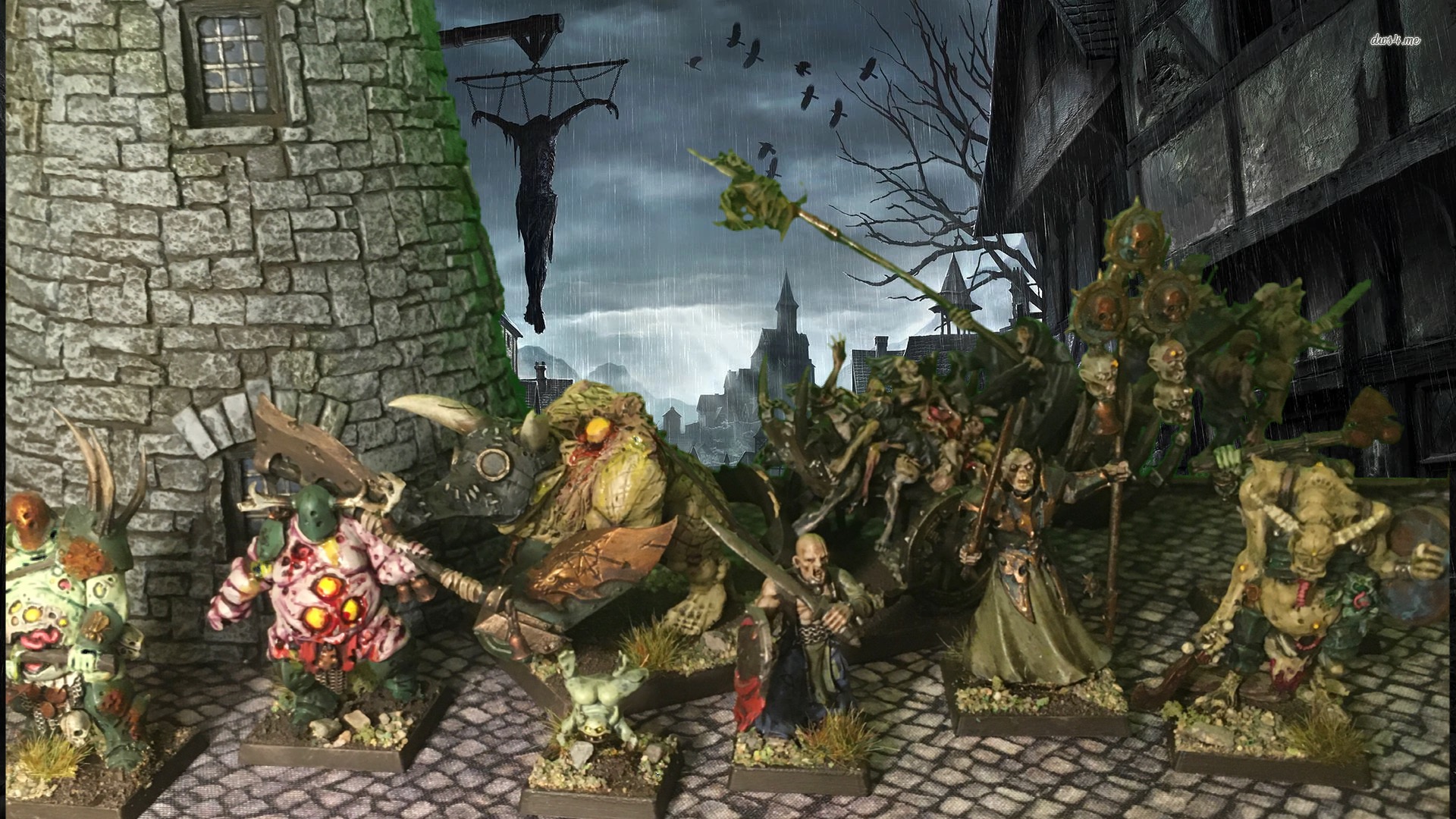 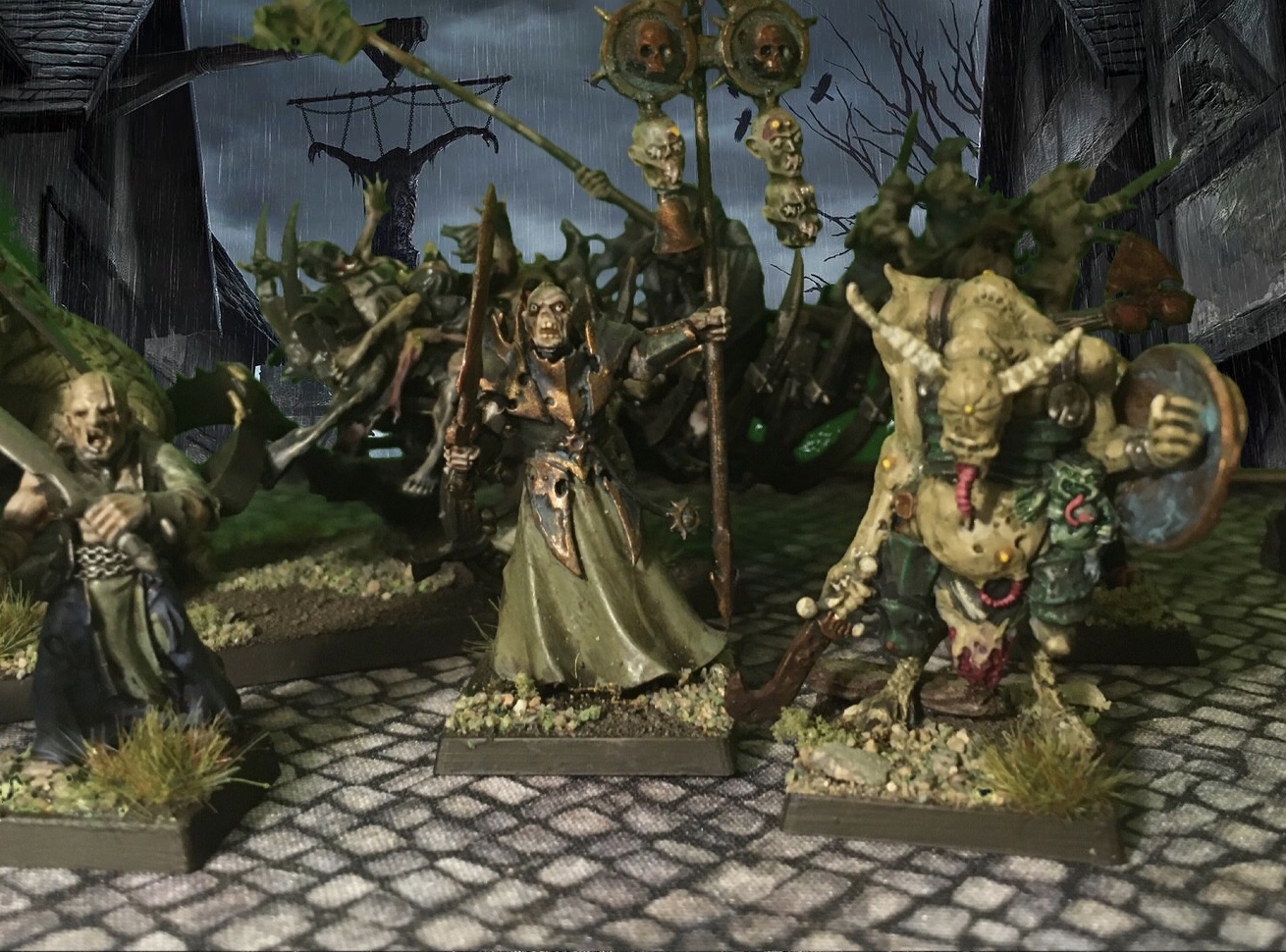 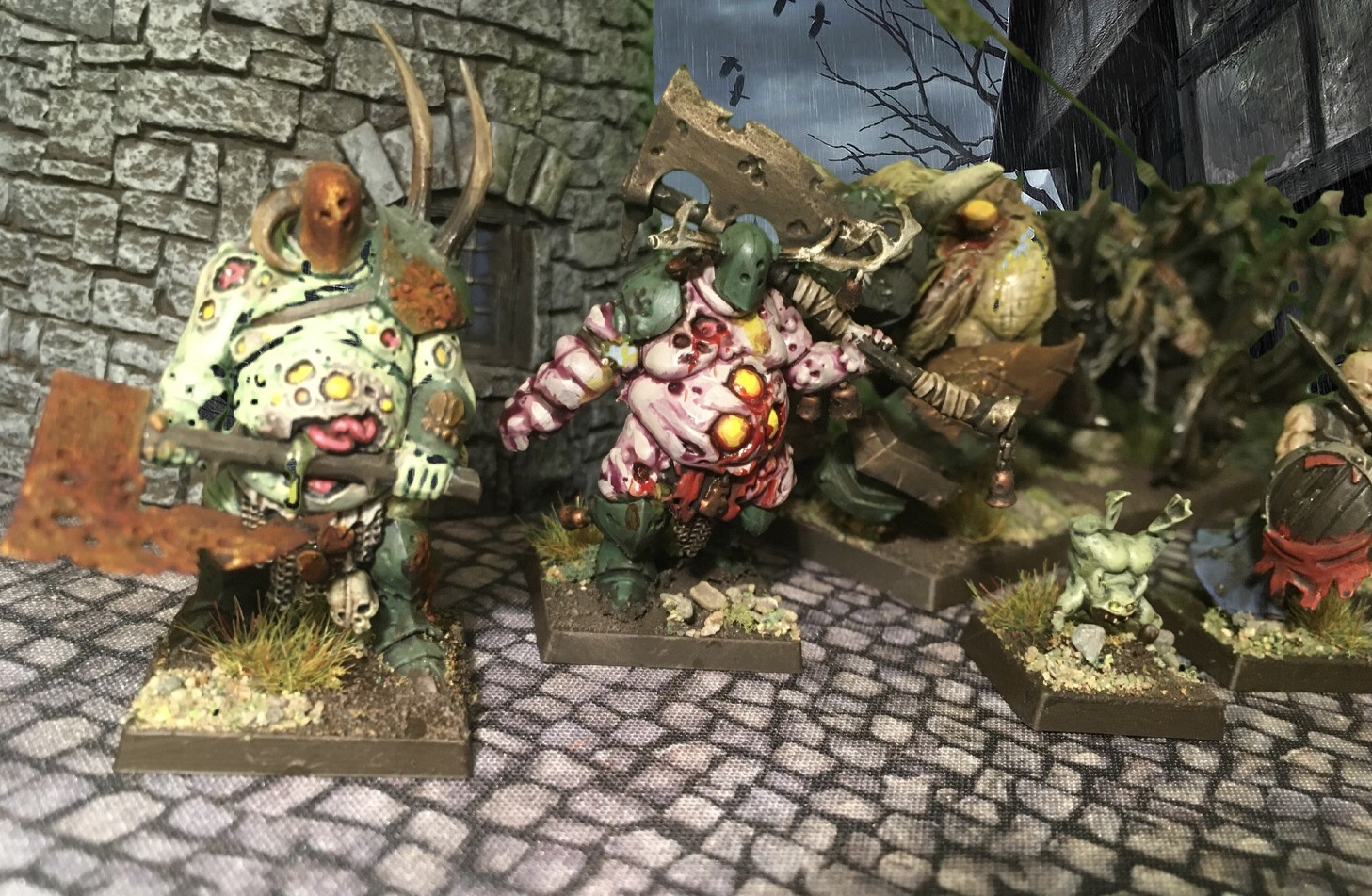 Also broke the seal on the great nurgle rebasing effort, so no holding back now.
Reactions: Tiny, spafe, CaptainDangerous and 2 others
B

What's the model on the right (as we look)?

The Beastman is from Knightmare miniatures;

Exclusive miniatures for all your wargames, role playing games and board games. All our miniatures and games have SuperB Quality

He’s inspired by the Nurgle champion from the Lost and the Damned and is one of my favourite minis that i have.
Reactions: Ben_S
B

I was not familiar with this range. Lovely old school vibe to their models.
Reactions: Luke82

Skaven procrastination continues! The herohammer mag got me all hyped up to paint some classic metals so finished off these Dark Elf Executioners 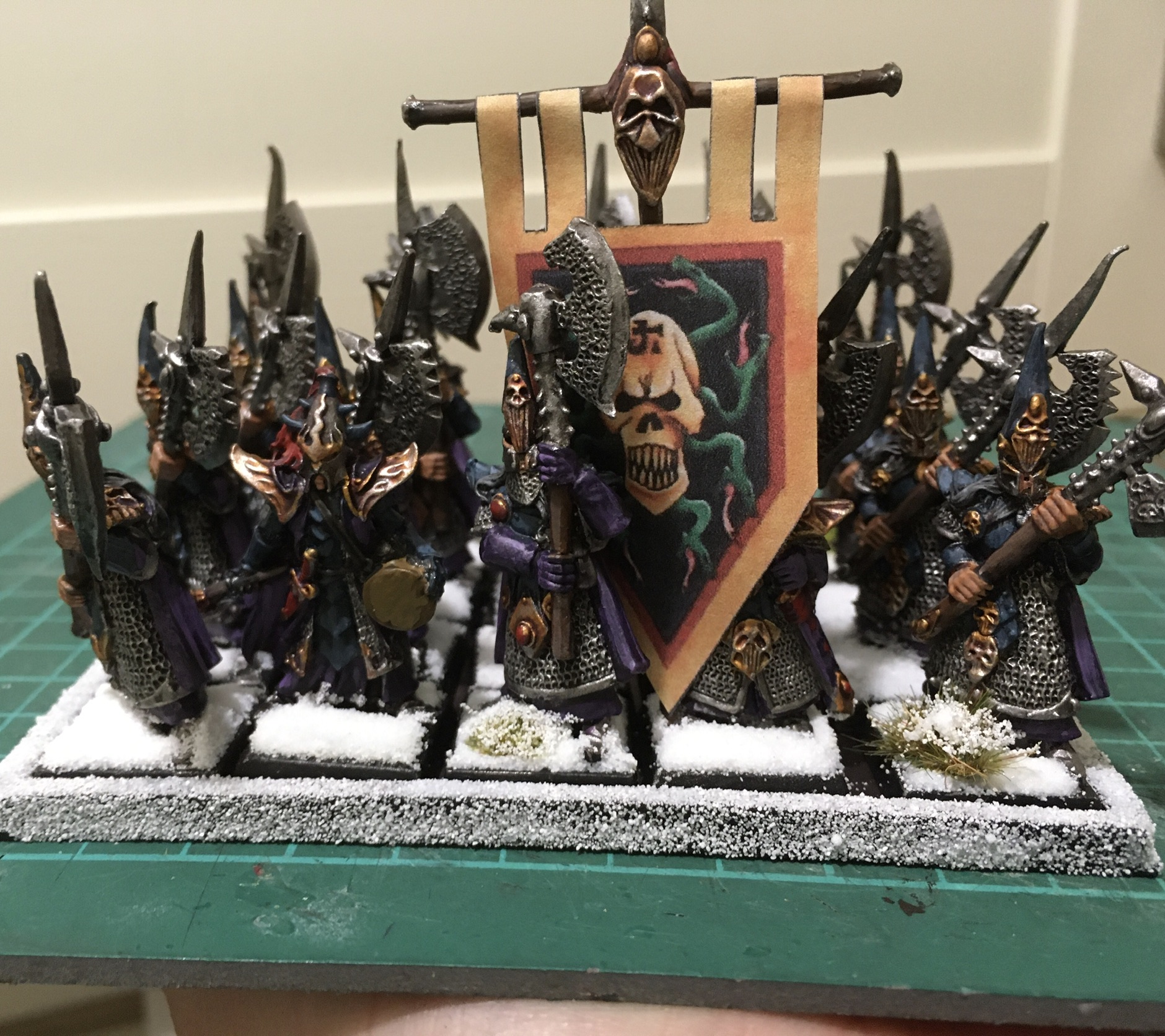 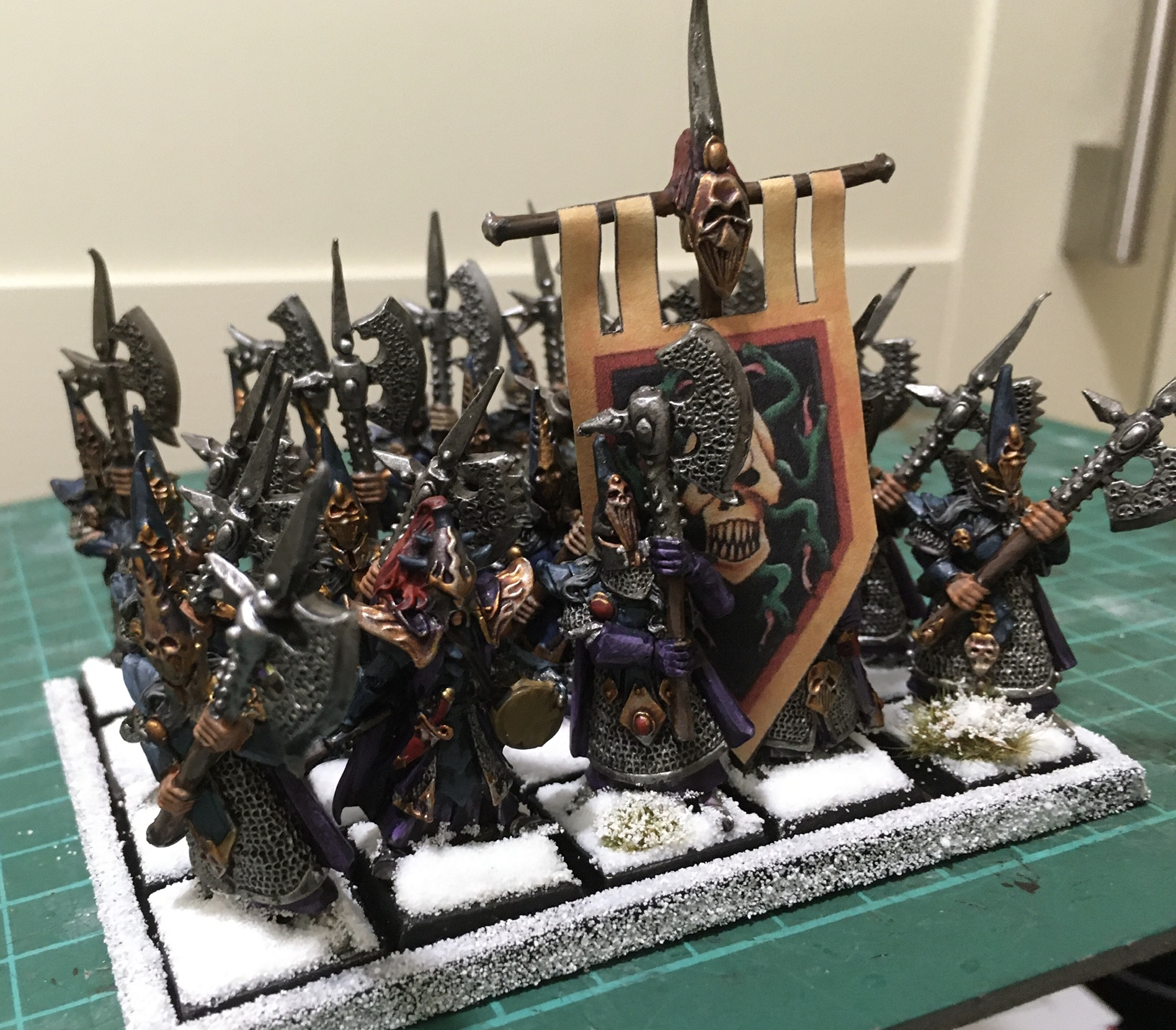 Op: Smash out the Skaven hasn’t really panned out, but i’ve still been productive so not too fussed. Added another 20 shooty elves to my helf army, core is looking respectable now. 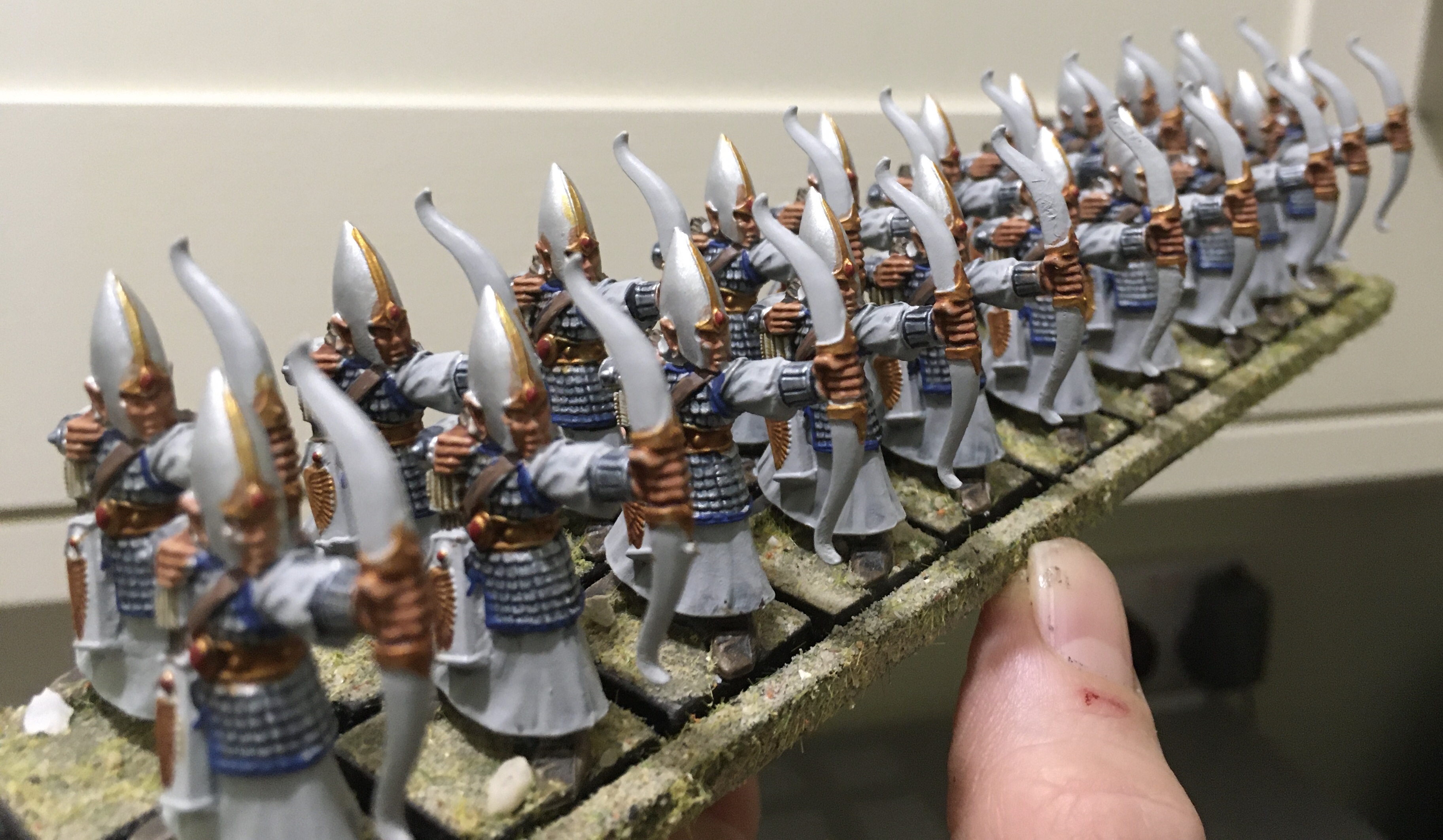 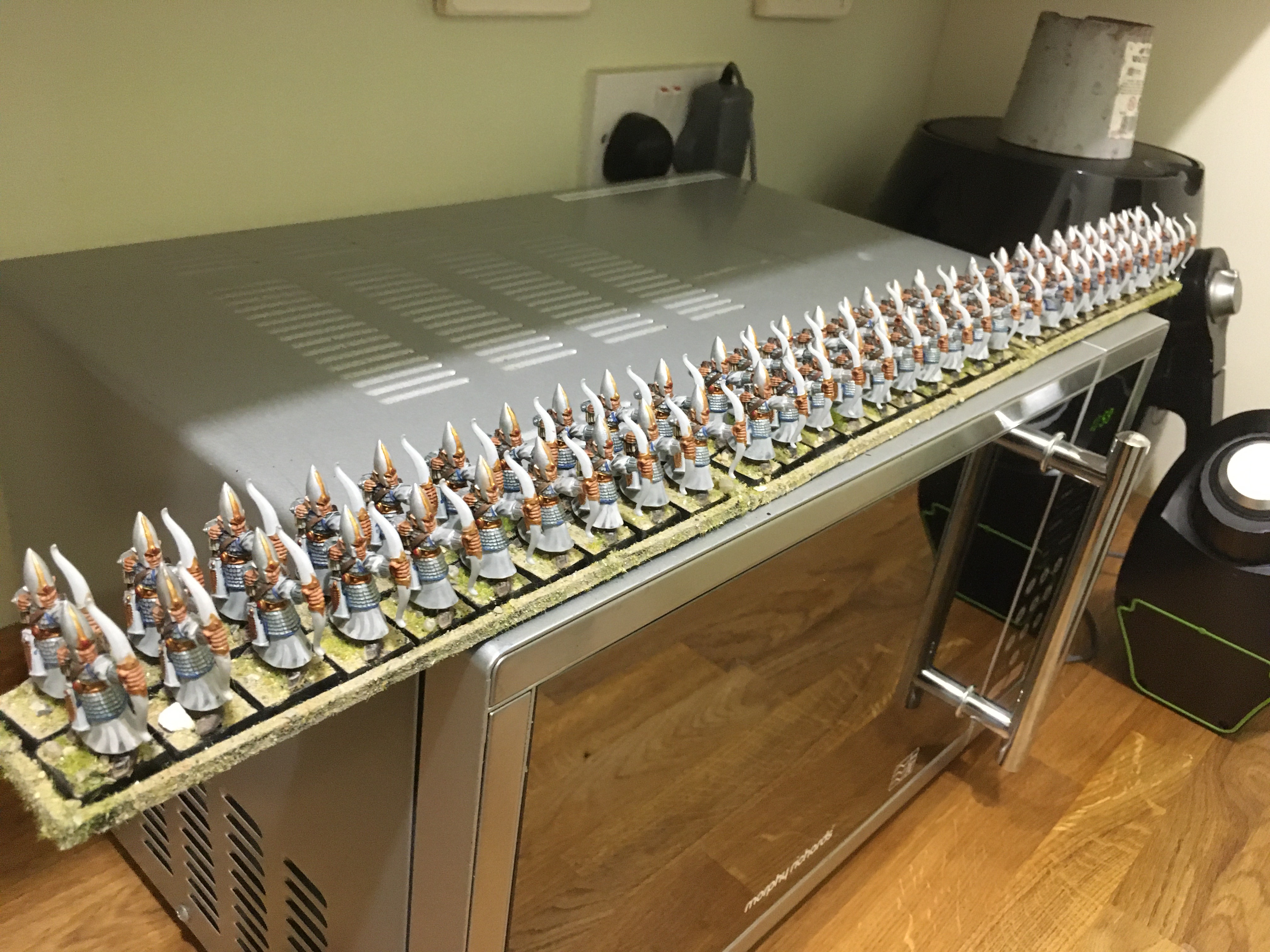 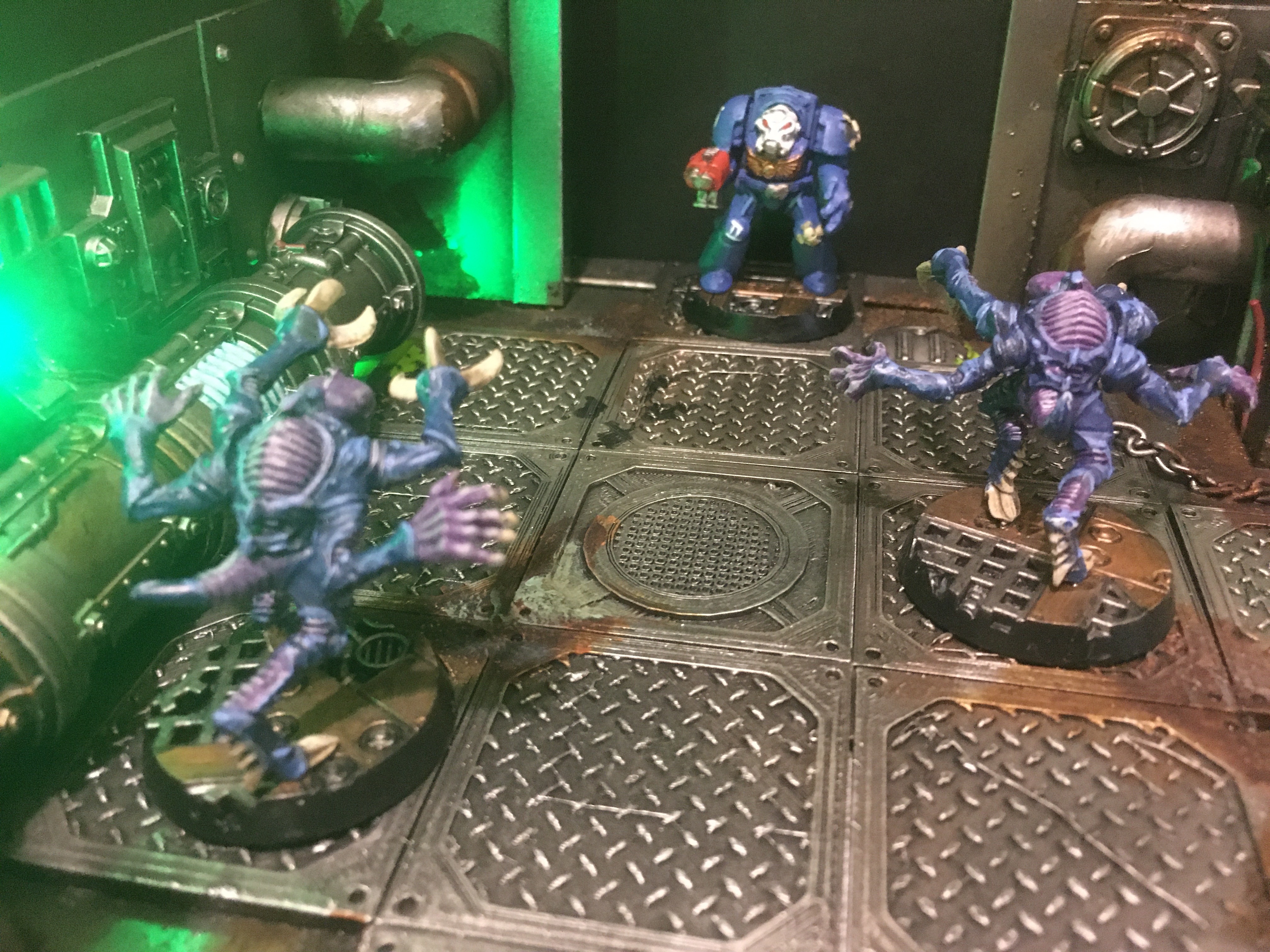 Looking for some Deathwing to replace the 2nd Ed plastic terminators has lead to me also splashing out on the dark angles half of the Dark Vengeance box for some games of 2nd Ed 40k, so did this test for DA armour too... sticking a primaris marine on a square base to test a paint scheme for a 2nd ed army felt gooooood, take that GW ha ha! 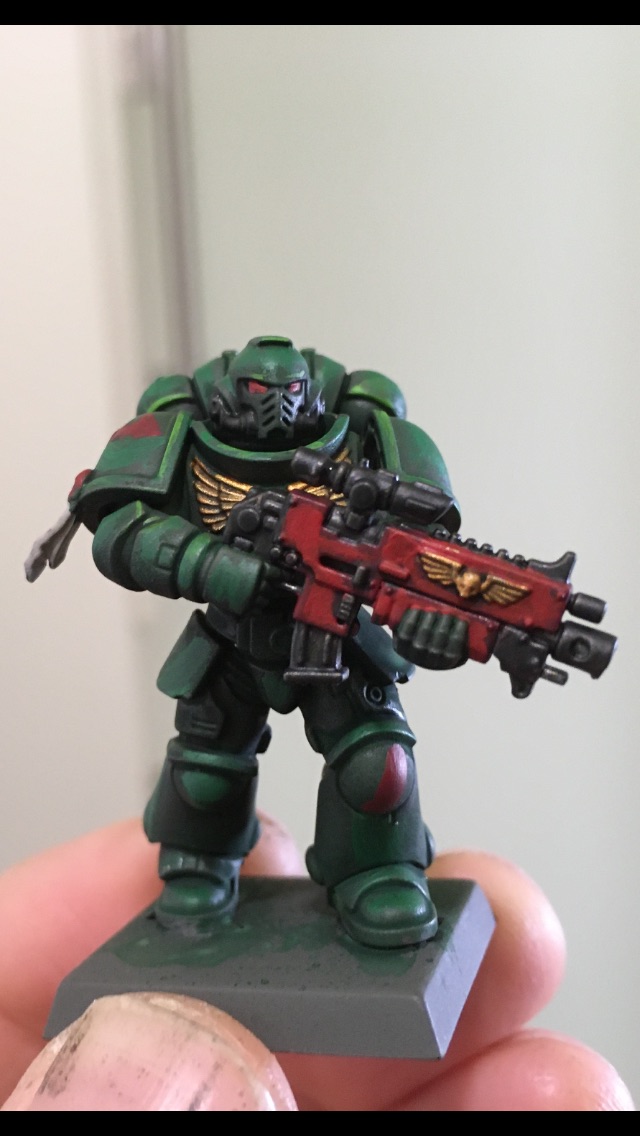 Stunning. I love the mass ranks of elves, thats beautiful that is!

tbh all of these projects seem to kick butt!
Reactions: Luke82

I think High Elves are one of the only armies that those old monopose minis work really well for. They look like they should. Well disciplined soldiers firing in unison.
Reactions: Ben_S, Luke82 and spafe

Tiny said:
I think High Elves are one of the only armies that those old monopose minis work really well for. They look like they should. Well disciplined soldiers firing in unison.
Click to expand...

Yep definitely, I really like these 4th ed monopose for my elves, another unit of spearmen are next.
Reactions: Tiny

A bank holiday frenzy has seen me finish my Ogres that i got around chrimbo, 2500 points of greasy murder
Reactions: spafe, trollmeat, CaptainDangerous and 2 others
Show hidden low quality content
You must log in or register to reply here.
Share:
Share Link
Top Bottom