Vampire Wars: The Empire vs The Undead

Seeing as everyone else is doing it it'd be rude not to document progress of my Empire army.

I am building a vaguely "vampire wars" themed army... in that it will mostly be eastern states of the Empire (Ostermark & Stirland) and their main opponent will be my brother's Undead army.

I have a few bits left over from an Empire army I sold about a decade ago but not a lot. Will mostly be fresh recruits.

I have one each of these sets on the way to get me started along with some knights off eBay. 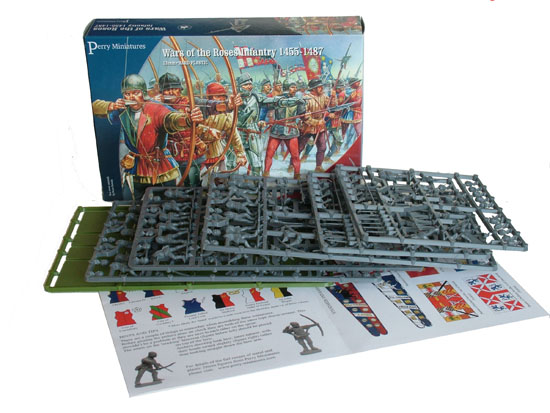 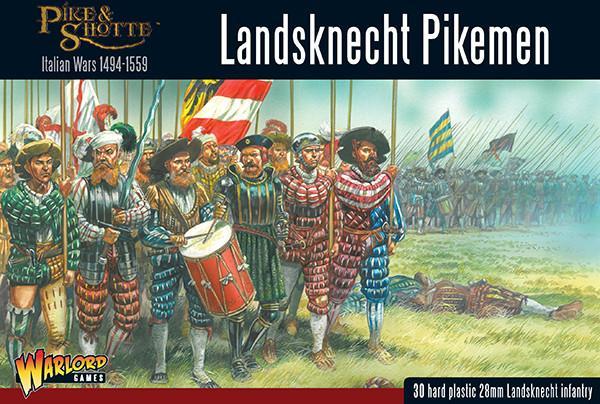 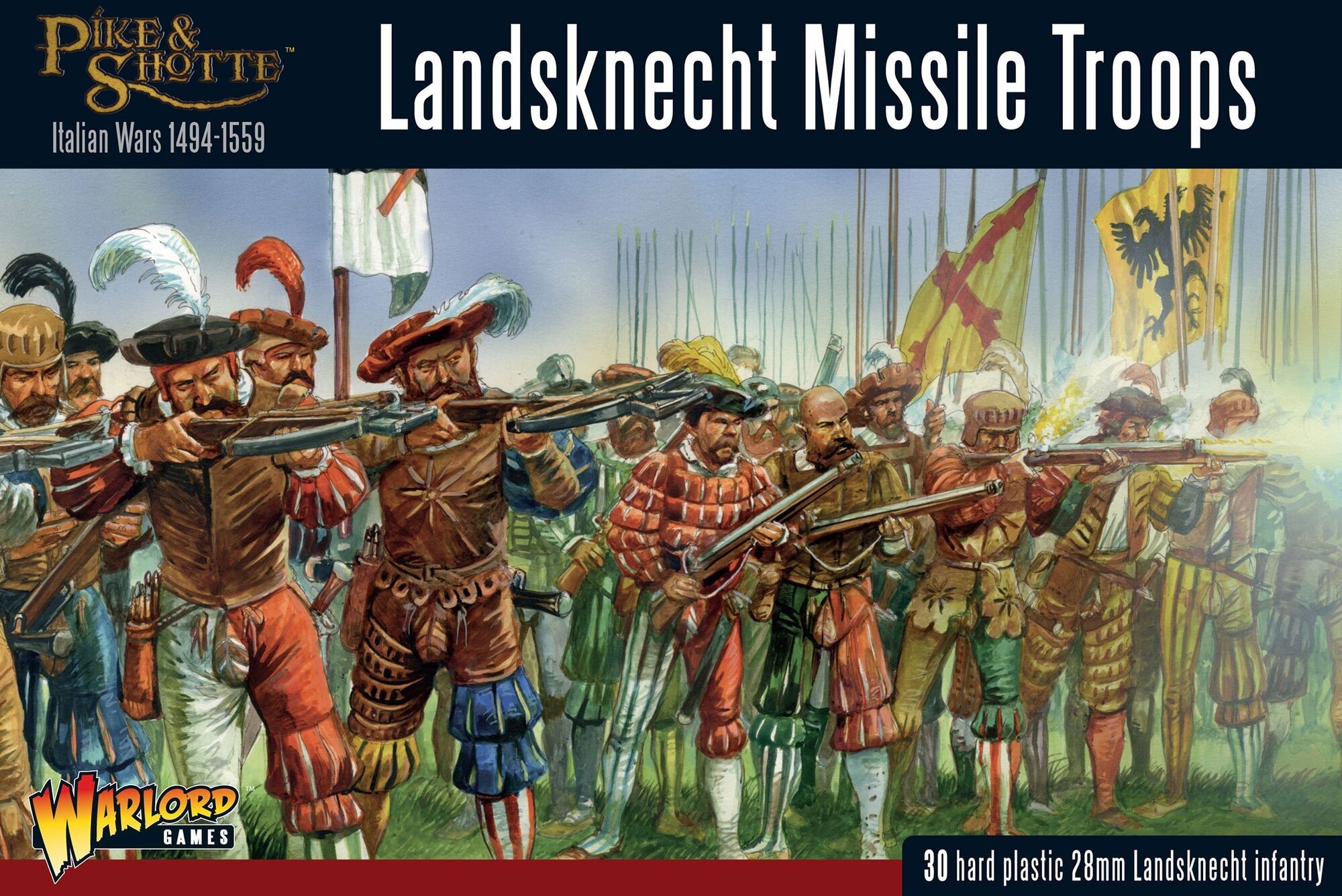 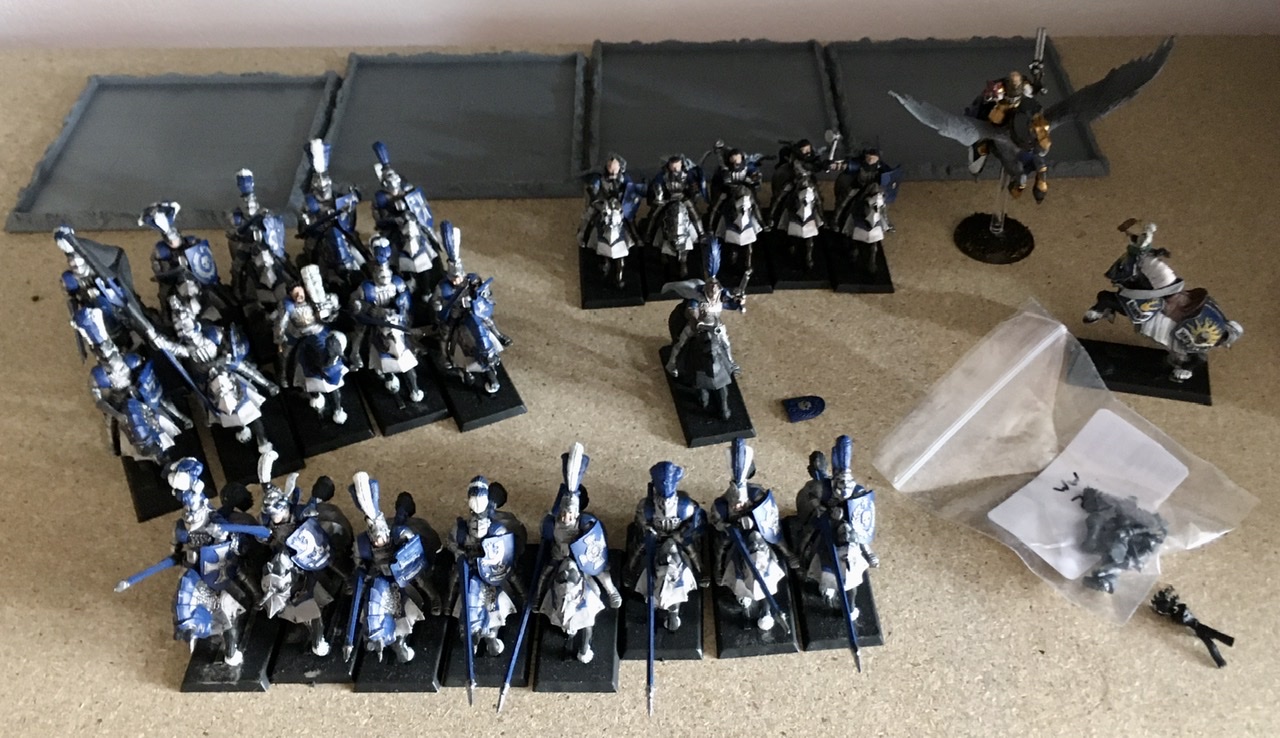 Best get on Excel and make a @spafe style progress chart. I hear they're all the rage at the minute.
Last edited: Thursday at 6:53 AM
Reactions: MusingWarboss, Luke82, Punktaku and 4 others

Ooo, will be watching this with much interest mate! Can't wait to see how this goes.
Reactions: Tiny

And my first finished unit... is nothing to do with the Empire. 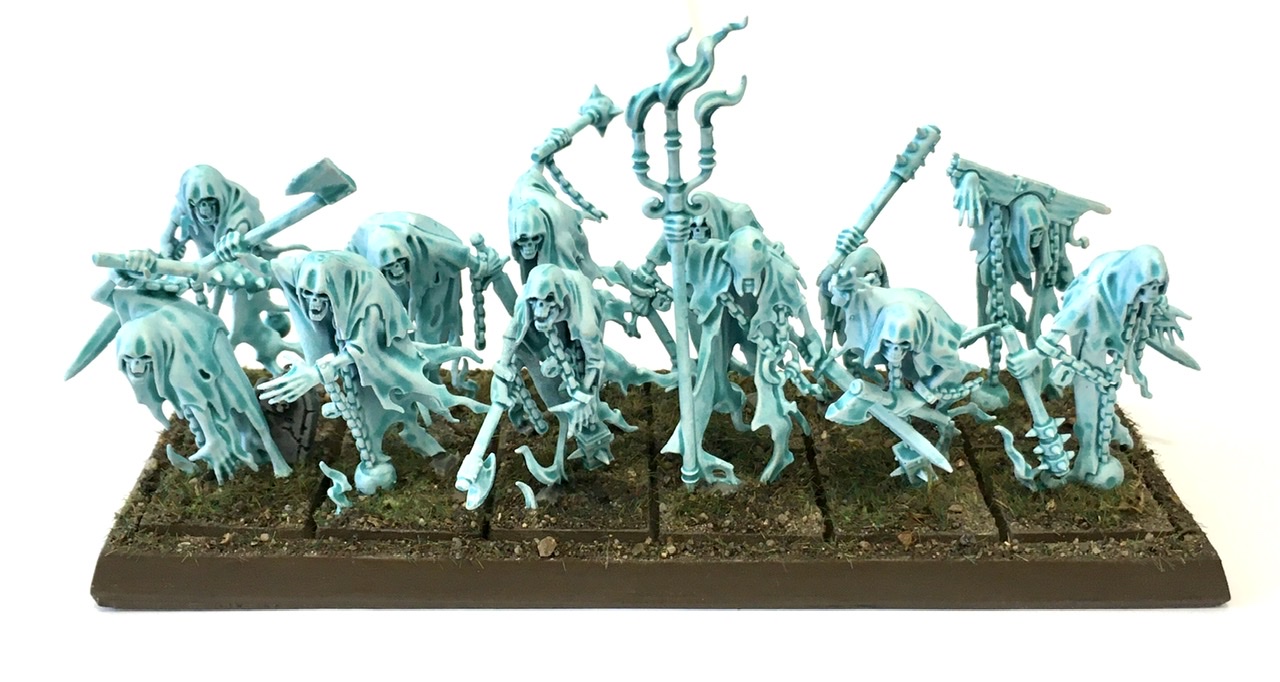 Testing out some contrast paints and fast basing techniques on some spooky ghosts. Probably 2 hours work all done. Pretty happy with the result.
Last edited: Thursday at 1:01 PM
Reactions: Ben_S, Luke82, spafe and 2 others

They are fantastic dude! Got a step by step for the basing technique?

Also, what movement tray is that? home made?

spafe said:
Got a step by step for the basing technique?
Click to expand...

I textured the base with vallejo texture paste before priming but there was probably no need for that stage.


spafe said:
Also, what movement tray is that?
Click to expand...

Resin cast one courtesy of a great small company (link in sig)
Reactions: spafe and MedMos

WIP of some spooky headless archers. Currently awaiting some Landsknechts for heads. You can see what the tray looks like unpainted.

Yes, I know archers are skirmishers. They'll get a different tray one day. 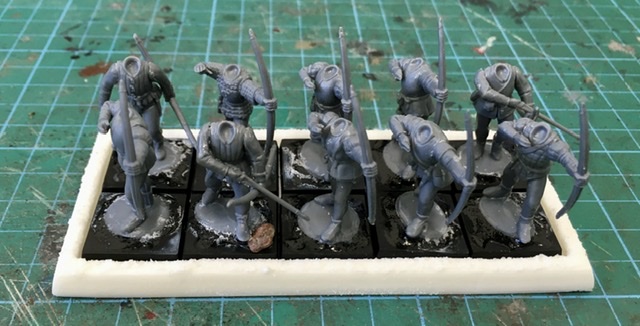 First 20 Men of valour. Ready to die in the name of the Emperor. 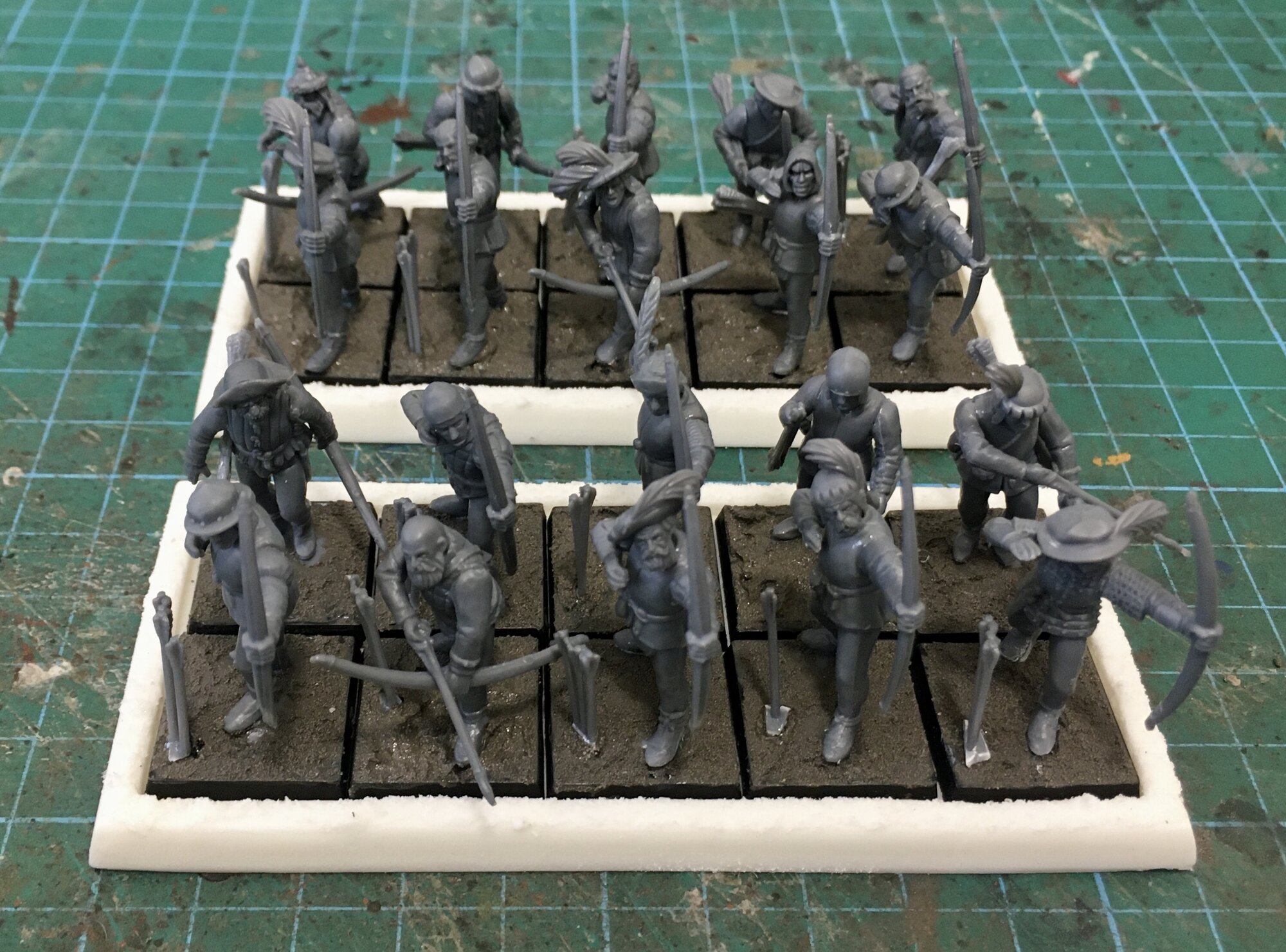 Question for anyone who actually plays... Halberdiers or Spearmen? What size units of each work best?

Next into the fray, a unit of halberdiers. Really like these Perry minis. They combine well with the Warlord ones to make some great looking units. 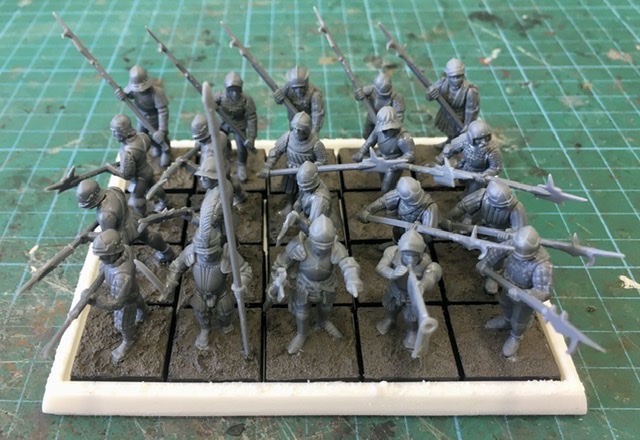 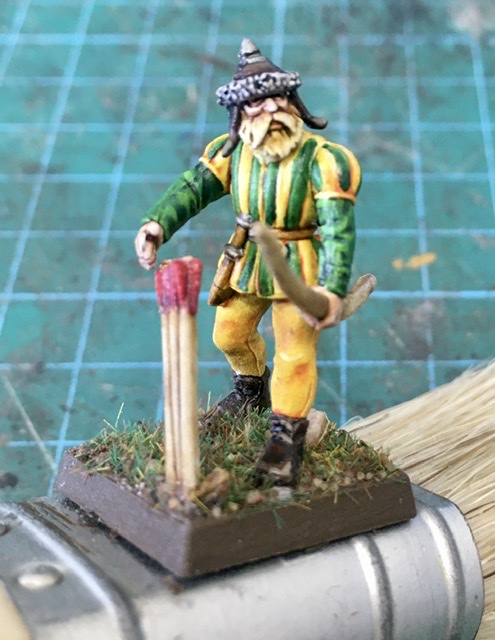 If that's a fast paintjob, I'd say it's a winner. A unit at this standard is going to look awesome!
Reactions: Mr. M and Tiny

Are you using standard Citadel style bases there?
Reactions: Tiny

MusingWarboss said:
Are you using standard Citadel style bases there?
Click to expand...

Yeah. I find they’re a somewhat iconic look and make a historical mini into a Warhammer mini. Also they have space for magnets underneath so I can magnetise the movement trays and painting holders. 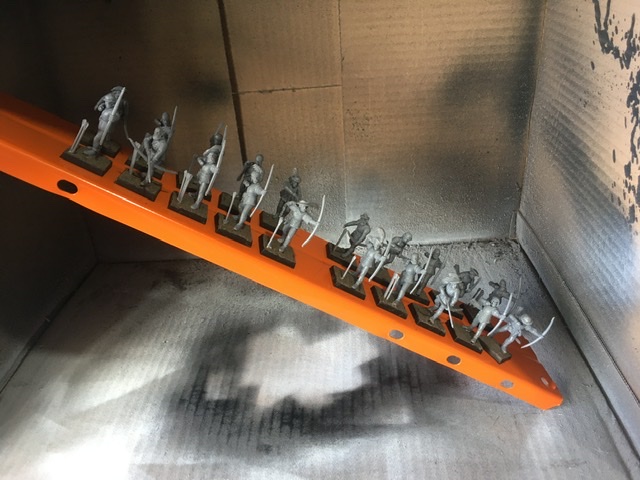 Tiny said:
Question for anyone who actually plays... Halberdiers or Spearmen? What size units of each work best?

7th to 8th are very different. honestly, dont play 7th. well, no, hmm... okay. 8th is a new era of fantasy, 6th and 7th is an era, 4th and 5th is an era. 6th is better out the box than 7th, so unless you are putting a fair bit of work into some house rules, play 6th. if you are house ruling, you really want army books from 6th as a general rule, and the system/magic from 7th and it works pretty well with a few fiddly bits.

8th is a different beast, much more magic and large blocks focused if you want to win tournaments/be competatitve. If you are playing for fun, agree no 6th spells (the game deciding ones), and limit hordes (either no hordes or max one or something agreeble) and honestly 8th is in my opinion the best rule set fantasy ever got to (having played from 5th - 8th when they were out and 4th as a retro event).

So onto the actual question, in 8th, halberds are better, but both have a role (spearmen actually compete with swordsmen). Halberds are cheap str 4 attacks that are there to grind units down. Therefore, 40 strong horde formation, throw a character and some buffs on them and they are criminally good at grinding down things. I would even consider 50 strong in larger games (2400+ pts). In smaller games (less than 2000) or as a secondary unit not your main battle line, 30 strong is pretty decent too.

Spears are a bunker unit/bus. they will deploy 5 wide and (ideally) 6,7,8,9, or 10 deep and use steadfast with a BSB nearby to tie up enemy units. due to 8th ed step up rules, the extra rank of str 3 hits isnt worth it, so you are mainly taking them to provide wizard bunker (20 strong 2nd line unit), or 30+ as a tarpit. They compete with swordsmen who take the same role but with a 5+ sv and 6+parry they tank better, plus the WS4 means a few enemies out there will only hit on 4s rather than 3s. Generally I would take swordsmen over spearmen.

In 6th/7th, spears in units of 30 are a good line regiment as the extra rank of attacks is good as there is no step up rule. Swordsmen are still better but spears arnt bad, and due to the lack of armour, low Int and no extra ranks, halberdiers are far behind the other two.

Thanks for the overview. Seeing as I have no idea whether I'll be playing 4th, 6th, 7th or 8th, I'll just build a bunch of dudes and see how I get on. I'm more for fluff anyway so the odd block of halberdiers or spearmen is always going to find its way in, regardless of edition.

Having looked at 6th and 7th army books, some of the 6th ed ones seem really restrictive (High Elves getting 0-1 units of Sea Guard or Swordmasters, Vampires being all one bloodline for example). What would be the reason to go for them over 7th?

I may just suggest 8th ed to the group. Seems the most sensible. We can always limit hordes and big magic if they are an issue, although the big magic makes the the hordes less useful so they balance each other. One of my brothers is dead set on 4th though (he likes pre-split Undead), so what I guess will end up happening is that we'll play a game or two of 4th, realise its not as good as he remembers and switch to 8th.

Tiny said:
Having looked at 6th and 7th army books, some of the 6th ed ones seem really restrictive (High Elves getting 0-1 units of Sea Guard or Swordmasters, Vampires being all one bloodline for example). What would be the reason to go for them over 7th?
Click to expand...

erm, effectively balance. from memory, skaven, deamons, possibly high elves and possibly other elves all quite leaped the curve of even accepted slight power increase for new books. They basically broke the game, without trying to go for cheesy builds.

The lack of restrictions on armies in 7th in general though led to greater variance within a game with no in built balancer (like magic in 8th). If you are playing purely casual for kicks games, if you arnt using skaven and deamons... I think you are pretty safe (even in pure casual you'd want to be giving the deamon enemy an extra 15% points or so to keep it only slightly favouring the deamons).

I'd suggest 5th with the 4th undead book over 4th, as if I remember rightly, 4th had the magic phase as the last phase... which was jsut a dodgy place for it, wheras 5th moved it to where it is now and the game was better for it.
Reactions: MedMos and Tiny

spafe said:
as if I remember rightly, 4th had the magic phase as the last phase
Click to expand...

You are indeed correct. I hadn't looked at the differences between the two. 5th is definitely the way to go of those two.
Reactions: spafe

Agreeing with @spafe. I played most of my fantasy games during 7th, and had quite a good time of it. Unless I played my brothers new deamons... Admittedly High Elves with their ASF were a pain, but you could beat them. Didn't play against Skaven. I think 7th is a good system, but deamons definitely broke it.
Reactions: spafe and Tiny

From memory, because bretonnians also never updated they 'could' beard the crap out of their 6th ed book in 7th and abuse it a bit. but you had to try to get that result.
Reactions: Tiny

Anyone know of anywhere that makes alternative heads for knights? The ones I got are built as Knights Panther but would prefer to go for something different.

I know GW did Blazing Sun parts but they're silly expensive to get these days.
Show hidden low quality content
You must log in or register to reply here.
Share:
Link
Top Bottom