Since I saw there was a miniatures game for Judge Dredd I've wanted to buy into it. That was about the same time Warlord released their new version of it. The other week I finally managed to buy the I Am The Law starter set.

I've been looking around t'interweb for discussions, player-made stuff (like a quick reference sheet) etc. and no-one seems to be even talking about this game. All the "buzz" is from just shortly after release. Despite Warlord releasing a single player rules PDF last year.

I realise there's a pandemic on, but that hasn't stopped players talking about/doing things for other games. So why this one? Seems like it's a dead duck!

Anyone here have an insight into this, or know of any active player forums for this game?
Last edited: Aug 17, 2021
Reactions: Wasteland, Ardavion and ClockworkOrange

I was pretty hyped for this too, way back when, but it practically felt dead on arrival.

I feel it is the fact they have struggled to get a second Karl Urban dredd movie up and running, kinda signifies where the IP is at. And crossed with lacklustre monopose minis and a rule set that already existed in Strontium Dog the year before, has been a bit of a recipe for disaster!?

not that iv got time for hobbying lately, but I’d love to try incorporating the ‘chip’ bag system into a game of proper necro sometime! It would fairly make your leader and top gangers right badasses! (…in theory)

I will still be making my mega city too, too! Just waiting to establish a new danger HQ before production begins! 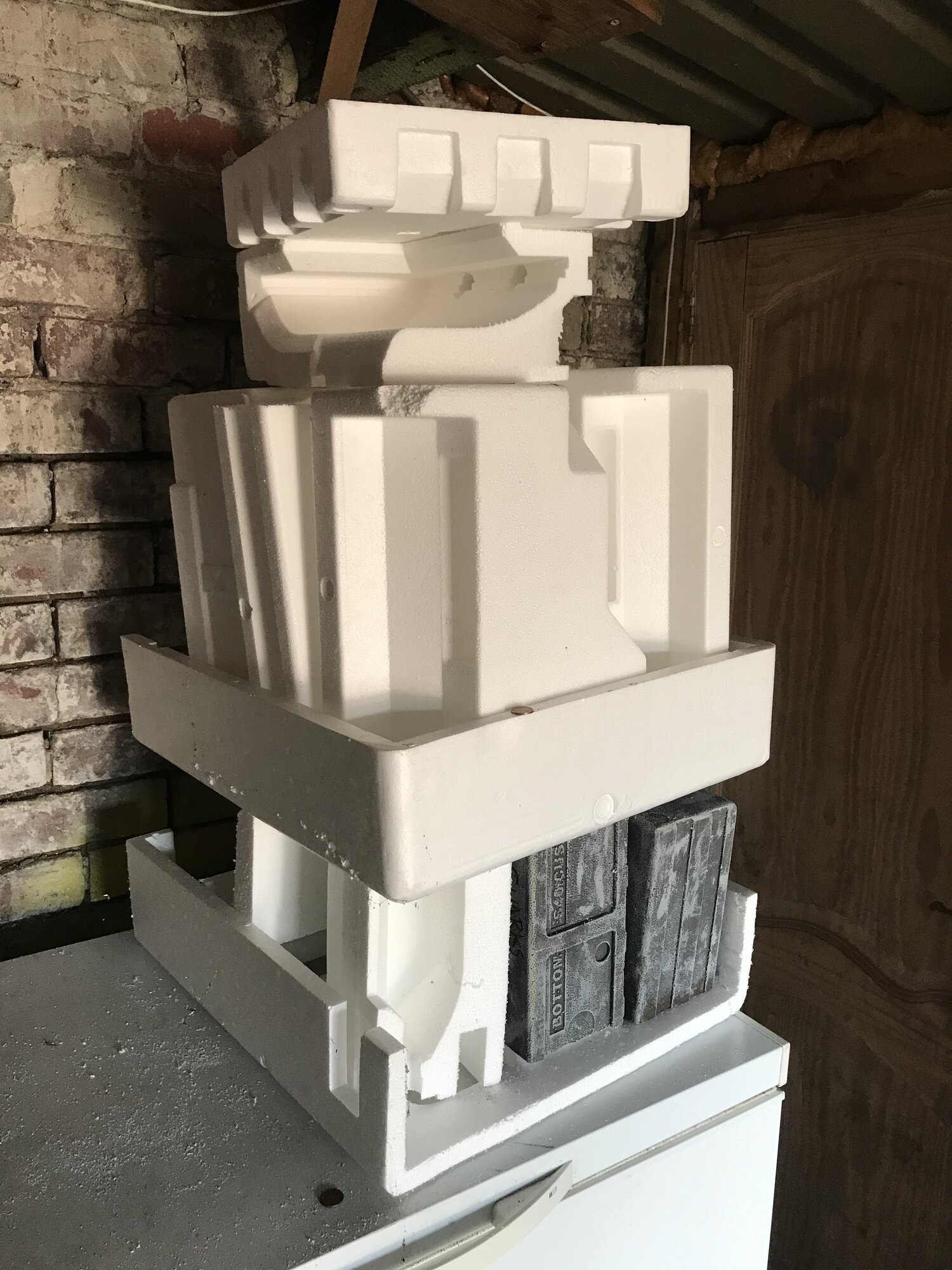 Dredd / AD 2000 was always a niche property in the US.. The elevation of comic related IPs in the mainstream eye did not lift all boats. I like Stallone well enough but his movie blew whatever chance Dredd had at that time.

IMO Necromunda and even 40k should revisit one of the prime influences they were "inspired" by. The dystopian world, cyberpunk themes in an urban hellscape, and over the top chaotic humor used to be more prominent.

I think GW even had a Dredd line of minatures or maybe they just sold them, long ago. Truly awful sculpts, lol.

I wish you luck finding players, I would check the company website and some other social media. Perhaps you could email the game makers and ask if you can help get something going. It's hard enough finding opponents for popular skirmish games so a new one is an uphill road. Wargamer Fritz had a video on DOA games.
B

It seems - from an outside perspective - that Warlord don't give much ongoing support to their games, at least outside a few main titles (such as Bolt Action). Perhaps the pandemic has impacted plans, but even something like BtGoA isn't getting much attention.

What is it that appeals to you? Is it the rules or the setting/models/fluff? Because - while these are often packaged together - you don't have to use them together. You could, for instance, use a different rule set to play games set in the Dredd universe, if that's what you're really after.
Reactions: CaptainDangerous, Grognard Gluefingers and MedMos
D

Just my two cents, and a bit late but, I've played a few games of this recently, and skirmishes are a lot of fun. The initiative system is cool and satisfying, and there's loads of narrative opportunity in each game. Combat is pretty neat and the pace of the game is brisk.

There's a new wave of minis coming out, including robots (which were previously missing... frankly I think I'll still use my UR-25).

The miniatures are fairly nice and easy to work with, they're relatively clean for resin, but you'll need to have some legit 1- inch bases, the ones provided are pretty bad. I don't dislike the game mat from the starter box, but we used a 24" Battle Systems mat and terrain, it it was very cool and dynamic.

As others have mentioned, this is kind of a niche IP in the States, and more rooted in narrative play than competition, so it isn't all that talked- about. I still recommend that you play it sometime, it may not be huge, but it feels pretty fresh (to me, anyway, although I think JD and SD are actually both pretty heavily based on the Bolt Action rules) and with some slick city terrain, it feels awesome.
Reactions: CaptainDangerous

Tbh I didn't even know this game existed until I read this. Had to look it up and take a gander. I do think a starter box with only resin (no plastic) minis is a hard sell. If you look at other boxes these days like that Aliens another day in the corp set, or other warlord games starters they all have plastic figures. Plus it's artstyle is heavily based on the old school look, not the more gritty version depicted in the Karl Urban movie. That is a love it or hate it kind of choice, I don't mind the comic book style though. Isn't the starter box 75-90 bucks depending on who you buy it from? Seems like quite a bit of money for the handful of resin figs and only cardstock terrain. Correct me if i'm wrong but the bolt action starter boxes have been close to the same price and had a lot more figures, and all in plastic with tokens/dice/rulebook and so on. At a glance the rules look promising though. Personally I live in the US, and I know people who are familiar with the IP, but only in relation to the more recent movie.
Reactions: CaptainDangerous

So I ended up picking up the starter box for this, crazy me. I watched some videos of people playing it and it looked fun. The sculpts aren't particularly fantastic but are servicable. I have played Bolt Action in the past and generally prefer it to 40k, so that might be why this looked intriguing to me after looking into it more.
Reactions: Space Truckin and CaptainDangerous
A

I've been collecting and playing Dredd for a year or so.
It is really good fun, it plays similar but simpler than necromunda. there is a lot of expansion as another poster said three new ones just came out (my Xmas presents, KLEGG HAI!!!).

If you can find a friend to play with, it is worth a look. The models are decent, yes resin, but generally a good quality of models. I have nearly the whole set now and still keen.
Reactions: Space Truckin and DeepBreath79
Show hidden low quality content
You must log in or register to reply here.

Musings Of The Yak Aug 23, 2021
Ben_S
B
M
N18 How do you handle player challenges and scheduling in a campaign?