Glad to be of assistance
Reactions: Warorie

I'll be ordering when I get home....I have to figure how many I need.

Ok so long time no post....I quit working on all my gaming models between my last post up until last month, I did buy gathering storm 1 stuff but that is cause I have a larger Sisters of battle army along with 3 of the limited failcast canonness. The models I have been working on are my vehicles (predator, dreadnought, and land speeders) for my 10th company Raptors army. With Shadow War: Armageddon coming out (yes I am little excited for it, even if i have to proxy my beloved cawdor for guard) I plan on working on finishing the last few models (3 models) I have left for my starting Cawdor gang, soon. I did order 80 bases from Champ industries before I stopped working on them. Very Nice and not badly priced at all.

for Shadow War: Armageddon I will probably build a Raptor scout squad in urban camo and then have my Cawdor as another unit.

I had sitting around for Kill team but now they are being repurposed for SW:A

My Cawdor will pull duty as Guard if need be.

Ok picture less update between the Warhammer Community info dropping, life, work etc I did manage to get my Adepta Sororitas Kill team built and then spent last night cleaning the house.....so no paint orprimer on them yet. I'm still deciding if I want to base them on these bases Elrik's Hobbies Industrial Ruins bases I plan on using for my Regular Adepta Sororitas Army.

With the 2 sets of Grishnak's War Maidens models I built 7 models....1 of them is missing currently and probably hiding with other models in my collection
B

I'm a bit late in responding to this older post, but...


KRVSH said:
there's been a board game from the german pen & paper rpg franchise Das schwarze Auge with the subtitle Burg des Schreckens in a HeroQuest vein. The figures are quite alright for a boardgame, though you probably wouldn't use them for real tabletop. A few of them, maybe. If you're into huge fantasy battles or AD&D, the orks, ogres and skeletons etc. might expand your collection. Anyway, they have the useful bases and there's also some nice doors and the large building (I use it as a temple) of course in the box. It's probably a rarity today and it might be hard to find it for the 20 DM (10 €) I got it for back in the day, but you never know.
Click to expand...

I don't know whether or not this is the same as Waddington's Dark World but, even if not, all you say is also true of Dark World.

I picked up a set of spares a while back for the temple thing, but it turned out to be missing doors. I recently bought another (about £12 posted I think) in order to get the doors, so now I have two lots of the temple, plus some miniatures and random treasure bits that could be useful for Frostgrave, Mordheim, etc.

I am in no way affiliated with the seller nor vouching for that being the cheapest price - it looks more complete than the ones I bought, but also more expensive.

Long time no update.......Just finished updating my previous pics thanks to Photobucket and their wonderful shenanigans.

Need to get cracking on my models so they are ready for November's Necromunda release even if my models are smaller I still can play them until they release new Cawdor models. I have a huge back log of painting projects: 10th Company Raptors, Crimson Fists (multiple Companies I know I have over 200 models for them easily including primaris marines), Adepta Sororitas (Normal army and Shadow War models), 30k Emperor's Children Traitors (on the back burner until new rules drop), Deathwatch, Grey Knights, House Cawdor/ Redemptionist, Adeptus Arbites/ Enforcers, Ariadna MRRF for Infinity and Team Yankee Soviets.

Most of the stuff is on the back burner for multiple reasons. Crimson Fists, Team Yankee stuff and Cawdor are now bumped to the top of the list.

I did find the missing Grishnak War Maiden model.

Another Long no update thread.......So been Working on my 40k Raptors slowly and have all but given up on My Crimson Fists (Primaris stuff was moved to my Raptors army.....but slowly having another ugh I hate painting breakdown....

Finally caved and bought N17 and Gang War #1. It should be here tomorrow. I plan on playing mostly with my Legacy Cawdor Gang "Hunters of the Unfaithful" so I need to finish my 3 started models and start working on 10th Gang member. But I will build an paint the Goliaths and Eschers too.
Reactions: spafe

no new pics of my necromunda stuff

but here's some of my Raptors 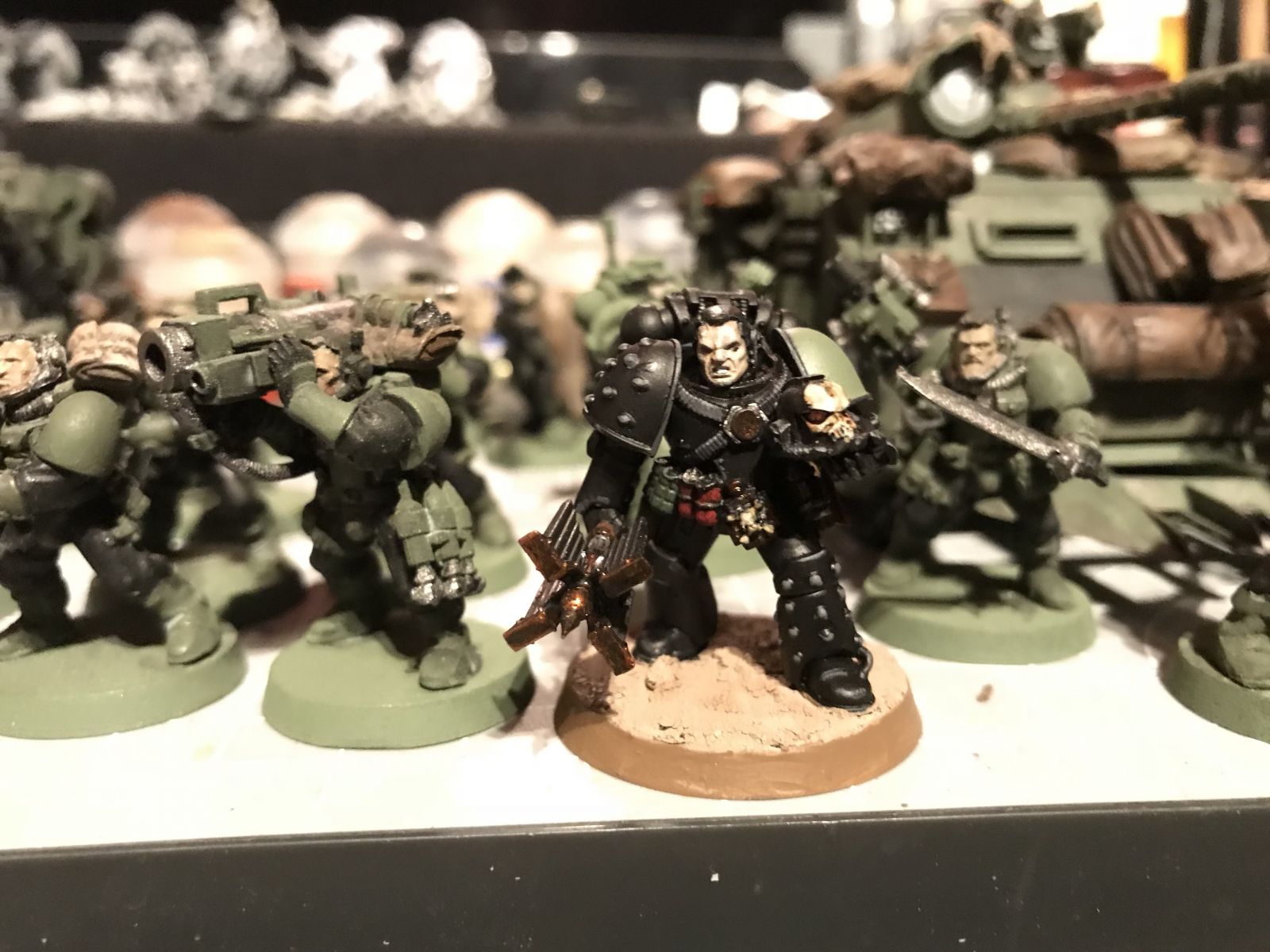 I need to retake some more pics
Reactions: CaptainDangerous, Blood Donor and spafe

look great! how many points have you got? have you played under 8th yet?

I played one small game of 8th with my crimson fists. I am working or trying to finish up a 1000 pts of Raptors for a club tourney in a few weeks. Raptors total pts no clue outside of "A lot" as I have lots to build for it still sitting around in boxes.

I need to work on my Adepta Sororitas army more 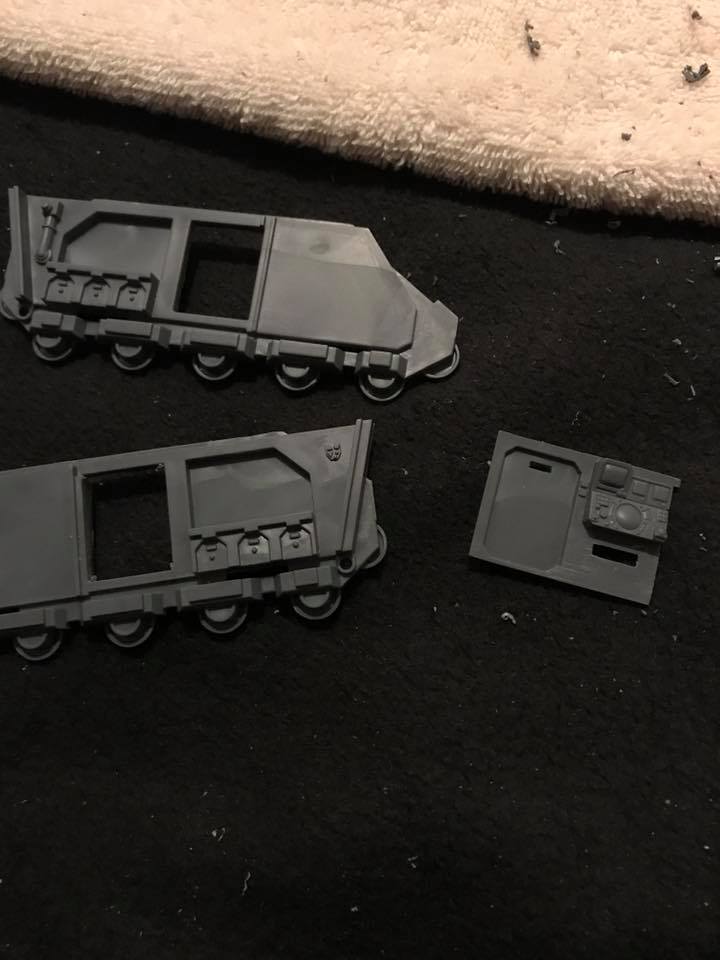 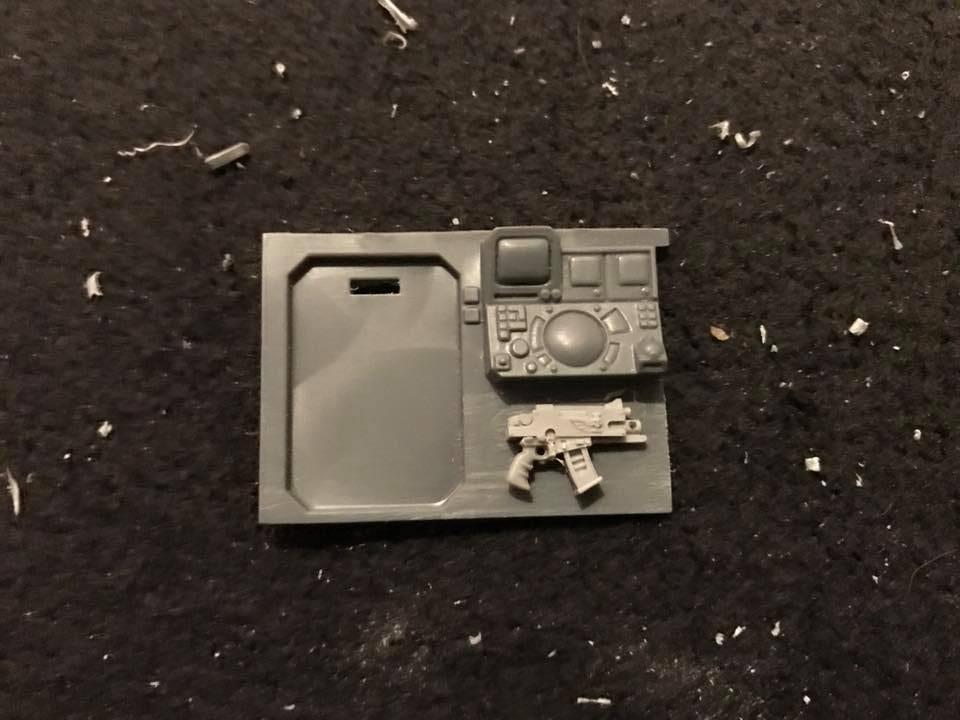 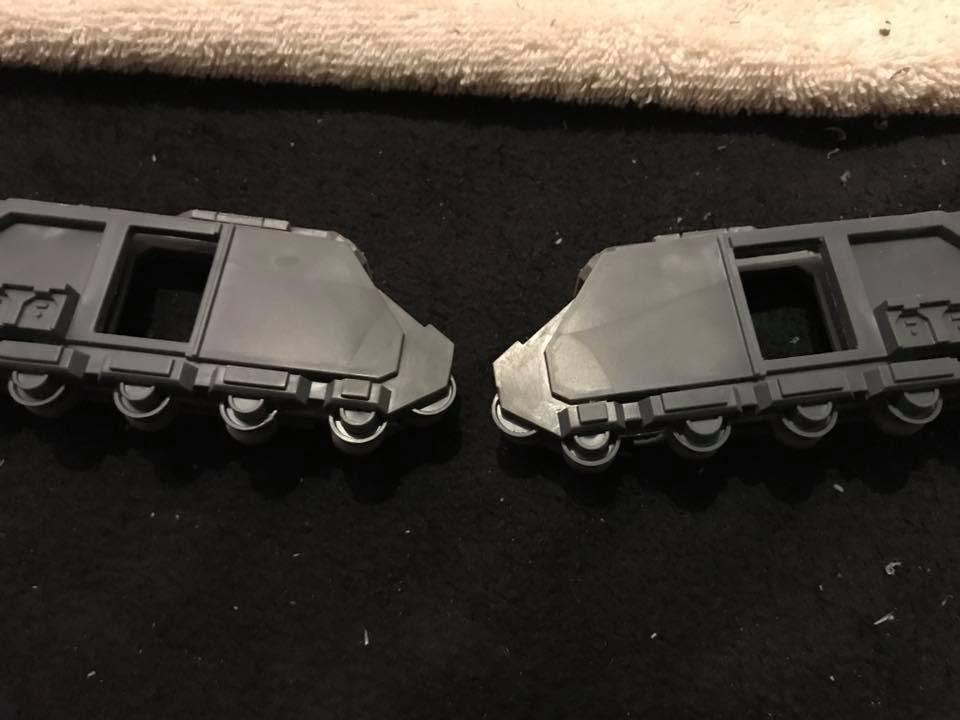 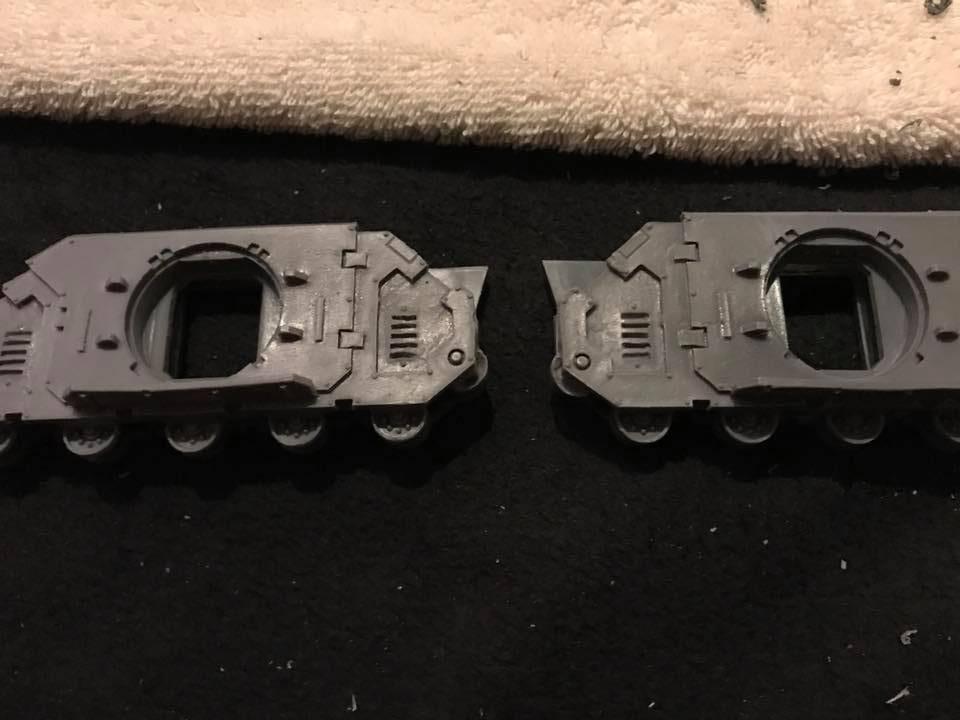 And if anyone is curious here is the parts breakdown:

-I consider this optional as I had it laying around and since it is going to be covered up plasticard why not use it.