Necromunda We all began as something else. Yakcomp 35 entry.

So I've published several snippets of the story fragments in me head about the gang I refer to as the survivors of the 105th regiment, and a few tidbits of the adventure that is clawing around, trying ta break free of me cranium. Well it seems that the blessed great leaders of de tribe have seen fit to fall in line with me insane ramblings. Sump of all fears dey say, ah ya wee poor bastards, you ain't never seen this coming.

So Necromunda wasn't always known as Necromunda, tis true. Dis great world of wealth and production used to be called Araneus, and used to be the central planet of a technological advanced society who used xeno built warp gates to transverse the various planets it included. During the Great Crusade, the Iron Fists were dispatched to subjugate the nobility of the Araneus Continuity, after the nobility had refused to be assimilated into the Emperors Fledgling Imperium.

Der was a secret though, that the Technonobility didn't let the Imperials know, even after being defeated. They were consorting with forces well outside of other humans for over 15000 years. These xeno's looked almost the same as humans, but different. They stood like giants to us, and had been rumoured to have originated from Terra just like us. Yet they left, to explore the stars long before, even the golden age of humanity. They called themselves the Nephlim. Me next post will be of the story of where they come into play, in the story of the 105th.
Reactions: SuboptimusPrime, Pierric, Biggle_Bear and 4 others

"So der were dis old bloke who hung by de bars of Sump Town when I was just a wee biter. Looked like he had tried to take a bit more out of life den he should have. You know the type, always thin to de bone, dat wild crazed look in the sunken eyes. Yup crazy Eddy the ship hands used ta call em.

"The thing about him was he never went anywhere without this HUGE tome of a book. I means I was only eight, the first time I saw its with me own eyes. Twas also da first time I discovered why the gaffers called 'im crazy Eddy. Nearly tried to beat me with it. Dang book must have out weighed him by emperor knows. Broke through some of those expensive tables. Ya know the ones from offs world. Actual shiny wooden and what nots.

"Well, Dia here book be having dat symbol you keeps asking about der. You know da skull dat lookin human, Saving de four eyes and the massive teeth. Dat der was plain as day on the front cover, and it had a tricky lock,that when yer tried to pick it ya gotts zapped. Not meaning a little spark like when ya poke at de power packs for a thrill, nah. I'm talking 'bout being thrown 'cross da room twitching, and drooling on de ground. "

His audience looked at him sternly from behind the blinding light pointed at the Hive scum's face. "I care not of such trifles, I only care for what I have been sent to find."

"Ah, " he continued, "well um, ya see Eddy wasn't much of the trusting sort. So about fitty or so full cycles ago, he started holding up on dis here island in de middle'o de Sump sea. Finding de island ain't no nevermind, it be the climb up, and den the one down. Eddy don dug a maze, and set within it a whole slew o' traps of the like dem Cold Traders use. Savvy?"

The other being shifted in his seat, leaning in towards the scum. The reflection of light, making the details of their mask akin to an Iron skull with four eyes. "If your are to question whether or not I understand your degenerate speech? The yes Savvy." Having responded, they moved back so the shadows seemed to embrace them.

"Ah good, so I can give ya da coordinates for de island where Eddy put dat darn book of the Old Continuity." He concluded with excitement. Not realizing the danger he had just unleashed.

For the second the hive scum uttered the words 'Old Continuity' the other beings eyes flared dark burning red. With eldric energy seeping out as blood would seep from a close graze of an artery, it stood tall glaring down upon the poor unwitting scum. "You never told me that you were aware of its contents! So you are aware of the truth of this 'Necromunda'," to which they made a spitting sound.

"Well not exactly. I mean yeah, I, be knowing we wasn't always Necormundians. That we once were deeply connected with the xeno's known as de Nephlim. If that's what you be meaning." The scum responded, not so sure of himself anymore. "Eddy, ya see, he liked kids. So he used to tell me stories out of da book. He never finished it because he said we weren't ready, that we never would be. The last ding he ever told me was dat de book could reopen de gates, what ever dat ment."

"ENOUGH!" an new powerful voice, split the darkness. A light clicking sound, echoed in the darkness. "We have the information we are looking for, end this"

The red eyes burned brighter, as the room began to ebb with the bleeding energy. "Yes, my master"

The hive scum's screams never left the room. Nor would the warnings Eddy had told him, never to tell anyone his stories. Especially not those who bore the mark of the old Iron Lord's of Araneus.
Reactions: SuboptimusPrime, Unslain, MedMos and 1 other person

Ok going to drop the pirate speak, because quite frankly even I get tired of it.

So for my entry for the Sump of all Fears I delved as deep as I could go into the history of Necromunda. So far back that it wasn't even Necromunda. The reason that I went that far back, was all the goings on in the Warhammer 40k galaxy, with things from the past fighting for their future that should have been.

The Technonobility that once ruled Araneus Prime, fought till the middle of the last century of M35. Through the historic gang leader Tray'ayr Cyberia, who also became the Cybernak, which was the mortal enemy of the founder of the Hemlwar line. Now with all things, the most powerful thing that all dictatorships hate, is knowledge. I for one, cannot think of a better symbol, that better personifies knowledge than a Book.

Tie in that in the 40k galaxy, books are never just books. They house all sorts of eldric beings, creations, plans, activities, histories, and most importantly miniaturized computers. Like maybe a fully un-corrupted STC, or some other dark age of humanity technology. All we know is there are powers that be, that want it, for the empire or against it, we do not know.

In a lot of settings I find that books hold a certain magic, be it real or imagined. Either way, I love it! One of my favorite novels is about a secret library, the key to which is inherited by a 18th century lawyer in Copenhagen. Awesome story about the power of books and knowledge, and the people willing to do everything to limit access to these things. Though I doubt it is available in anything but danish... Libri de Luca by Mikkel Birkegaard, if anyone reads danish, or finds a translated version.

Long story short: I like where this is going!
Reactions: trollmeat and ClanBuckCANS

MedMos said:
In a lot of settings I find that books hold a certain magic, be it real or imagined. Either way, I love it! One of my favorite novels is about a secret library, the key to which is inherited by a 18th century lawyer in Copenhagen. Awesome story about the power of books and knowledge, and the people willing to do everything to limit access to these things. Though I doubt it is available in anything but danish... Libri de Luca by Mikkel Birkegaard, if anyone reads danish, or finds a translated version.

Bubble, bubble, toil and trouble.
May all my efforts be a worthy struggle. 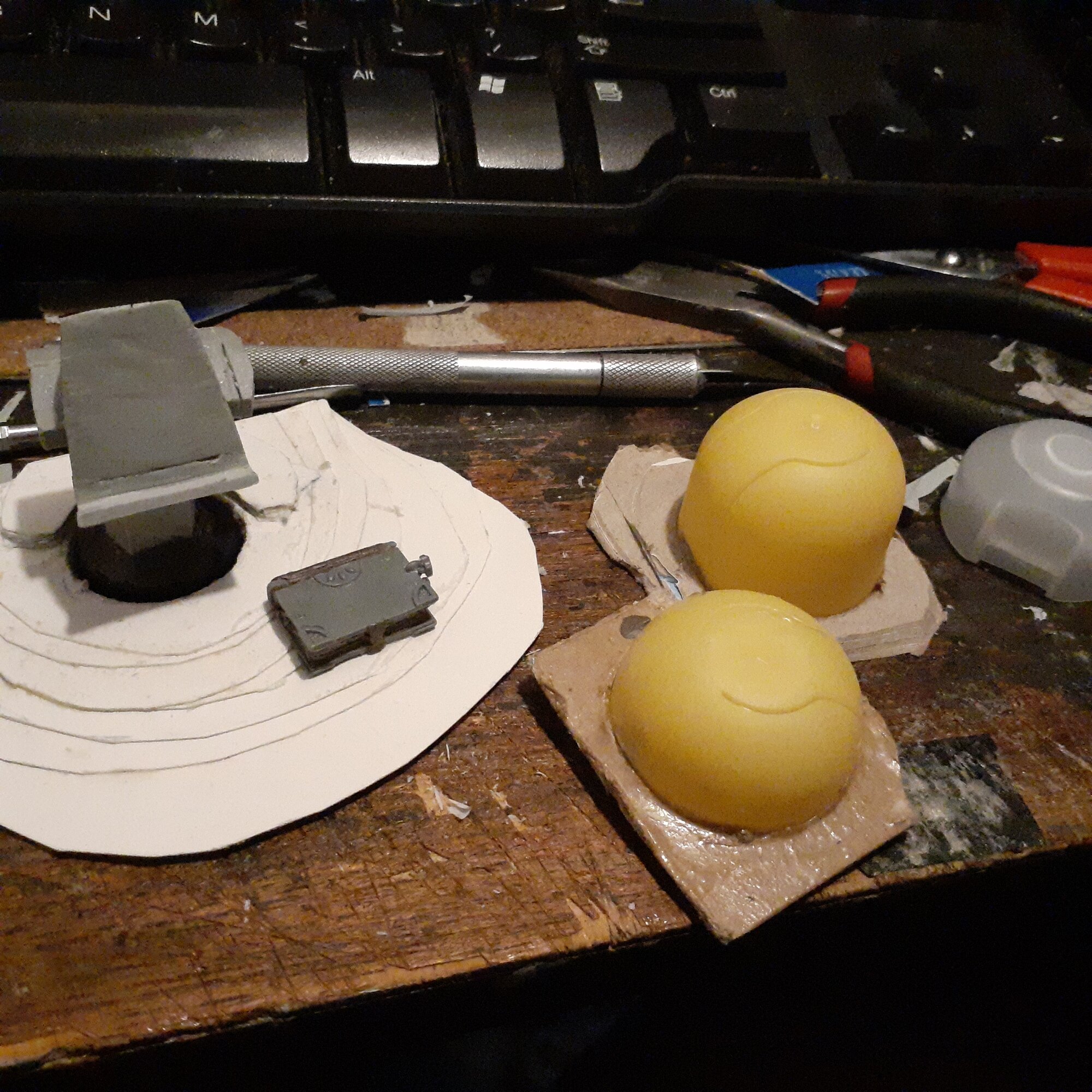 I knew those left over blocks of reading would come in handy. . . Muhahahahahaha 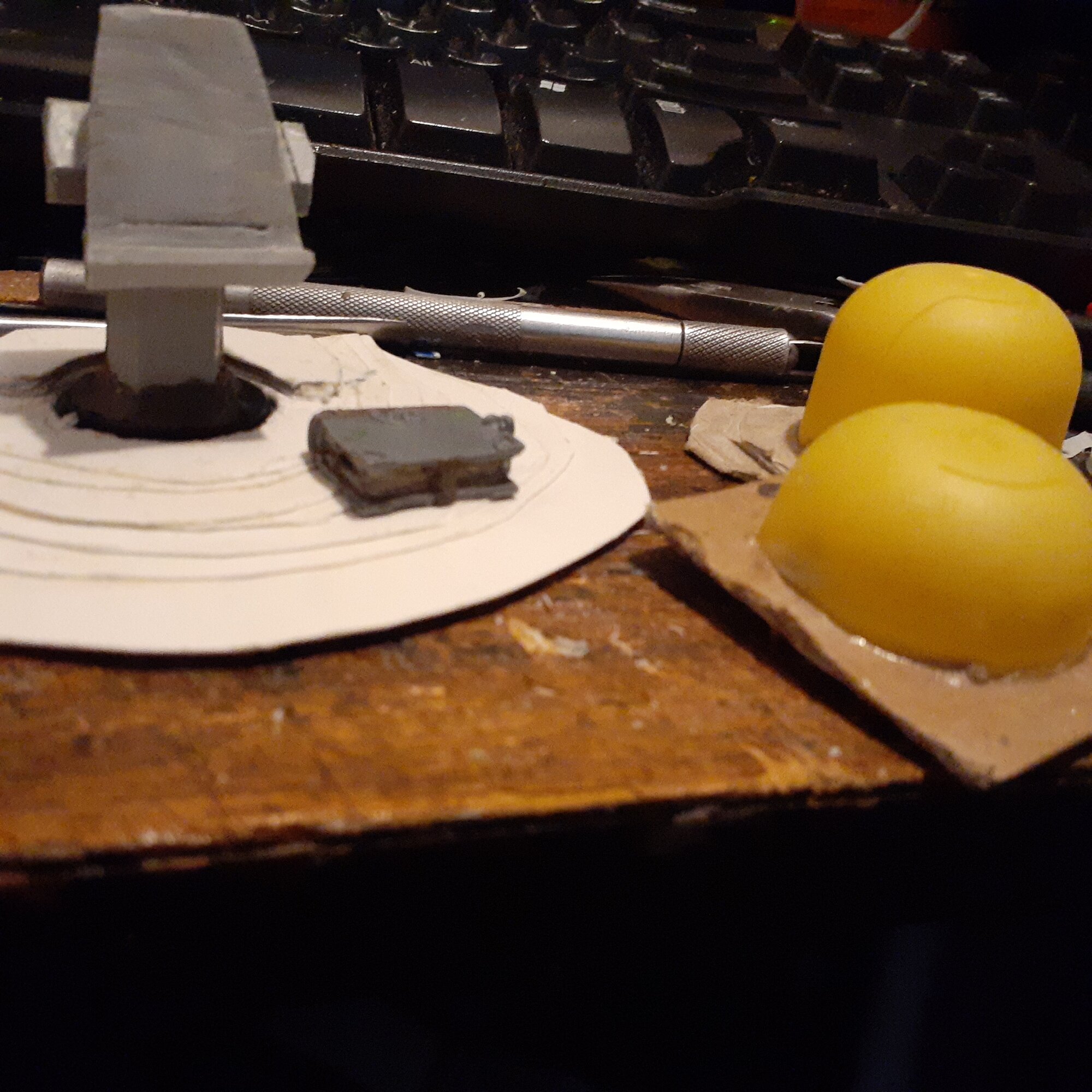 Oh and the "bubbles" are the reason Kinder Surprise eggs are illegal in the US.
Reactions: trollmeat, CaptainDangerous, MedMos and 1 other person

Day off from work. . . With kids. . . .still ploughing through. How does a floating book with chains sound
.
Reactions: trollmeat and Unslain

So been thinking really hard about the background and stats for the comp, and how to integrate into gameplay. As I was going through the Lexicanum, Wiki, an the various Fandom boards. Not to mention Pinterest boards, and models. I realized that my "sump of all fears" entry could be a solo mission, or a competition mission. So I am looking over those mission, types and trying to figure it out.
Reactions: MedMos and trollmeat
Show hidden low quality content
You must log in or register to reply here.
Share:
Link
Top Bottom