Hi all. I was initially really exited about the necromunda video game. However I gave up keeping tabs on it after all the delays.
Just found out today that it was released a while ago. I've read a couple of disappointing reviews and just wondered what people who play the tabletop version think of it?

I'm a huge fan of original necromunda and was really hoping for something close to a direct translation of that.

Things I particularly didnt like the sound if were only being able to use 5 gangers, no juves or heavies. Game mechanics sounded very different to the original. One guy said lasguns were better than plasma guns.

Would greatly appreciate any opinions

You will likely be immensely disappointed. The game is absolutely rife bugs. The AI is some of the worst I’ve seen in ages. And nothing is a direct translation (as an example, my Autoguns did consistently more damage than my plasma guns). My save ended up getting corrupted and I lost all of my progress. Total fail.
The whole thing was super disappointing. I would never recommend it, sadly.
Reactions: Grimysparks

At first I was also interested in the game. A lot! Not so much as a PC game, more as a source of inspiration for Necromunda Underhive.

After everything I read about Underhive Wars and the many bugs, crashes and losses, I was really happy and relieved that I didn't buy or pre-order it right away.

What I think is successful is the environment I like it a lot and by the way also contains references to GW Terrain. The setting and design options for a gang also seem to be very extensive. I cannot and will not allow myself to judge the operation and play, because I do not (yet) have the game.

I've decided that I'll take another look at it in half a year or a year and then make a new decision. The environments do indeed look great, so it's worth checking out for that - especially since you can freely do this from watching playthroughs online!

I'm also waiting a year or so, at which point it may be more complete, better and cheaper. Not going to reward a company for delivering a poor product.
Reactions: Grimysparks

Thanks. Just had a look. Doesnt seem like people who bought it are too happy and it doesn't sound much like playing a game of necromunda. Was really hoping for something I could play with long distance friends during lockdown.
Reactions: Legion9911

You might still have fun with friends. I’m told that the bugs are much less substantial on the PC version. And the environments ARE downright inspirational for building terrain.
Reactions: Grimysparks

Grimysparks said:
Thanks. Just had a look. Doesnt seem like people who bought it are too happy and it doesn't sound much like playing a game of necromunda. Was really hoping for something I could play with long distance friends during lockdown.
Click to expand...

It is fun, it just happens to be a game set on Necromunda as opposed to a game OF Necromunda.
Reactions: BearsWillEatYou and Grimysparks

cainex1 said:
It is fun, it just happens to be a game set on Necromunda as opposed to a game OF Necromunda.
Click to expand...

Cheers. I'll probably try it eventually once the bugs are sorted and the price drops.
Reading the early stuff about the game it sounded like they were looking to stay faithful to the tabletop game. It doesnt sound like a bad game apart from the bugs. Just not what I was hoping for.

I don't play though some in our group do. Comments I've heard are:
Bugs are much better now than on release.
Really isn't an implementation of Necromunda tabletop game. Rather reskin of mordhiem pc game.
Beautiful graphics, but stupid AI.

A couple of peeps totally switched off it after trying and a couple defending/enjoying it.. It's definitely not Necromunda but online. For that some use Tabletop Simulator.
Last edited: Feb 12, 2021

Grimysparks said:
Was really hoping for something I could play with long distance friends during lockdown.
Click to expand...

If you want to do that - buy Table Top Simulator on Steam instead. 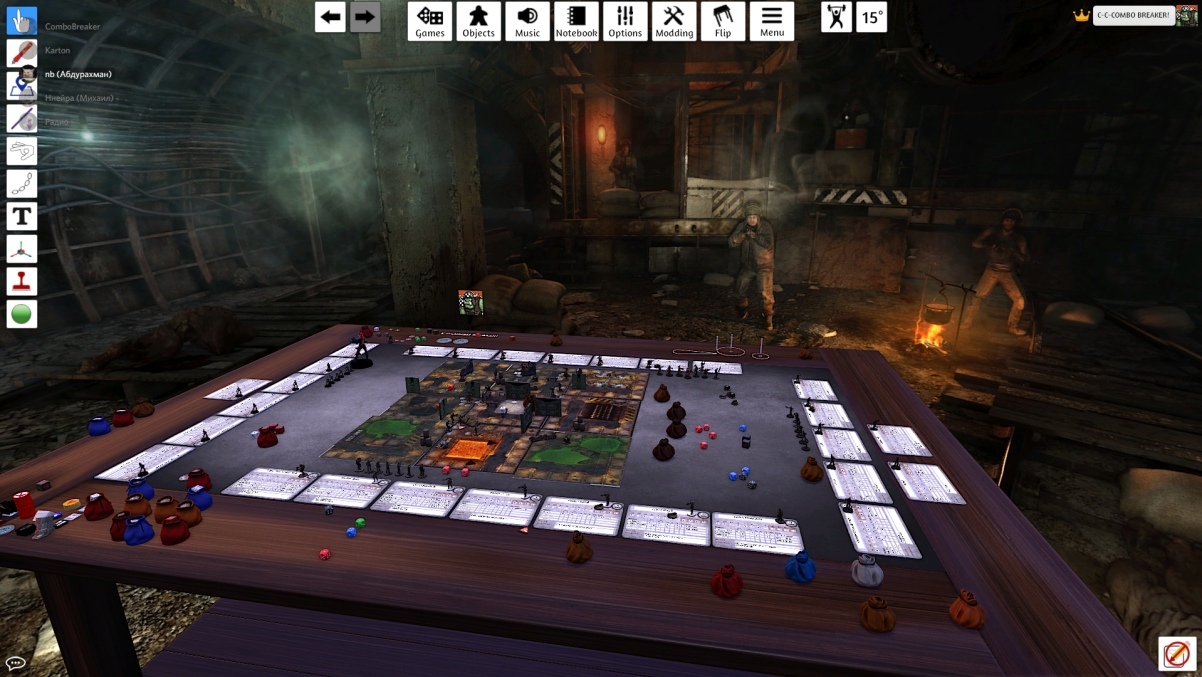 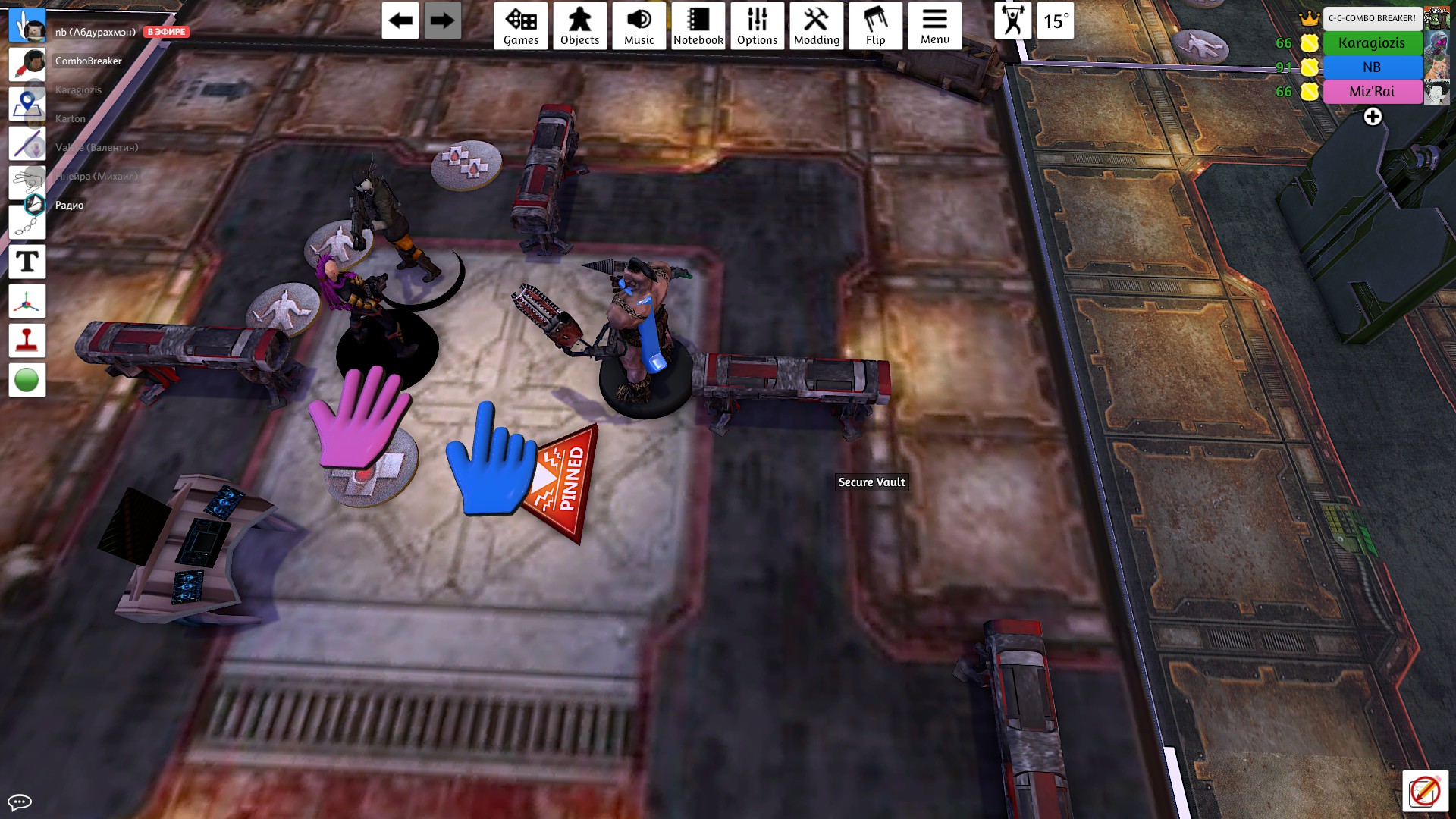 I've enjoyed it, but it does have its flaws (chiefly the AI). As has been said, it's very much a game of its own as opposed to a direct translation of tabletop Necro. However, despite the mechanical differences, the real soul of the game is in developing your gang, much like in tabletop.
Reactions: Legion9911

I have to say I enjoy it as a game, but it is nothing like playing table top Necromunda of any variety.

It plays a little bit like the new Necromunda but with each fighter taking 5 actions per turn instead of two, and with the mechanics being exceedingly more complicated to take advantage of the computers ability to undertake much more difficult calculations.

There is also a class system that is reminiscent of bad RPG’s instead of the gang structure, so each gang is made up of five fighters of different classes rather than gangers all starting the same and diverging based on advancements.

And the weapons don’t act like 40K weapons should. So lasguns, autoguns, boltguns and plasmaguns are all about the same killiness, but with different traits/effects, but you can get different levels of guns which make them more powerful. It makes sense from a game balance perspective as not all classes have access to the same weapons and all of them need to be as killy as the next class, but lore wise is a bit daft.

Anyway it’s a fun game if you don’t expect it to play like Necromunda or align with 40K lore.
Reactions: Legion9911 and Ledward
Show hidden low quality content
You must log in or register to reply here.
Share:
Link
Top Bottom