Righto, this comp you lucky lot get the hatter kicking things off. The trolls are busy comparing who has the 'most interesting' stain on their hankerchiefs*.

The new Book of Peril has a range of playable personnel described for the Water, Prometheum, Corpse, Slaver and Coin guilds. You could model one of these groups to form your next alliance!

Or perhaps in your corner of the hive there's other Guilds that have dominance? There may be a guild of beasts in your wildlands, a guild of sludge controlling the harvest, a guild of troll population control.... Anything really, take the concept and make it your own.

And not to exclude our ORB and NCE players, there's no reason you can't create something on the same theme and run them as a bounty hunter and team of scum to make them playable or to work scenarios around.

Take a guild, manifest the models....

The comp will close approx 5 and a half weeks hence, at midnight on your local time piece/pocketwatch of choice on Sunday 11th August. Any questions, ask away, they may be answered, they may be ignored, but they will exist!

*they mentioned something about a house renovation, busy work schedules, jabberwockies getting loose, etc etc, I still maintain it's the grand final of their hankerchief stain comp.
Reactions: cardyfreak, prewarsalad, Scavvierising and 13 others

Cool theme! I don't have the book but took a look at some of the concept art and I'm aiming to do something for the Corpse Guild - probably a guilder and bodyguard. More later once I've had a dig among the bits box!
Reactions: Deleted member 10658, CaptainDangerous and KungFuPanda

Tentatively in. I have some models but I don't know if I can make a whole Guild retinue.
Reactions: Deleted member 10658 and CaptainDangerous

There's no need to do the whole group. If nothing else it's a great excuse to grab yourself one of @Mad Robot 's fab guilder models as a start to your nefarious allies!
Reactions: Paupoi, Space Truckin, Deleted member 10658 and 3 others

Whoot! Much fun to be had.
Reactions: Deleted member 10658, CaptainDangerous, KungFuPanda and 1 other person

Any chance of some inspirational artwork, for those of us without perilous books?
Reactions: Draconic, Deleted member 10658, CaptainDangerous and 1 other person 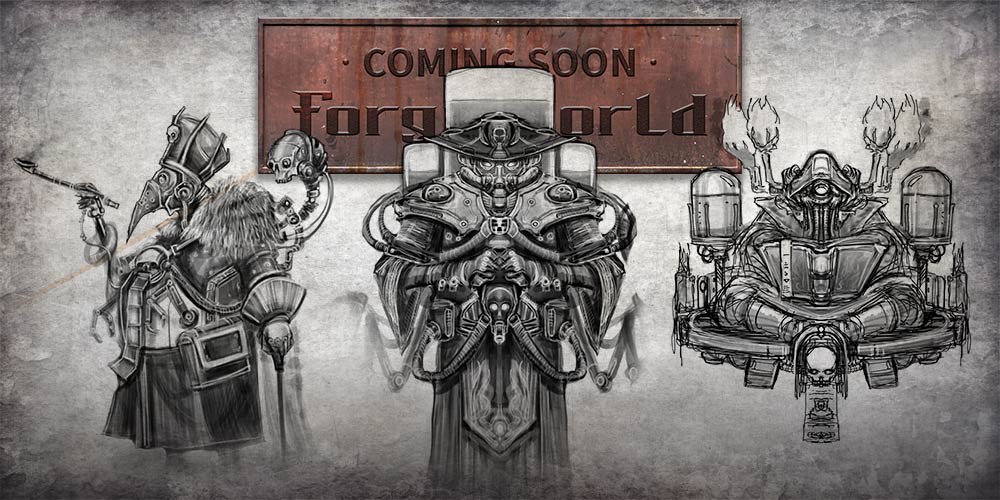 The new Necromunda represents a chance to expand the shadowy underworld of the 41st Millennium further than ever before, and ...

A hasty photo of my starting point: Janus Draik (the Guilder himself), a Delaque (an assistant/trainee), a ghoul (some sort of menial). I might add a bodyguard of some description later. 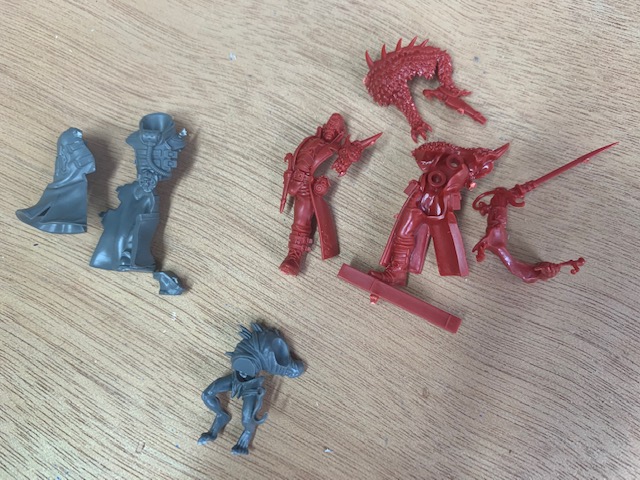 Does it need to be a character of can it be a whopping MadMax style heavy duty cargo hauler?

Edit : The Transportation Guild is at your service for the right price!!!
Reactions: Deleted member 10658, trollmeat and CaptainDangerous

Thanks for the links, @Fold. However, I think I'll sit this one out, as inspiration hasn't struck and I should start focussing on the FYSC Fall anyway.
Reactions: Deleted member 10658 and trollmeat
B

Is this one Necromunda only then?
Reactions: Deleted member 10658 and MedMos

Oooh, good question! Thinking outside the box might inspire something.
Reactions: Deleted member 10658 and Punktaku

Hail Spafe!
I might be completely behind in all things hobby right now but I would like to declare I’m in!
I’ll have to search for some inspiration, but The Troll Juicing Guild is calling out to me!

this is a guild i can get behind!
Reactions: CaptainDangerous, Deleted member 10658, trollmeat and 1 other person

Ooh! Ooh! I have one of those! AND I just attempted a zenithol highlight on him! I've never had this much completed this early in a comp!!!
Reactions: Paupoi

Like a Mordheim "corpse guild" that's really a front for a lazy necromancer?

Or a Gorkamorka Great Grot Gubbins Guild? You need a what? Yeah, me and da boyz can git you wun. Fer enuff teef.
Reactions: prewarsalad, Paupoi, Deleted member 10658 and 2 others

CaptainDangerous said:
Hail Spafe!
I might be completely behind in all things hobby right now but I would like to declare I’m in!
I’ll have to search for some inspiration, but The Troll Juicing Guild is calling out to me!

I can see that going down well at the wedding.
Reactions: CaptainDangerous and Deleted member 10658

Ben_S said:
Is this one Necromunda only then?
Click to expand...

there are traders, merchants, guilds of all sorts within the city of the damned, there are meks from mektown who form cartels across the city, rogue traders ply the space lanes travelling with passengers, fuel and all multitude of wares in battle fleet gothic, and if you can take your eyes off the game for long enough you'll spot the guild of popcorn sellers having a brawl with the hotdog vendors union in the stands of your local bloodbowl game. Any and all are welcome!
Reactions: =][=SW1=][=, CaptainDangerous, MedMos and 2 others
Show hidden low quality content
You must log in or register to reply here.

Tribe News Friday at 9:27 AM
Stoof

Necromunda Cause a project can never be big enough. The Ashgrad Technoclasts and their assorted allies.