Hawkins44 said:
There, is, indeed, more than one, but there is only one true psychic detective.
Click to expand...

I lean more towards these guys... 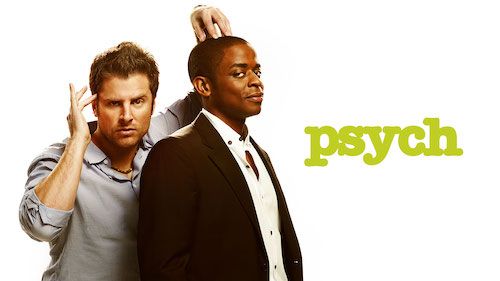 Psychic detective may need a long suffering partner.
B

Work on my entry has started here: https://yaktribe.games/community/threads/bens-bits-n-bobs.4055/page-82#post-287698

View media item 74694
(The guy on the left is old; the one on the right is my intended entry.)
Reactions: Scavvierising, Casus, The Tailor and 4 others
P

Very cool figures. You might have to come up a weapon profile for the pump action psychic prod. Short range shotgun like range weapon profile to complement the Versatile melee profile.
Reactions: trollmeat
B

Pagumb said:
You might have to come up a weapon profile for the pump action psychic prod.
Click to expand...

That would work too.

Just seen this, gonna enter, shall post a link to updates shortly.

How about a psychic energy caster / flamer?
Reactions: Stoof and trollmeat 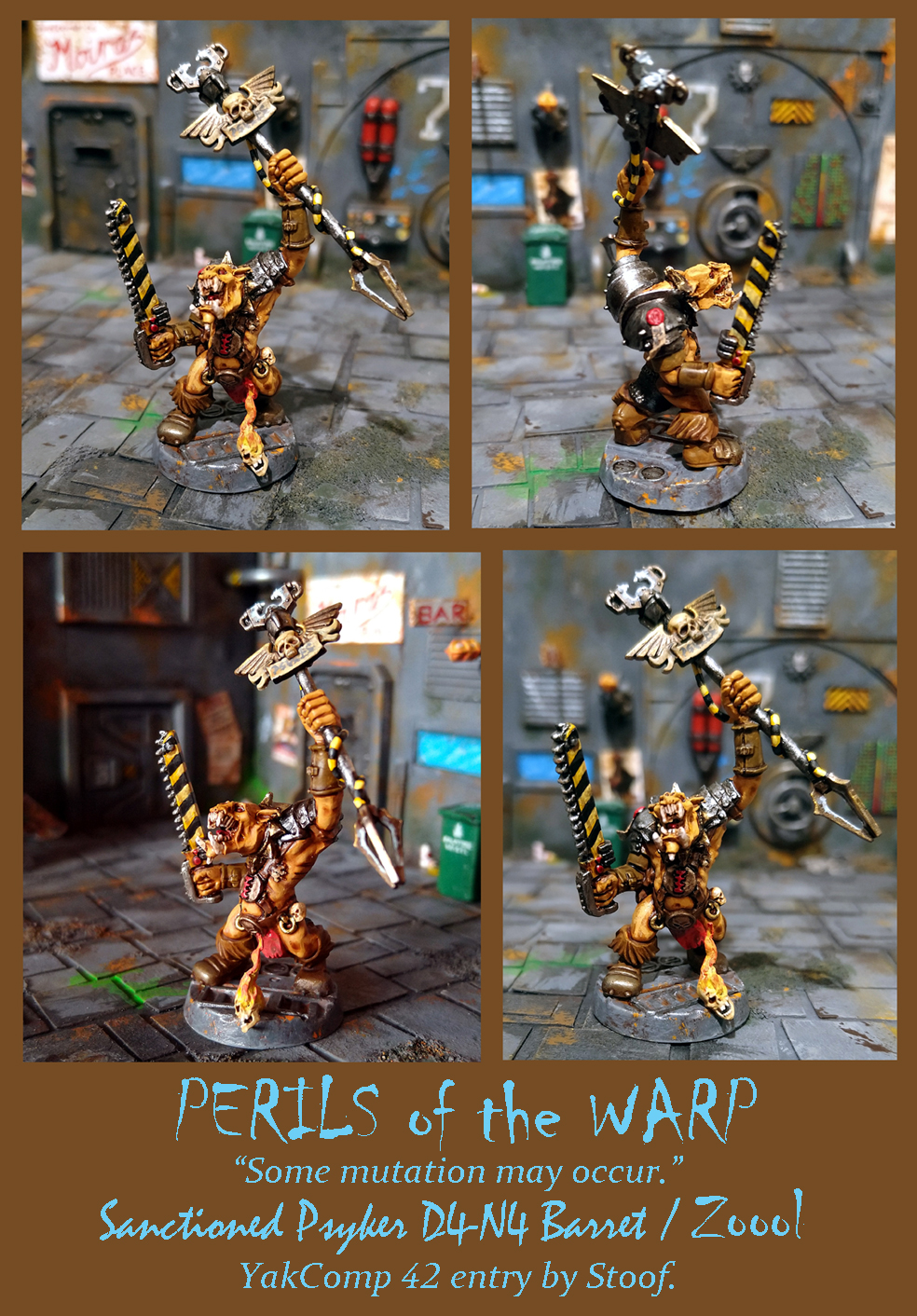 Comp42 - Perils of the Warp

Bigger pictures in my plog.

His slender frame was dwarfed by the heavy metal pauldrons and old brass and copper staff of his office. The staff was top heavy and made his fingers tingle as he held it - imbued with generations of psychic warp energy from previous users. At his hip hung a striped chainsword, blade so long that it scraped the ground if he didn't keep his other hand on the hilt, which made his arm ache.

This was it. The real world, as a Psyker. He'd done passably aboard the Black Ship where he had been raised since a four year old. He certainly has some small amount of power from the warp, but many of his classmates had outstripped him - but he did have enough control to not be shipped to Terra to join the Astronomican like those with power who lacked control.

And so he'd progressed and the time had come to be assigned - he'd been sent to this precinct of Hive Primus to support an investigation into a potential Chaos cult. The air of this dome was foul with a metallic tinge, but he couldn't feel any warp energies as he reached out into the surrounding area with mental tendrils.

An open-backed Taurox Enforcer truck trundled round the block, and one of the young officers helped him aboard the high tailgate.

"Barret!" The Enforcer Captain shouted from the open back of the cab - "Welcome aboard. We're going to drive around for a bit... see if you can use your..." he wiggled his fingers round his head "...weirndess to pick up any... uh... other weirdness. Those cultist scumbags must be around somewhere!"

Barret wasn't sure what he'd bee able to pick up. He could feel people around him when he tried hard, but unless one of the Cultists was actively using powers, he was unsure whether he'd detect anything. Still he would try - he sat in the back of the truck - after untangling himself from the chainsword again - and held his staff vertical. He focused his power on it and felt it pulse and crawl beneath his fingertips.

He willed his power through it and used the psychic conductor to enhance his tendrils wider - several hundred metres around the truck. He felt the tendrils probe and writhe as they found people with small connections to the warp. He made a sleeping baby cry out as one disturbed its sleep with a brief flash of warp energy - one who may someday be picked up by the Black Ships. But beyond sensing the presences he could't feel anything of the people themselves. No personality, no intent, no hint of what they did in their lives.

In a dreamlike state he kept it up, probind around. He felt a gathering of minds in the direction he was moving - as he'd seen dozens of times so far. But this time somthing nipped at his senses. Not his psychic ones - his real senses. He shrugged it off and tried to focus again, and again something - an itch from the material world. With some effort he broke the connection - like waking up suddenly from a deep sleep - and all hell had broken loose around him.

The Taurox had stopped. Two enfocers lay dead in the back of the truck. The Captain was firing a boltgun into a hab unit at the side of the road - it was that barking rapport which had disturbed him.

Barret thought of jumping up and thought immediately against it, instead he flopped over and tried to free the chainsword.

"Don't shoot the psyker!" someone shouted from beyond the truck - "we need him!"

He heard the Captain shout in pain as feet thudded into to back of the Taurox bed. The driver revved his engine, but Barret felt himself being lifted and thrown from the back rather than carried away in the truck. He saw a hooded figure fall, bolt round expoding from his chest, from the back of the Taurox and just caught a glimpse of the Captain pointing frantically at him before his head hit the rockrete and everything went black.

The room was pitch black. The floor he woke up on was damp and slightly slimy, but it didn't smell too bad. He tried to reach out physically and found a wall, then a door frame, then the keypad... but it was disabled. In another corner of the room - only three or four metres square - he found his staff discarded. But no chainsword.

Feeling more than a little pathetic, he banged on the door and shouted for help. Captured by, presumably, Cultists on his very first outing. This wasn't going to look good.

He froze, the gravelly voice was inside the room.

He tentataively tried to peer around, but couldn't see anything.

"Hu.. hello?" he forced the words out throuh a terrified mouth.

"Ah good, you aren't deaf" the voice laughed - "Let's get you out of this shall we?"

That sounded promising... but his mind zinged with a stab of pain. "Who are you?" he managed to whisper.

"Oh, don't mind me. They call me Mr.Z. Now just grab that staff of yours and open your mind for a second, I haven't done this for a while..."

Another screaming stab of pain to the brain and Barret tried to raise psychic defences as best he could. He realised too late that the voice wasn't in the dark room, it was in his mind. He began thrashing at the door and screaming for help...

Hettek heard the captured Psyker - Barret was it? Thrashing against the door of the strongroom where the old factory payroll was kept. He seemed to be having some kind of seizure. Probably because of the heavily shielded safe he was locked in had cut him off from the warp. Psykers were weird like that. The screaming and scraping suddenly stopped.

Hettek was unsure... Glorious Leader Inauygo would be upset if the Psyker died before he could be posessed and bound to serve them.

"Hey?" he called through the door "Psyker? Barret? You alright?"

No answer. He waited a few seconds before deciding that whatever happened, if he didn't open the door the little psyker couldn't escape. It would be wise to keep the door closed.

"Nice try Barret, the old 'make lots of noise and they'll come and check on me' trick! No chance!"

Hettek laughed and went back to sit at the old broken terminal across from the door on which the psykers chainsword lay. As he sat down, he heard a long, deep growl from the strongroom. There was no way that skinny little kid made that noise.

"Barret?" he asked again, unsure. He felt wetness on his lip, and licking it, tasted rich iron of blood.

The a deep voice boomed through the door, making the very walls vibrate. One of the lightbulbs burst in a shower of sparks.

Hettek jumped up from the seat as the strongroom door began to peel and twist around itself. He screamed for help out of the window of the office into the abandoned factory that was their cult HQ - several cultists looked up and began to run towards the stairs of the office right before Hettek was cannonballed through the window, propelled by what appeared to he a heavy steel door that had been cumpled into a ball like waste paper.

Barret woke again with a start and a shout. He was hot! So hot! The rockrete on which he lay was blasted black with soot and there was smoke everhere... but he felt ok. He tried to swallow and nearly choked, instead rolling over and coughing up a fleshy lump onto the rockrete, where it fizzed and sizzled on contact.

Tentatively he stood. The air smelled of burnt meat and hot metal. Lying nearby was the body of an old man in a robe, a look of disbelief fixed on his dead face... it looked like his throat had been torn out... Barret realised what he'd spat out, and immediately vomited on the floor.

The smoke was clearing and Barret gazed around at the destruction. There were bodies everywhere, all in robes. Not all intact. And blood. So much blood. His chainsword, heavily encrusted in ichor, was imbedded up to its hilt through the chests of two cultists, jamming them together in a final embrace. His staff was standing upright by itself, humming faintly, in the centre of the blasted area.

He tentatively took hold of it, and a jolt of psychic energy jarred his brain for a second before the humming stopped and the clicking and cracking of cooling steel and concrete took over.

The factory door suddenly burst open, and in dashed a dozen enforcers before suddenly checking themselves - one slipping onto his back in a large pool of blood.

The Captain stood there, arm in a sling and mouth gaping in astonishment. "We... have come to rescue you?" he said, disbelief in his voice as he looked around the hall.

Barret said nothing, but a gravelly voice in the back of his head spoke before fading away...

Barret suddenly felt more drained than he had in his entire life, and slumped to his knees as an Enforcer medic dashed forwards to help him...
Last edited: May 13, 2022
Reactions: Scavvierising, Mr. M, Grognard Gluefingers and 13 others 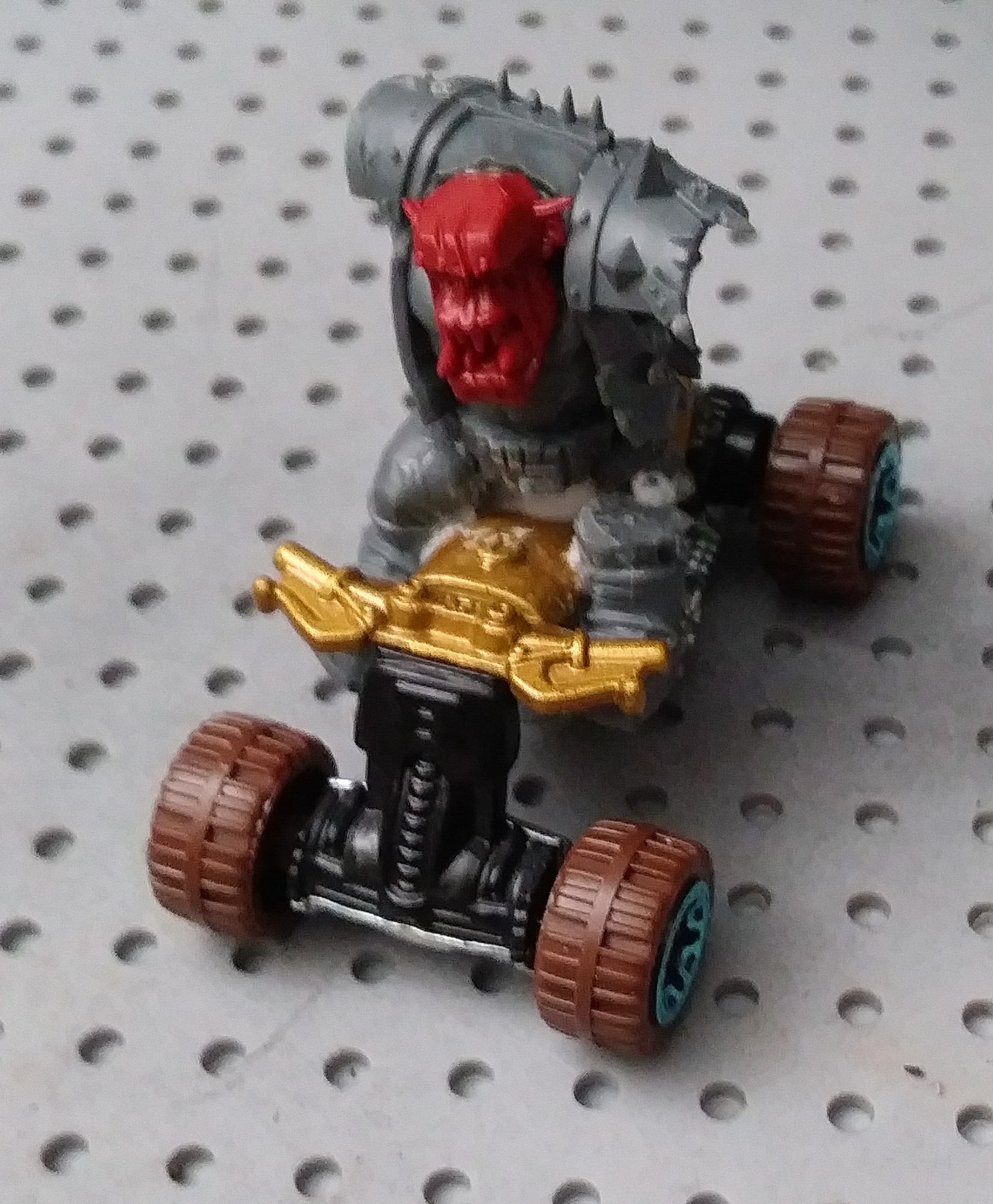 GoFasta Weirdboy WIP for YakComp challenge
Here's my progress, he has the power to GO FASTA.

Thinking about lightning from the mouth if I can balance it.
Reactions: Lyndon, Casus, MancInventor and 5 others 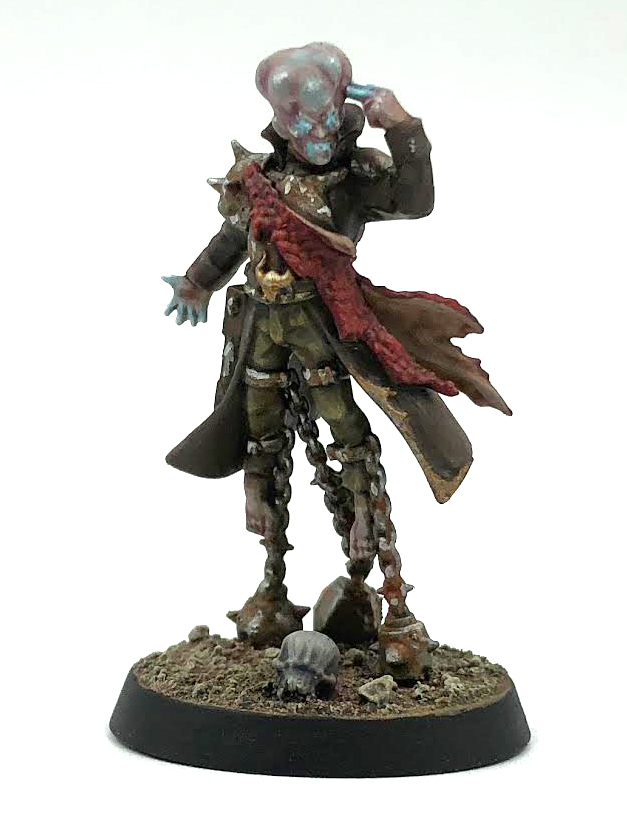 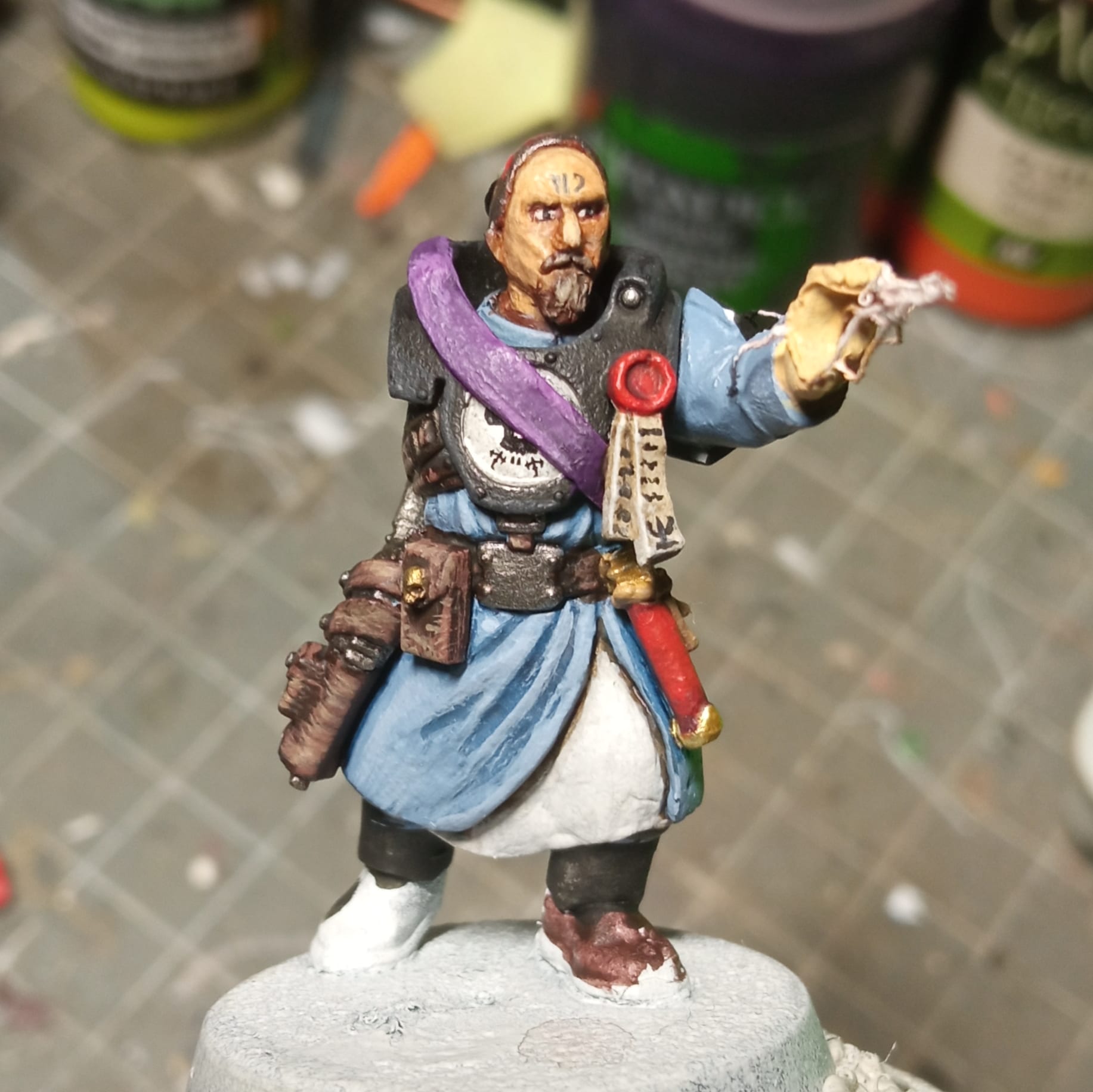 When this comp was declared I did not have need for any new psykers, and while I had purchased a huge pile of Delaques instead of painting them up I was dragged back to Goliath for another season - thus the Scions of Juice project…

….but now that campaign has started, and I got territory that permits me to take a free bounty hunter, and book of outcasts lets them be psychic……… 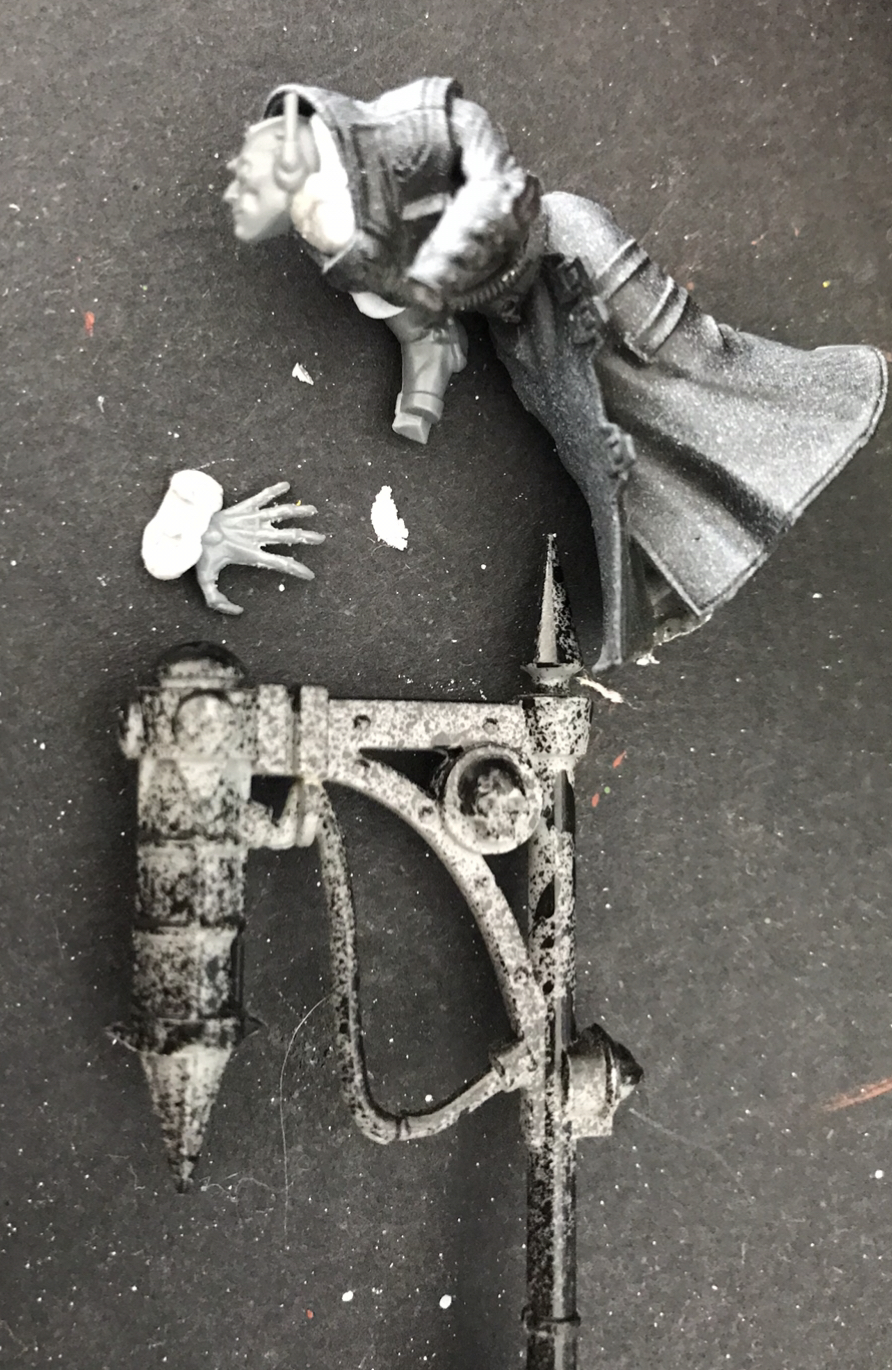 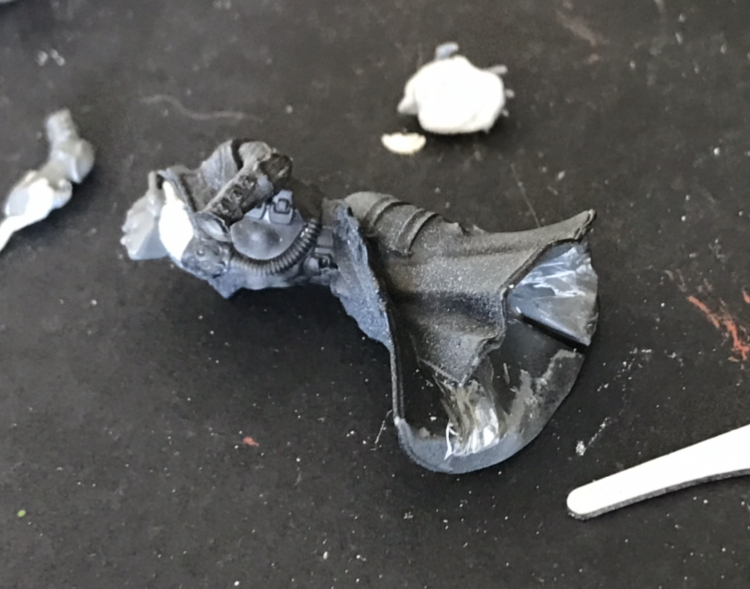 Reactions: Stoof, Ben_S, Lyndon and 2 others

Quick progress, more to paint & better pics after it is finished 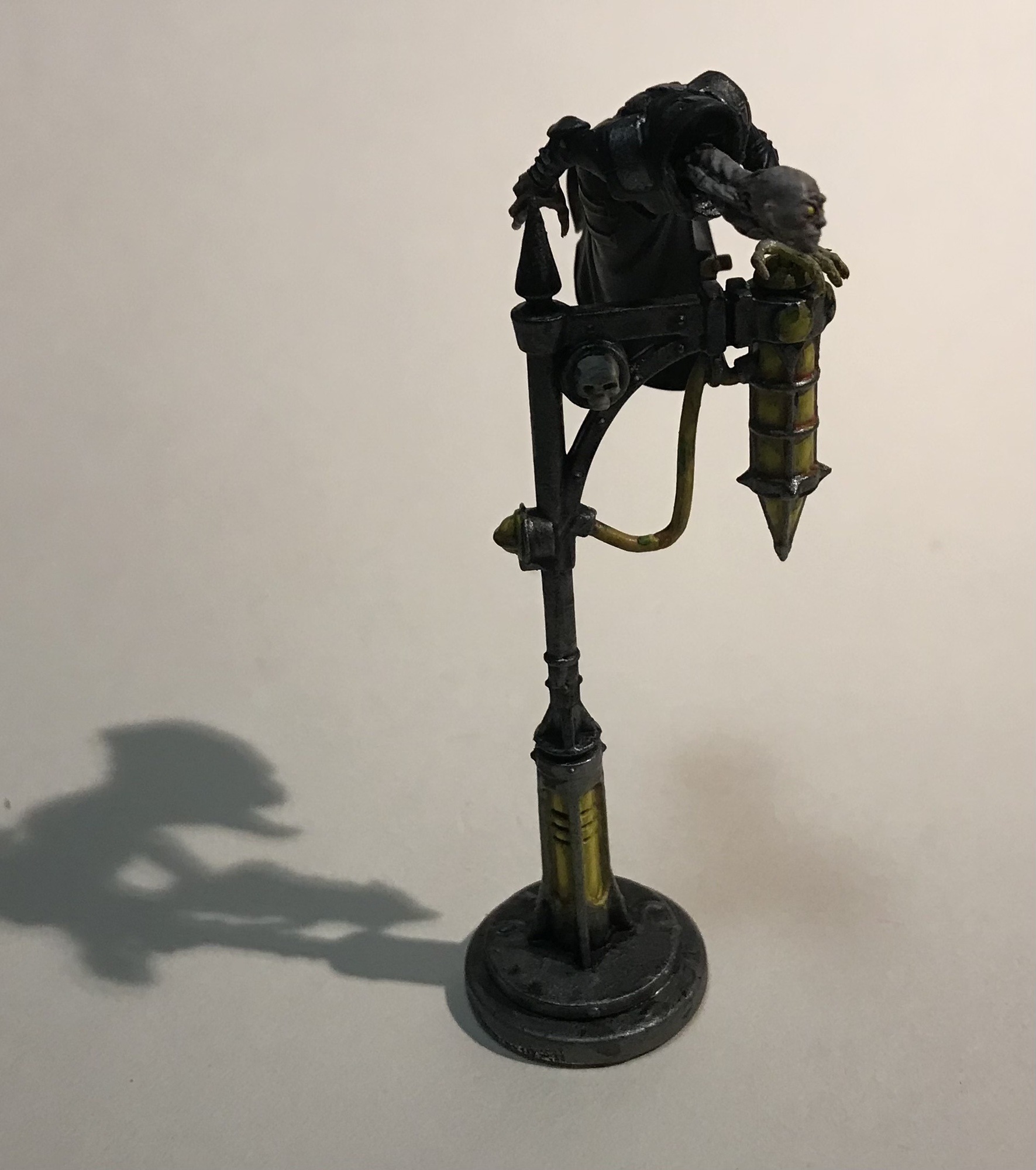 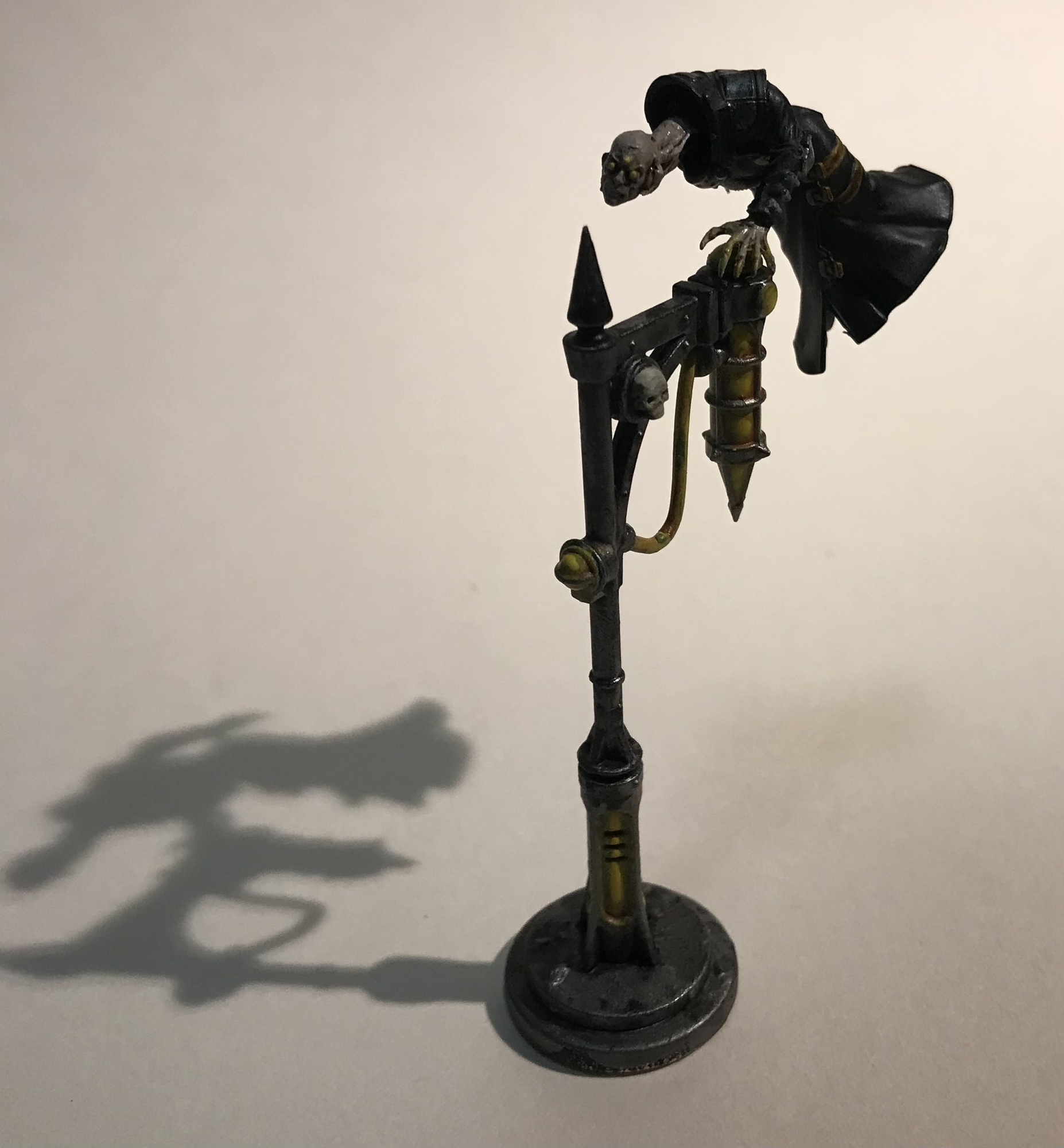 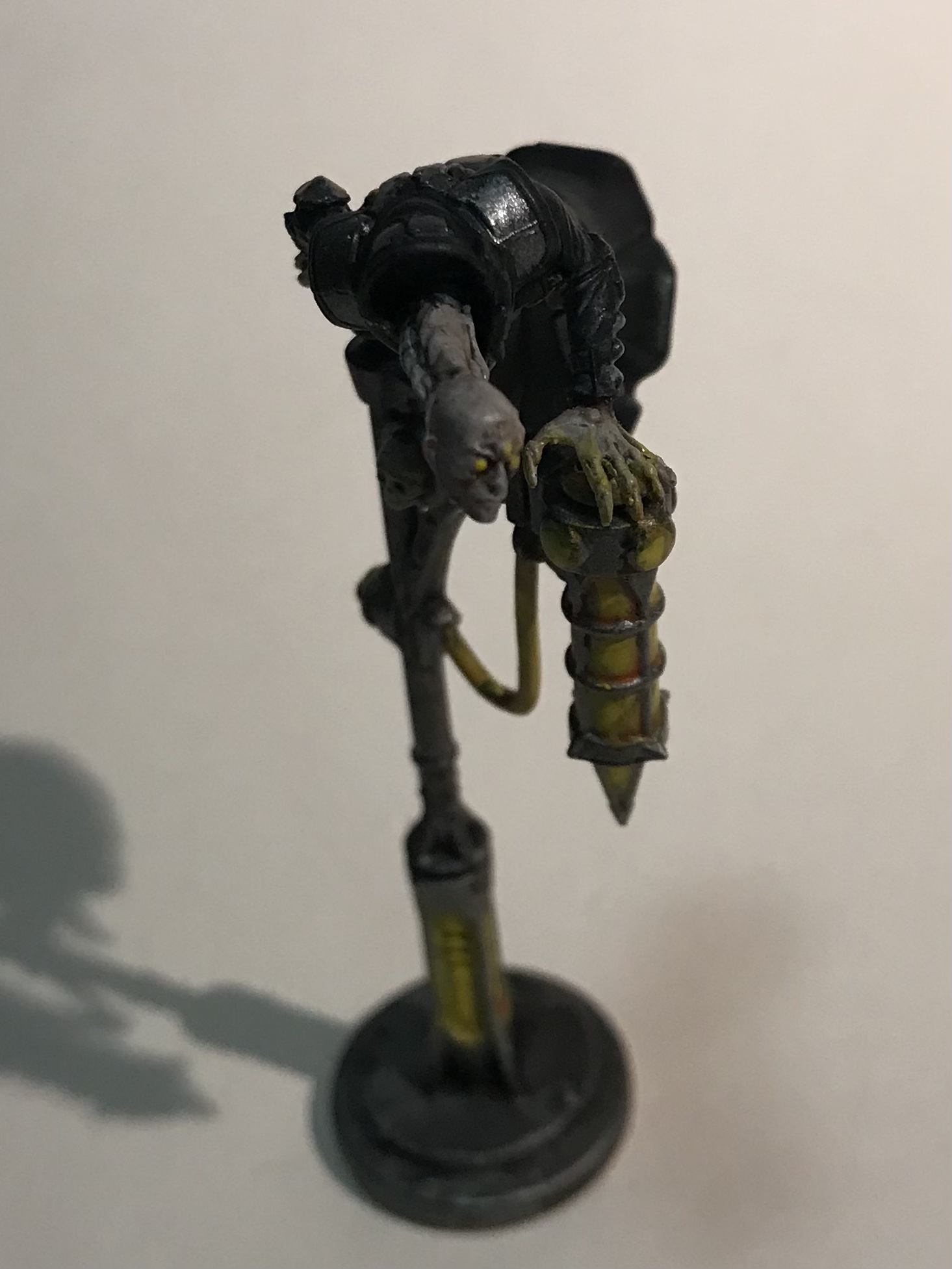 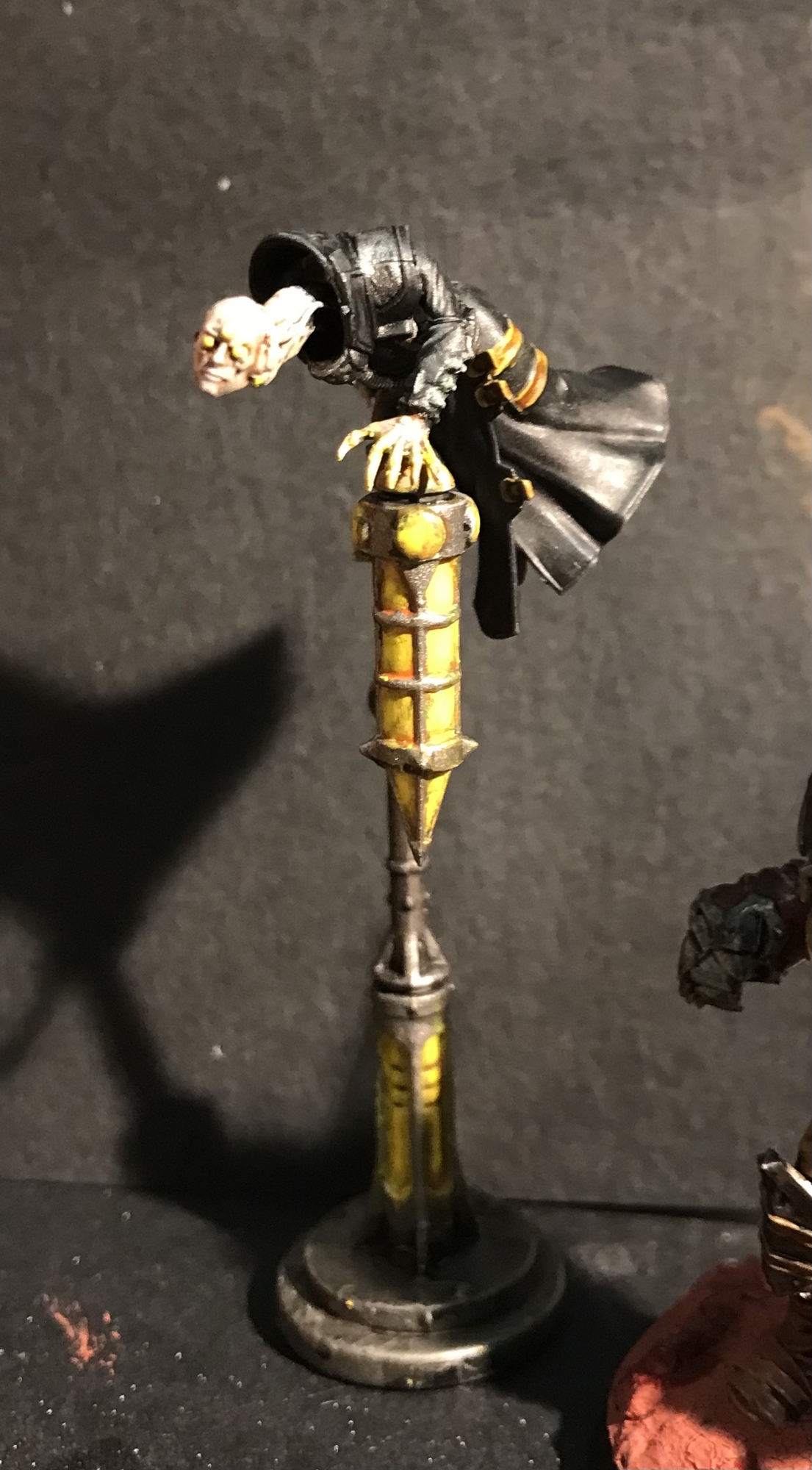 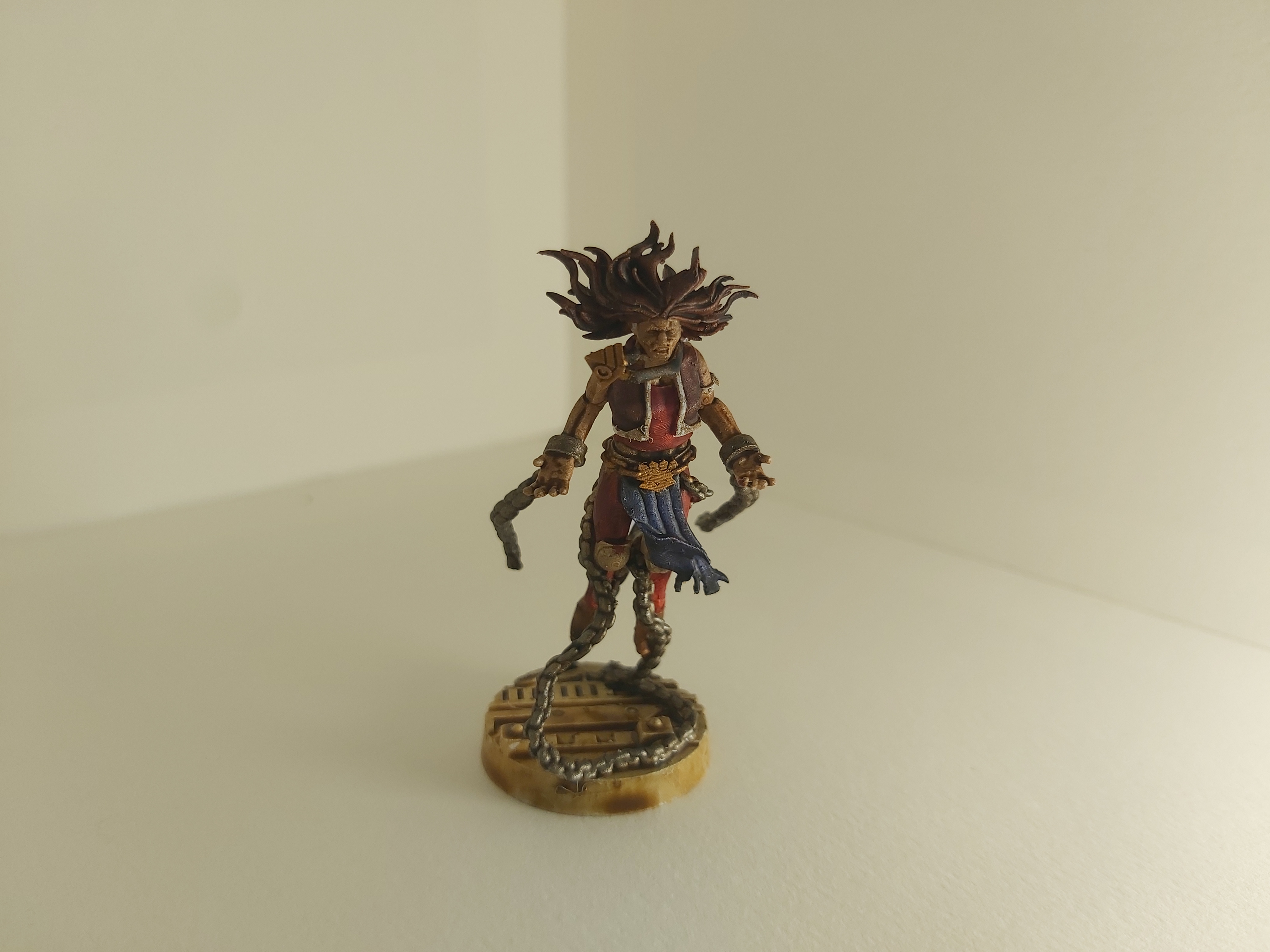 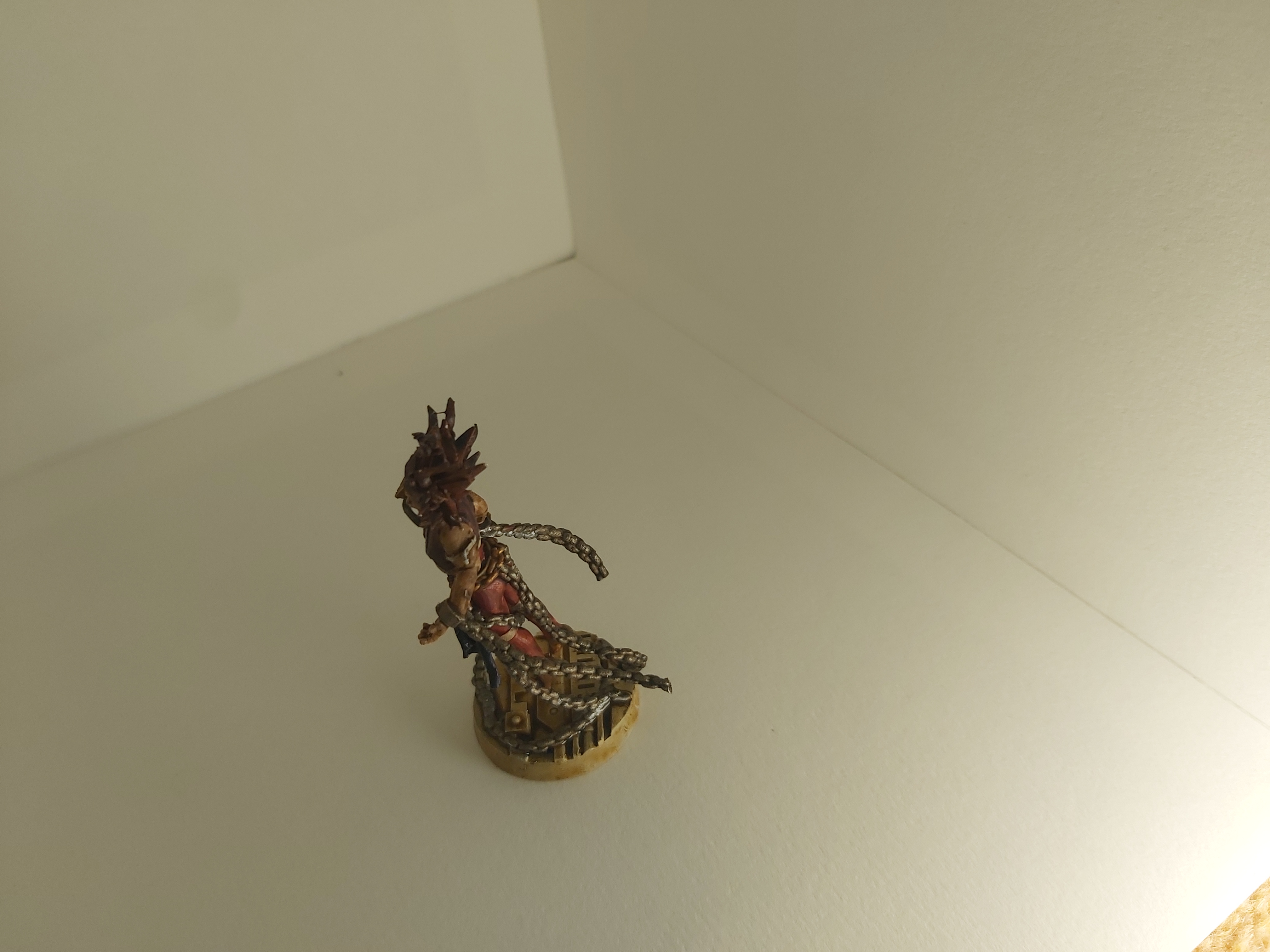 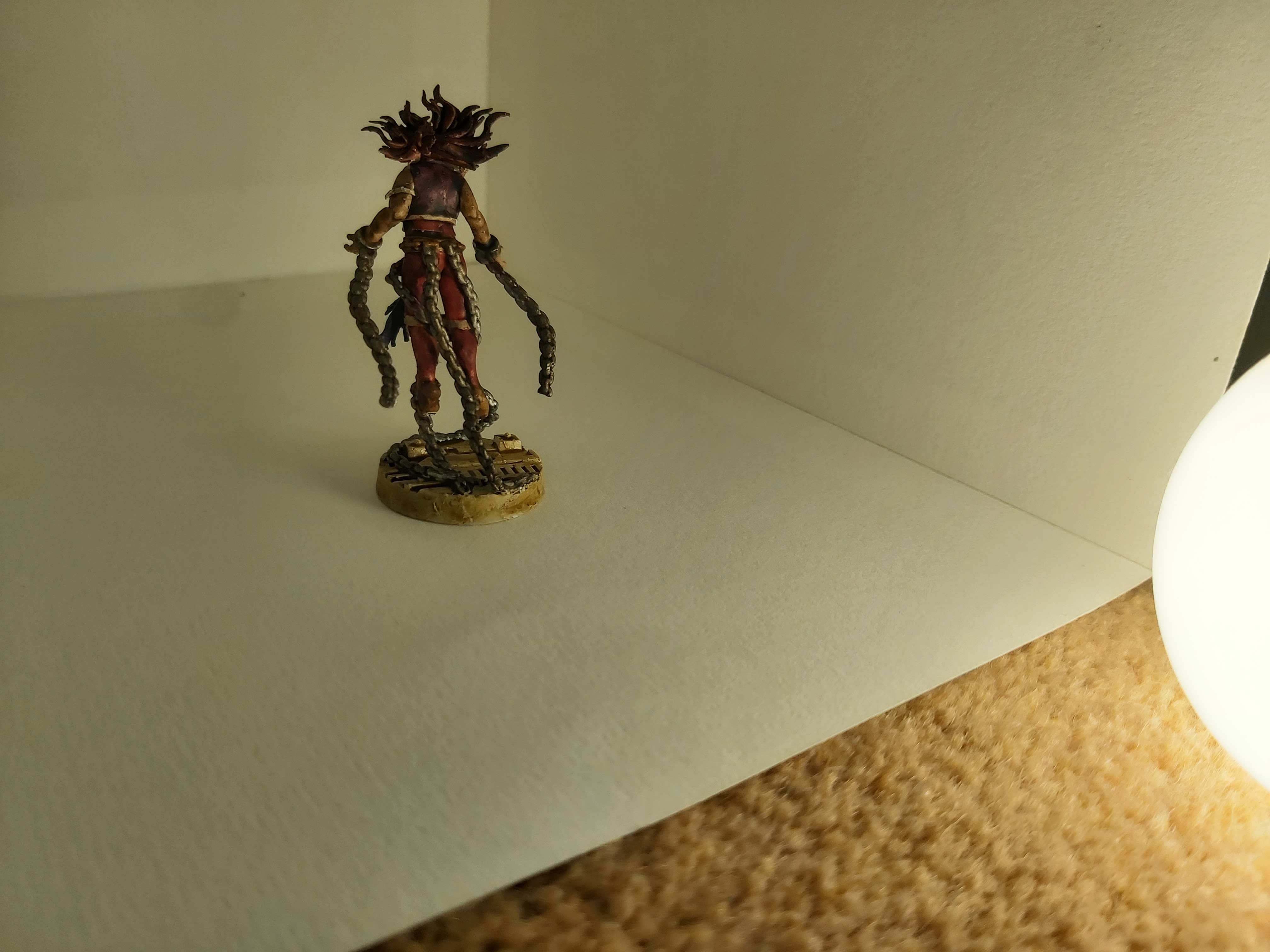 oh well didn't turn out quite how I wanted it but still ok sculpt wise I think.
Reactions: Scavvierising, Malevolent Pink Cat, Biggle_Bear and 11 others

Did you paint the Necromunda symbol on his chest???

GreyMatter said:
Did you paint the Necromunda symbol on his chest???
Click to expand...

It's a decal that comes with the Enforcers kit.
Reactions: trollmeat
P 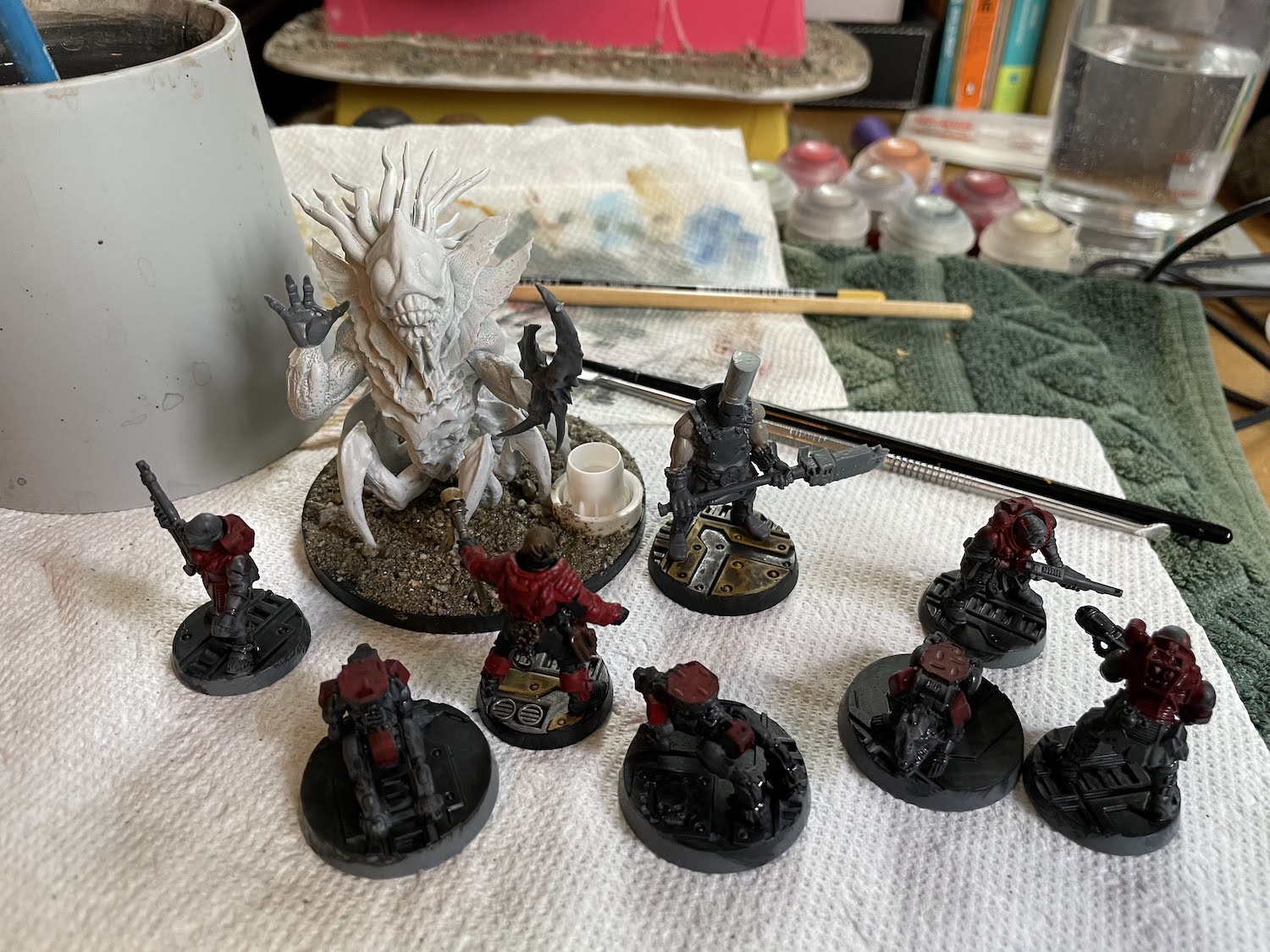 Reactions: Mr. M, Casus, Biggle_Bear and 6 others
Show hidden low quality content
You must log in or register to reply here.