Hm. I kind of want to use the Yakmas paper, but I wont have access to a proper printer until Sunday. Is Monday morning sufficient? I know it says "under way by the 15th" in the first post, so the answer is most likely yes, but I am sometimes an anxious person in need of reassurance...

...or years of working in QA for a large company have left me unable to do anything without explicit and redundant documentation, your pick.
Reactions: Resmire and Stoof

Monday is the 15th in my book, so that's fine
And let's be honest there's not a whole lot I can actually do to force people to send theirs by the 15th. Just trust to guilt that everyone has agreed to those terms by signing up, and hope those posting internationally realise how very slow global post is at the moment. I'll be amazed if everyone actually sends (or has even painted) theirs by the 15th.
Reactions: Edelweiss, Tiny, Ben_S and 1 other person 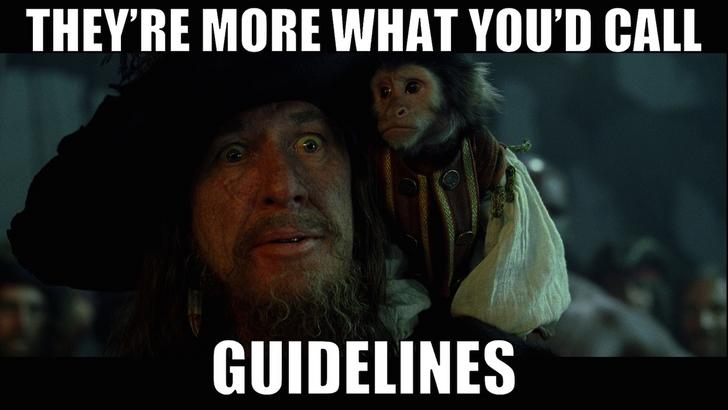 Ooh, and I received a mystery parcel on the same day. Very exciting.

Tiny said:
Ooh, and I received a mystery parcel on the same day. Very exciting.

My wife and I open all our gifts on Yakmas Eve, that way we can spend Xmas Day getting hammered and binge watching holiday movies.
Reactions: SuboptimusPrime, Tiny, Resmire and 3 others

Sounds like we Germans do it.
Eve of 24th is the big time with gifts and the beloved ones. 25th and 26th are reserved for the annoying rest of the families. XD
Reactions: Tiny, SuboptimusPrime, Resmire and 2 others

Same here in Denmark-land. Kids opening presents until they pass out, because first it's Christmas dinner, drawn out by dessert and all, then dancing 'round the tree singing hymns you haven't practiced since last year.
Reactions: Stoof, NoOneII., SuboptimusPrime and 1 other person

Austrian routine is this:

24th - Feasting and booze in the evening in the closest circle of relatives to welcome the Christ child, who brings the presents.
25th - Feasting from midday on to evening with more distant family and friends (and booze)
26th - Feasting and booze from morning to evening, usually with friends and those weird relatives you barely ever meet
27th - short break for health reasons
28th - Eating leftovers you forgot about, more booze because you might as well clear the decks before buying fresh booze for New Year's

We are apparently what is called an "indulgence permissive culture", according to a study I once saw. And I admit we may have a bit of a normalized alcohol problem.
Reactions: Edelweiss, Gunkaiser, MedMos and 5 others

The Yak's in the mail.
Reactions: Resmire, Jon Reinhardt and Stoof

Stoof said:
hope those posting internationally realise how very slow global post is at the moment.
Click to expand...

I'll second this sentiment. Literally seeing parcels from UK to some EU countries taking 30-45 days to be delivered. That and they seem to be randomly returning parcels or adding massive customs charges. Its got to the point where sending a parcel to Australia or the US is less risky than sending to Germany.
Reactions: MusingWarboss, Resmire and Stoof

In all the (mostly negative) excitement of the last few days, I forgot to mention that I have met with success, and according to the Austrian postal service, a small but sturdy box containing +++redacted+++ has cleared their depots early yesterday morning and is underway on an international adventure!

Lady at the counter said the package should reach +++redacted+++ in 4-5 business days, one week at most. Let us hope she is correct, and let us hope I managed to get all the details right and there will not be shenanigans with badly legible addresses or customs. The amount of anxiety involved with posting a package was a sensation I had forgotten about completely.
Reactions: Ben_S, MusingWarboss, MedMos and 2 others

I post hundreds of parcels every week and every so often there's still anxiety. Particularly posting something that is a one-off that you've made and painted yourself.
Reactions: Edelweiss, SuboptimusPrime, Resmire and 3 others

Yaksanta has been and delivered a hazard tape wrapped box. Had it for a few days. Just kept saying I'll mention/post it later. So have no fear secret person

Tiny said:
I post hundreds of parcels every week and every so often there's still anxiety. Particularly posting something that is a one-off that you've made and painted yourself.
Click to expand...

This was actually the first time I posted a package internationally, believe it or not, and naturally I made a huge blunder, which will hopefully be survivable. I assumed they'd put something like a cheap outer box around the package, or at least tell me that this is not included, because you know, customer service. But no, the incredibly rude lady behind the counter (rude even by the standards of a city infamous for rudeness) barely grunted when she took the package, made me sign a customs form and off it went.

When I started wondering about this on the way home and returned to ask no 15 minutes later, I was informed by an even ruder lady that the package was already on the way to the central depot, from where it left the country yesterday, so at least they're efficient..

It's a sturdy box and wrapped in paper, so it ought to survive as is, but it does have me worried now. Oh well, all in the Emperor's hands now.
Reactions: Edelweiss, Resmire, Tiny and 1 other person

It's good to know postal workers across the world share a similar sunny disposition - the lady I posted mine with seemed personally offended by my very presence and my sheer gall to be posting a parcel - if not for simply existing in her general vicinity. I thought she might stab me when I said it was going internationally.
Reactions: Edelweiss, MedMos, Resmire and 3 others

Stoof said:
It's good to know postal workers across the world share a similar sunny disposition - the lady I posted mine with seemed personally offended by my very presence and my sheer gall to be posting a parcel - if not simply existing in her general vicinity. I thought she might stab me when I said it was going internationally.
Click to expand...

Yes, that was exactly my experience, down to the glare. And it's nostalgic, you know. When I was little, the mail was still state-owned, but it's good to know that certain traditions and rituals persevered through the transition to a private company.
Last edited: Nov 17, 2021
Reactions: MedMos, Stoof and MusingWarboss

That grumpyness being an international phenomenon might be a hint that internationally it's a shitty job in shitty conditions with shitty headhonchos doing shitty things to their employers all the time. :/

NoOneII. said:
That grumpyness being an international phenomenon might be a hint that internationally it's a shitty job in shitty conditions with shitty headhonchos doing shitty things to their employers all the time. :/
Click to expand...

Don't get me wrong, I worked retail for a while, I know customer service positions are terrible, which is why I go out of my way to be friendly in such situations. But at my local post office, friendliness is apparently seen as a sign of weakness or something, and they seem to have an internal competition going who can give you the most accurate demonstration of being treated with the absolute minimum for courtesy required.

And I mean, she seriously was rude by Viennese standards, and according to studies, we are the second rudest people in Europe after the Parisians.
Reactions: Pagumb, Stoof, Resmire and 1 other person
Show hidden low quality content
You must log in or register to reply here.

What makes Yaktribe special to you?