That time already? I was just moving my Yakmas mutant reindeer warrior to a higher shelf yesterday. I'm in!
Reactions: SuboptimusPrime, Stoof, MedMos and 3 others

out of the way it’s time to for a reminder, the deadline for entries is 11.59pm on September 30th.
We’ve already got quite a few entrants but more never hurts, spread the word
Reactions: Edelweiss, Stoof, MedMos and 1 other person

Go on then, I’m in!
Reactions: SuboptimusPrime, Stoof, radulykan and 1 other person

Have I signed up already? If not I’m in
Reactions: Edelweiss, SuboptimusPrime, radulykan and 2 others

I'm going to bow out of this one. I'm burned out on hobby stuff and busy with house stuff at the moment.
Reactions: SuboptimusPrime, ClockworkOrange and radulykan

Ho ho ho mo fo, count me in.
Ideally somebody from continental europe, UK if none was availiable. Sorry yankees, postage over the puddle is quite pricy.
Reactions: SuboptimusPrime

Forgot to mention, a cool thing happened at Tribemeet this year, two secret santa participants played against each other and one of them killed the model they had made for their opponent sorry @Ned Noodle 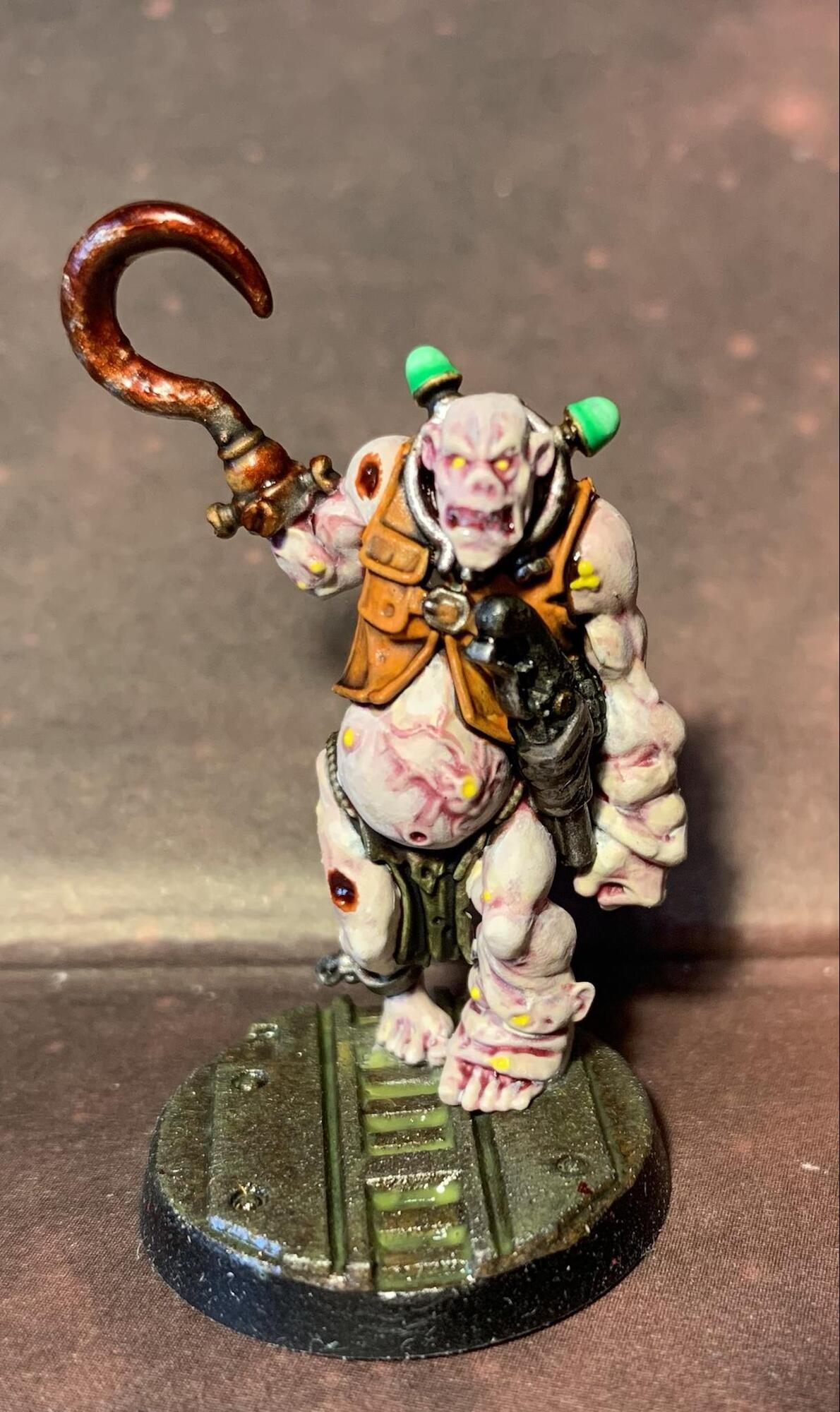 Oh meathook!….it’s a small world, killed on his second ever game by his estranged biological father…poor lad.
Reactions: Stoof, SuboptimusPrime, Scavvierising and 1 other person
N

Aaaaaaaaaaand we're off!
Remember its a secret, I know its tempting to post pics of your wip secret santa but that defeats the secret bit
Looking forward to seeing what we all get!

reminder of the rules and deadline day

Da Rools n Stuff:
1) If you sign up for this you are solidly promising to build and paint/or paint a hired gun or similar character for your Secret Santa, to the best of your ability (please bear in mind not everyone will be of golden demon standard, that is okay!). This mini can be metal, plastic, resin, papercraft, sculpted yourself or even a combination - so long as it is fully assembled, based and painted!
It can be for any system that the recipient plays. Traditionally it is Necromunda hired gun, but it could just as easily be a Battlefleet Gothic privateer's ship for example if they played BFG, or a hired thug for Mordheim. You will be told their forum name, so you can have a look at their PLog/posts to get a feel of what they might like. We want everyone on the same level and to reduce the number of ‘Is this ok?’ emails that get sent.

2) The mini should be in the post to the recipient by November 15th because Royal Mail and equivalent (earlier date than previous events due to current slow mail globally).

3) Gifts should be marked as such, by writing Yaktribe or something on the outside and having the model wrapped and tagged inside the postal package - why not use YakTribe festive wrapping paper - so that the recipient knows that it is their surprise and doesn’t open it by mistake.

4) Anyone who is having issues preventing them from fulfilling their commitments needs to contact us ASAP so we can arrange an alternative sender.

5) Everyone should be aware that they are meant to say thanks, and post pictures of their gift (although I can't imagine how to mention this without seeming condescending, as it should be obvious!) But it didn’t happen in all cases in previous years. Saying thank you is compulsory (once again, please bear in mind the sender will have put effort into your gift, even if they might not have the same ability as you, be nice!). We all like seeing pics on the day but we understand if being with family etc takes precedence over uploading here - you are agreeing to upload a pic at the earliest opportunity.

6) Its a seeecret! So don’t tell anyone who you are sending your mini to.

7) We want to make it clear that people are only supposed to send one model to their recipient - the levels of generosity in the past have been exceptional in some cases, but we want to avoid anyone feeling left out, or that their gift wasn't good enough, so please no super special gift boxes. - Some people have sent unfinished minis (this is not acceptable) etc in the past, whereas some have sent whole groups of models, which makes some people feel left out. Keep it simple - One, finished mini send by the 15th of November.
Reactions: jomur, Ben_S, Punktaku and 3 others
Show hidden low quality content
You must log in or register to reply here.