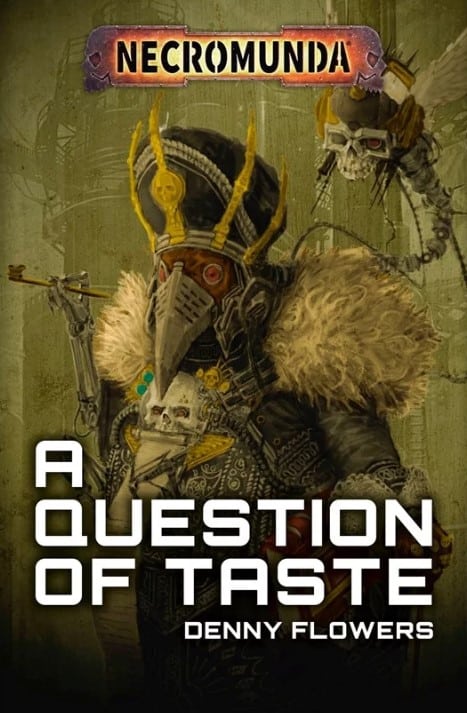 A Necromunda story
Life is very different uphive than it is for the inhabitants of the underhive… but one thing remains the same – you can never trust anyone.

READ IT BECAUSE
Discover the life of Necromundan nobles, and how their subtle politicking is every bit as deadly as the gang wars that rage far below.

THE STORY
In Necromunda's Hive Primus, life is very different for those who toil in the underhive and those who live up-hive, far above the planet's scarred surface. In the underhive, life is cheap. Up-hive, it is very, very expensive – and a commodity to be sold, not least by the guilds who grind down the remains of the dead into corpse-starch to feed the masses. When one such noble hosts a dinner with representatives of other guilds, the true cost of life becomes clear – as does one of the ways in which life is the same no matter where in the hive you live – there will always be war…
Written by Denny Flowers

A fun novel with a monster to make it interesting.
Read more…
Top Bottom