No permission to download
You are using an out of date browser. It may not display this or other websites correctly.
You should upgrade or use an alternative browser.
Overview Updates (1) Reviews (2) History Discussion 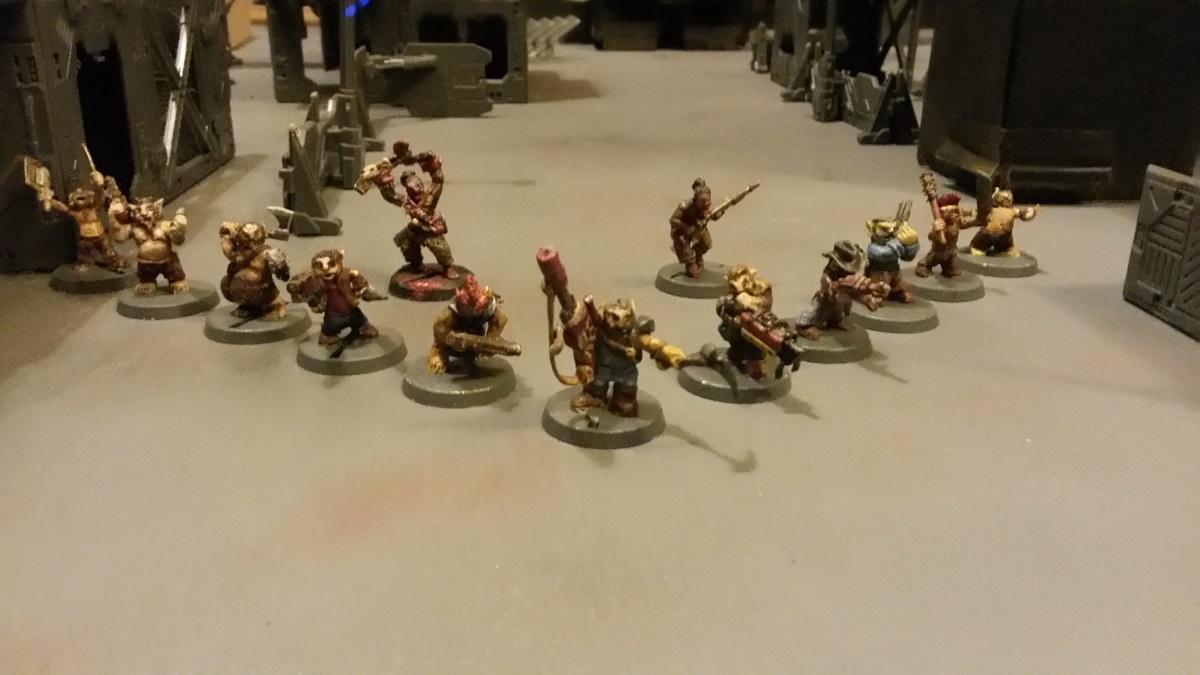 Okay first update after some playtesting. Playtesting found the gang to be incredibly weak. Unsure whether I have found a fix for this yet. Updates include;

The next planned update will be more about refining any problems noticed in gameplay and balancing them up so that they are not a bad experience to play as. Stub guns for Pests and an extra Regulator allowed to make up for their blatant lack of firepower and range.

Edit: - To Do List.
- Remove Pests "small target" rule.
- Replace this with "Hunker Down" - This skill (or another like it) will be given to all Ratlings in the roster. Ratlings will always benefit from -2 to hit modifier when in cover. This is to represent how good the Ratling is at making himself small when in cover. This rule will not apply if the Ratling is more than 1" from the cover he is benefitting from, as he must be "hunkered down" behind it. This means it is still possible for a Ratling to be -1 to hit behind cover (Open to suggestions for replacements for this skill. I need something that balances the T2 aspect, as they are currently too easy to play against).