No permission to download
You are using an out of date browser. It may not display this or other websites correctly.
You should upgrade or use an alternative browser.
Overview Updates (1) Reviews (3) History Discussion
The OCE is based on the Necromunda: Outlanders supplement published in 1996. It also includes The Heist scenario and Pit Slave Gang rules from White Dwarf. OCE is not an attempt to overhaul or hugely expand the Necromunda game, instead it should be seen as a fan update to an already solid set of rules.

The main aims are to balance the variety of Outlander gangs using minimal rewrites where possible and to fully incorporate the NCE ruleset. Also to clarify ambiguities, patch up rule holes and make minor tweaks and additions to improve general gameplay.

All changes to the original rules are marked in red.

You can follow development of the project and post suggestions in the NCE discussion thread. Previous discussion here. 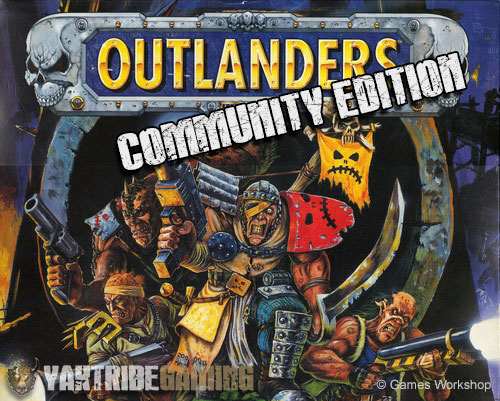 A great expansion to an already fantastic ruleset. NCE just got awesomer.
Upvote 0 Downvote
A great resource and a nice addition to the NCE rules. Great job guys!
Upvote 0 Downvote
Amazingly detailed, fair and balanced updates to the rules and a ton of clarifications taking all the player frustrations out of the original Outlanders and achieving what NCE did for the base rules. Fantastic work by Anthony and the YakTribe community.
Upvote 0 Downvote
Read more…
Top Bottom