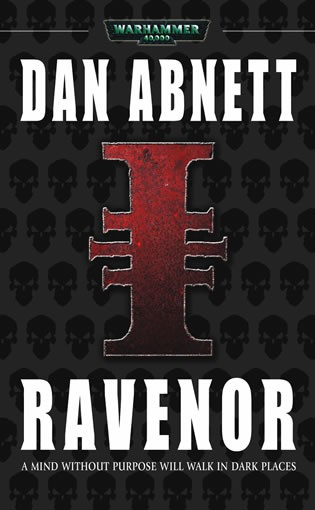 Book one of the Ravenor series

Encased in a life support system that forever cuts him off from the physical world, Inquisitor Ravenor utilises his formidable mental powers and devoted servants to thwart the machinations of Chaos.

READ IT BECAUSE
It's the follow-up to the immensely popular Eisenhorn trilogy, and the start of a brand new trilogy of Inquisitorial action.

When his body is hideously damaged in an enemy attack, it looks as though Inquisitor Gideon Ravenor's promising career would be abruptly brought short. Now, encased in a life support sytem that keeps him alive but forever cuts him off from the physical world, Ravenor utilises his formidable mental powers to continue his investigations. Along with his retinue of warriors and assassins, Gideon Ravenor fights to protect an Imperium he can no longer see, hear or feel.

WHY IS THIS HERE?
I've added this because the first half of this book takes place in the Underhive of a hive planet. It's not Necromunda, but in ways it might as well be. It is very descriptive of what the Underhive of this hive is like.