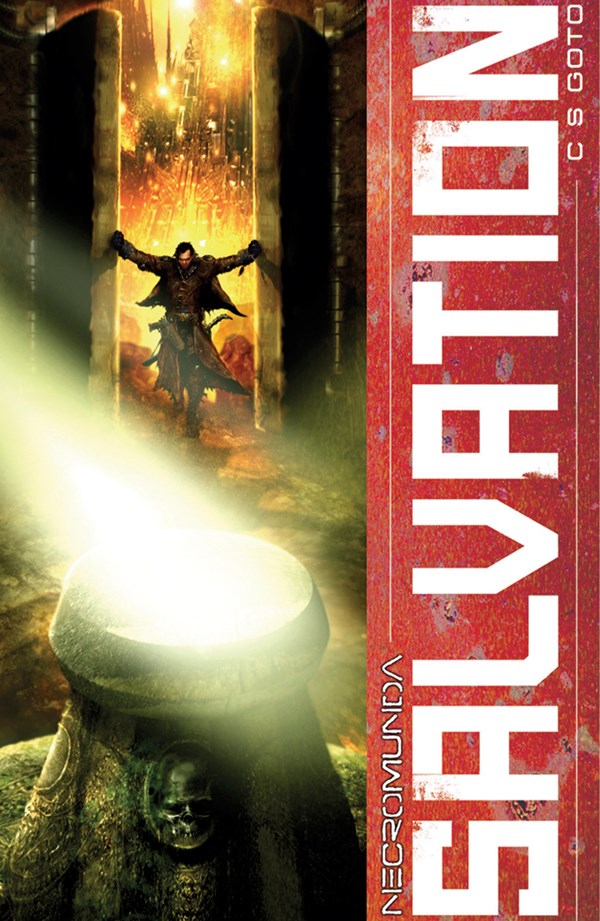 The Story
In the nightmare industrial underworld of Necromunda, brutal gangs clash in desperate battles to increase their standing with the rich decadent families who occupy the uppermost spire of the teeming hive city. Zefer Tyranus was enjoying the quiet life as a curator at House Ko'iron. However, when he discovers the existence of an ancient artefact that may link his aspiring family with the founding fathers of Necromunda, he sets off on a dangerous quest to the very depths of the underhive. Fame and prestige await him, he has only to survive long enough to claim it!

Read it because
A spy, a religious gang leader, and a librarian all want to get their hands on the same mysterious artefact. However, it’s in the bowels of the Underhive and many don’t come back from that cess pit. With tons of gory fights, wyrd magical powers, and gang warfare this is essential Necromunda reading. You also get a look at the mysterious realm of the Spire and its noble inhabitants.

As with a lot of necromunda stuff, if you don't look too closely or think too hard then it's a great read. It has plenty of gang interaction, a decent showing for every house except van saar, and even some outlander stuff (ratskins in the story and references to spyrers).

The good stuff:
-Awesome description of goliaths, cawdor/redemption, Escher, and the golden gates to uphive
-Immersive settings, giving a nice flavor to different parts of the hive and how different 'just around the corner' can be given the man made random construction of the hive
-Conversations between gangs, feuds and just general living within shooting distance of rivals is dealt with in a believable way

The average stuff:
-Ratskins and Orlocks seemed to be given lip service, but their parts either felt a little forced, or were rushed over. Partly due to the overall length, so not a crit of the writer, but more to say don't go into this hoping to be inspired to expand your orlock gang after reading.
-Some of the characters were a little cliché (the spys were super spy-y, the Escher leader was feminist to the max, etc etc). As this is part and parcel to the idea of necromunda, its only an average rating rather than bad, but still felt a tad jarring at times.

The bad stuff:
-the delaque super spy network of double crossing awesomness, just got so confusing and beyond belief. This for me really detracted from the overall story, as it came across at the end as a massive 'just as planned' moment. There was some nice comeuppance and twist near the end that I liked but overall I thought this majorly let down some of it.
-The gang sizes seems very strange, with at times massive fights/battles happening, but then in the next scene all of the gangs still having huge numbers to do the same thing all over again (and given there were a lot of actual deaths described in the fights I couldn't just put it down to similar to a TT encounter where deaths are quite rare).

Overall the book was good, and deffo worth a read. If you don't think too hard about the delaque stuff and fast read over that then it really is very enjoyable.
This book has pretty much everything Necromunda in it. It has members from all houses except Van Saar, and they all play prominent roles. It even has Ratskins. There are even glimpses of the Spire and how nobility live as well as displays of Wyrd powers, unfortunately, they aren't from any rule-set I have seen. The only real flaw I found with the book is the Delaque catspaw was overly elaborate and didn't seem well laid out for the reader. This made it harder to believe. Still a very good read and very good introduction to Necromounda.
Read more…
Top Bottom