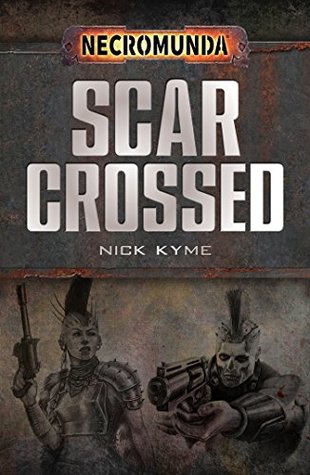 A sinner in an underhive drinking den bargains for his life with a Redemptionist zealot. His only hope? Telling a story that shows the true power of faith in the Emperor.

READ IT BECAUSE
It's a tale of star crossed lovers being told by a man whose life is on the line – so how much can his story really be trusted? And just how did he learn of it…?

THE STORY
The religious zealots of House Cawdor, sworn to the Crusade of the Red Redemption, are well known for bringing their particular brand of fire-fuelled faith to the inhabitants of the underhive, and burning those they consider sinners. So when a preacher and his followers barge into a dingy drinking den, things look bleak for the hardened drinkers. When one in particular draws attention to himself, he bargains for his life with all he has – a story of star-crossed lovers that he hopes will show the power of faith in the Emperor and save his benighted soul.

This one was goofy fun & just like in the play, pretty much everyone dies in the end. It plays out differently, but they are pretty much all dead. It even includes the line "Listen well, then, to a tale of two ignoble houses alike in indignity, in Infernal Corona where they laid their schemes..."
Read more…
Top Bottom