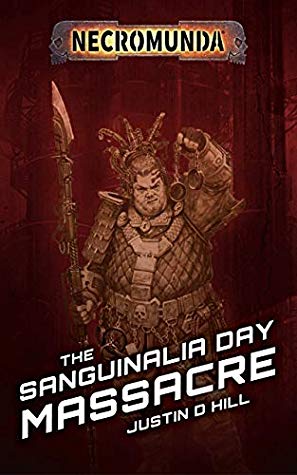 A Necromunda story
Every warrior has a story. For Thrax, who fights in the underhive death-pits, it is a tale of hardship, tragedy and murder. Discover it now…

READ IT BECAUSE
Experience a story told in an unusual way, as you'll learn the truth of Thrax's life and situation across a series of vignettes.

THE STORY
Life is hard in Necromunda's underhive. Is it any wonder that the blood-soaked spectacle of the pit fights is so popular? For Pitboss Barras, it's his living – and a good one. So when Thrax, a convicted murderer and Orlock ganger who killed his own parents, becomes available to add to his fights, he seizes it. But there's more to Thrax's story than meets the eye, and it will culminate in the arena as he faces Barras' star attractions…