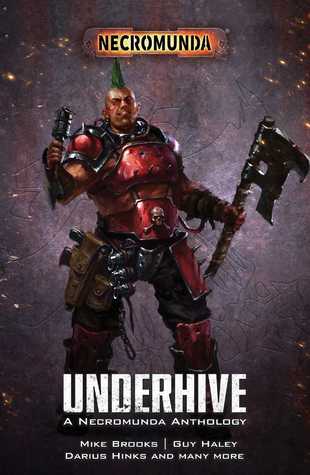 READ IT BECAUSE
In this collection of stories from Hive Primus, you'll experience gang warfare, ambushes gone wrong, epic quests for uncertain rewards and deadly hunts – among many other tales that can only be told in the underhive.

DESCRIPTION
In the sprawling, polluted hive cities of Necromunda, life is a constant fight for scraps. From the highest peaks to the lowest depths, rival gangs war and spill blood in a desperate battle to increase their standing with the decadent Great Houses. Life is short and brutal, especially for those on the climb.

Underhive rogue Kora Zekk makes a delivery of weapons to House Orlock, expecting betrayal. A sinner tries to win his life with a story of star crossed lovers. Goliath ganger Topek Greel seeks out an underhive legend, a killer with a terrifying record. And when a House Escher ambush goes wrong, Jarene of the Wild Cats finds herself outlawed. She has to take control and save her sisters in arms, from enforcers, bounty hunters, even other gangs. Can she restore her honour, and bring the true culprits to justice?