No permission to buy ($9.99)
You are using an out of date browser. It may not display this or other websites correctly.
You should upgrade or use an alternative browser.
Overview Reviews (1) History Discussion 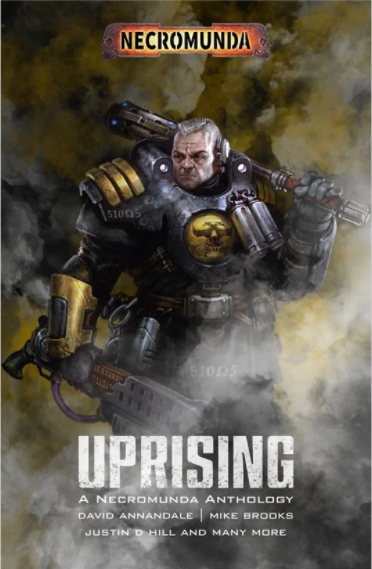 A Necromunda anthology
Venture into the underhive of Necromunda with a collection of action-packed tales encompassing gang war, strange events, desperate escapes, and cunning schemes.

READ IT BECAUSE
In this anthology, you'll delve into the darkest heart of the underhive, witnessing all manner of battles, plots, and horrors.

DESCRIPTION
At the heart of Necromunda, a sickness festers.Where the word of Helmawr is law, many go hungry… but murder is cheap, and meat is everywhere, for those willing to take it. While the nobles of the spire sit and watch, bloody-handed gangers fight in an endless battle for survival.

The venator Yar Umbra cuts a swathe through Hive Primus, chasing the promise of escape from Necromunda. A Cawdor juve, desperate to prove himself, finds a statue of the Emperor that will change his life forever. A Corpse Guild drudge learns what his superiors are desperate to keep forbidden. And Caleb Cursebound, ninth most dangerous man in the underhive, thief of the Hand of Harrow, flees to the remote mining settlement of Hope’s End, pursued by those who would see his reputation forever tarnished…

I love short stories and this is no exception.
Upvote 0 Downvote
Read more…
Top Bottom