No permission to buy ($13.99)
You are using an out of date browser. It may not display this or other websites correctly.
You should upgrade or use an alternative browser.
Overview Reviews (1) History Discussion 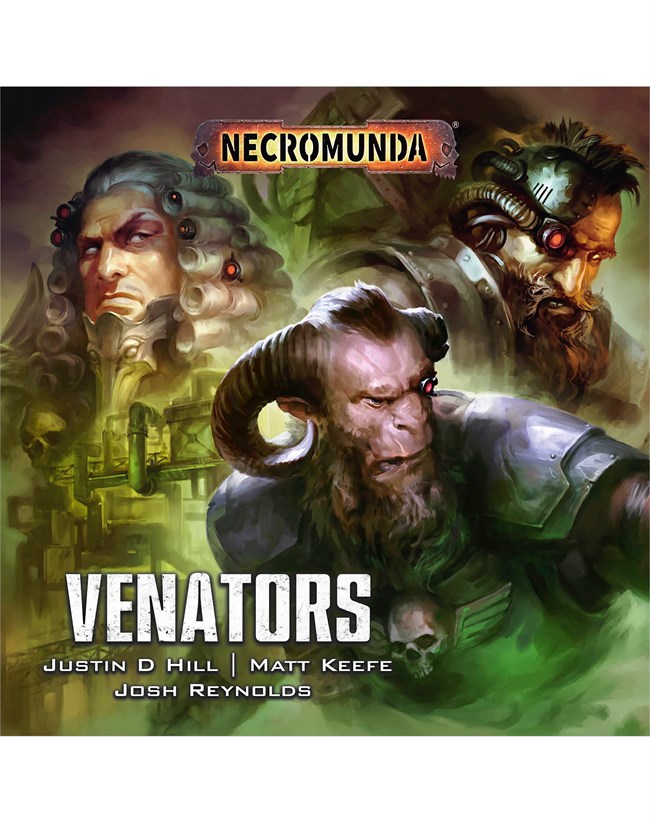 In the nightmare depths of Necromunda’s underhive, a trio of bounty hunters face challenges and trials as they try to scrape a living by bringing the guilty to justice.

LISTEN TO IT BECAUSE
Bounty hunters are among the most fascinating characters from Necromunda, and in this collection you'll encounter three, each with their own quirks, peculiarities and deadly skills.

DESCRIPTION
In the lower reaches of Necromunda's Hive Primus, countless hired guns and bounty hunters seek to make their fortune by using their deadly skills to bring in criminals, outlaws and those unlucky souls who've fallen foul of the Guilders. Each of these rogues and killers is different, with particular skills that put them on their path. Neither heroes nor villains, they live in the grey areas – and in these three audio dramas, a trio of bounty hunters have their tales told.

CONTENTS
The Deserter by Justin D Hill
A chance encounter with a stranger known only as ‘The Deserter’ might be just what Corenne needs as she struggles to survive in Necromunda’s underhive.

Expectatio by Matt Keefe
When he claims a rare artefact in place of an unpaid fee, underhive bounty hunter Baertrum Arturos is set on a quest that could make his fortune – if he survives it.

Half-Horn by Josh Reynolds
Three underhive fugitives shelter around a fire in the midst of a storm. They must be safe here, for the only one who could track them is Gor Half-horn. And he’s a myth, isn't he?

The individual stories are fun, so having them all together is also fun.
Upvote 0 Downvote
Read more…
Top Bottom