No permission to buy ($4.99)
You are using an out of date browser. It may not display this or other websites correctly.
You should upgrade or use an alternative browser.
Overview Reviews (2) History Discussion 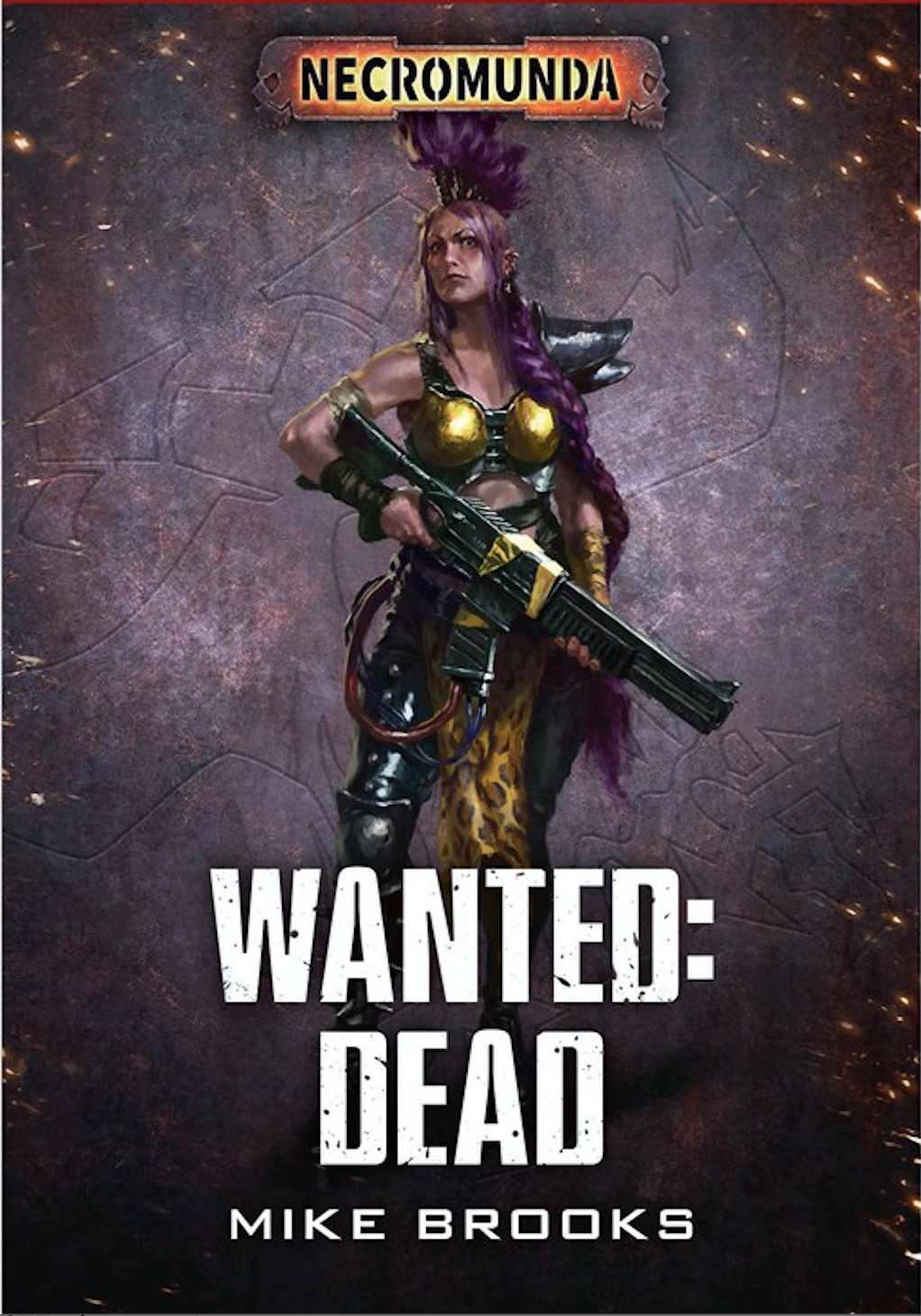 A Necromunda novella
When an ambush in the underhive goes wrong, and a Guilder gets killed, an Escher gang suddenly find themselves outlawed. Now the hunters have become the hunted, and everyone is after their blood…

READ IT BECAUSE
It's a rare excursion into the underhive, where we'll see what happens when gang warfare turns sneaky…

THE STORY
In the teeming hives of Necromunda, from the highest peaks to the lowest depths, life is a constant fight for survival. When an ambush in the Underhive goes wrong, and a Guilder gets killed, an Escher gang suddenly find themselves outlawed. Now the hunters have become the hunted, and everyone is after their blood – enforcers, bounty hunters, even other gangs. With their leader dead, Jarene has to take control and save the lives of herself and her sisters in arms, as well as restoring the honour of their gang. For the fateful ambush was no accident, and the true culprits need to face justice.

Also available on Amazon (US).

Great novel. Really nails the setting. I hope GW keeps with this format and I've already started looking into other books written by Brooks.
Upvote 0 Downvote
Wanted: Dead is my favorite Necromunda novel and possibly in the top 10 favorite novels period. I like the main character, Jarene, a lot and she's cute with her girlfriend in way that seems real and doesn't make me want to gag or is salacious. It's also fucking brutal, which feels right for the Underhive. And speaking of the Underhive, this is the first novel that really talks about the anatomy of the Underhive that also really seems to understand it (ok there are others, but this one does so very well). Several of the novels obviously take place in the Underhive, but it's anatomy isn't a big part of the story so they only touch on it, which is fine. Others do talk about the anatomy of the hive, but get REALLY wrong, from putting the Ash Wastes solidly inside the hive, to making it some sort of hollowed out cone where you could see the sump from the spire. The only other book that did it well was Junktion, but I didn't really like that one (found the main character to be WAY too lackadaisical about the deaths occurring around him). Wanted: Dead takes in the new lore and rules, it even starts with a scenario. So, if you don't like the new rules, you won't like this, but I think the new take on Eschers are pretty cool as the old lore was basically, look: girl gang! (I do know it was more than that, but not a whole lot more) The characters feel real, gang feels real, the hive feels real. The twist at the end was a lot of fun too. It is awesome!
Upvote 0 Downvote
Read more…
Top Bottom